Every week we take a closer look at the new normal and talk about changing behaviours that are forming in these strange times around the globe, and which of them might last.

Right now, the whole world is obsessed with Zoom or any of the other video communication tools. Video walls are 2020’s way of connecting humanity. And you now see them everywhere. In the Netherlands, at one of the #BlackLivesMatter protests, a video wall was used to add more people to the town square. In Denmark, football club AGF invited their fans to be present at their first game since the lockdown via video calls from their home of course.

And people have started to use video tools for all kinds of things: cooking clubs, playing trivial pursuit, video excursions, and more. But it is not just that our faces in video are everywhere, the video communication itself is changing. Slowly but surely we develop a new language:

We definitely need an internationally accepted hand sign for ‘UNMUTE’, so people don’t have to scream “you’re muted!” anymore!

Daniel Glaser tries to involve his audience by having them wave their hands, just so that he as a speaker gets some visual response “Wave fast for yes, slow for no.”

Matt Webb has experimented with projecting what he draws on the wall behind him.

And during the recent ThingsCon jam, a group of people worked on some really interesting projects that connect ‘things’ to ‘video calls’, adding an extra layer of communication to the Zoom panopticon. Like being able to give simple pokes to others at the meeting-table, or having a colored light switch on so you can quickly see how people respond.

Matt Reed made an AI-driven stand in for zoom calls – right now this is lovely speculation on what is possible.

Here’s one more example, developed by MediaMonks labs. They developed a game to play with colleagues – combining video calls with some object recognition/machine learning tools. The game goes like this: you sit in front of your computer at home, your colleagues/friends as well, and you asked, “find this object and show it”, for example, “find a wineglass” – you run to the kitchen and back to your laptop and the wine glass is recognized, if you are the first one, you get a point.

Big tech is laser focussed on video communications right now, especially as the Big Five failed to see the opportunity like Zoom did. So innovation is taking place there as well, in small steps. Google Meet as of this week can suppress sounds other than voices from a video call. In Microsoft Teams you can blur your background.

But maybe right now the Snapcam filters are even more interesting. What if I could be ten times more beautiful in any video call from now on? The camera recognizing my face and my emotions and adding some warning signs on screen for those who watch? This we can do already, right? 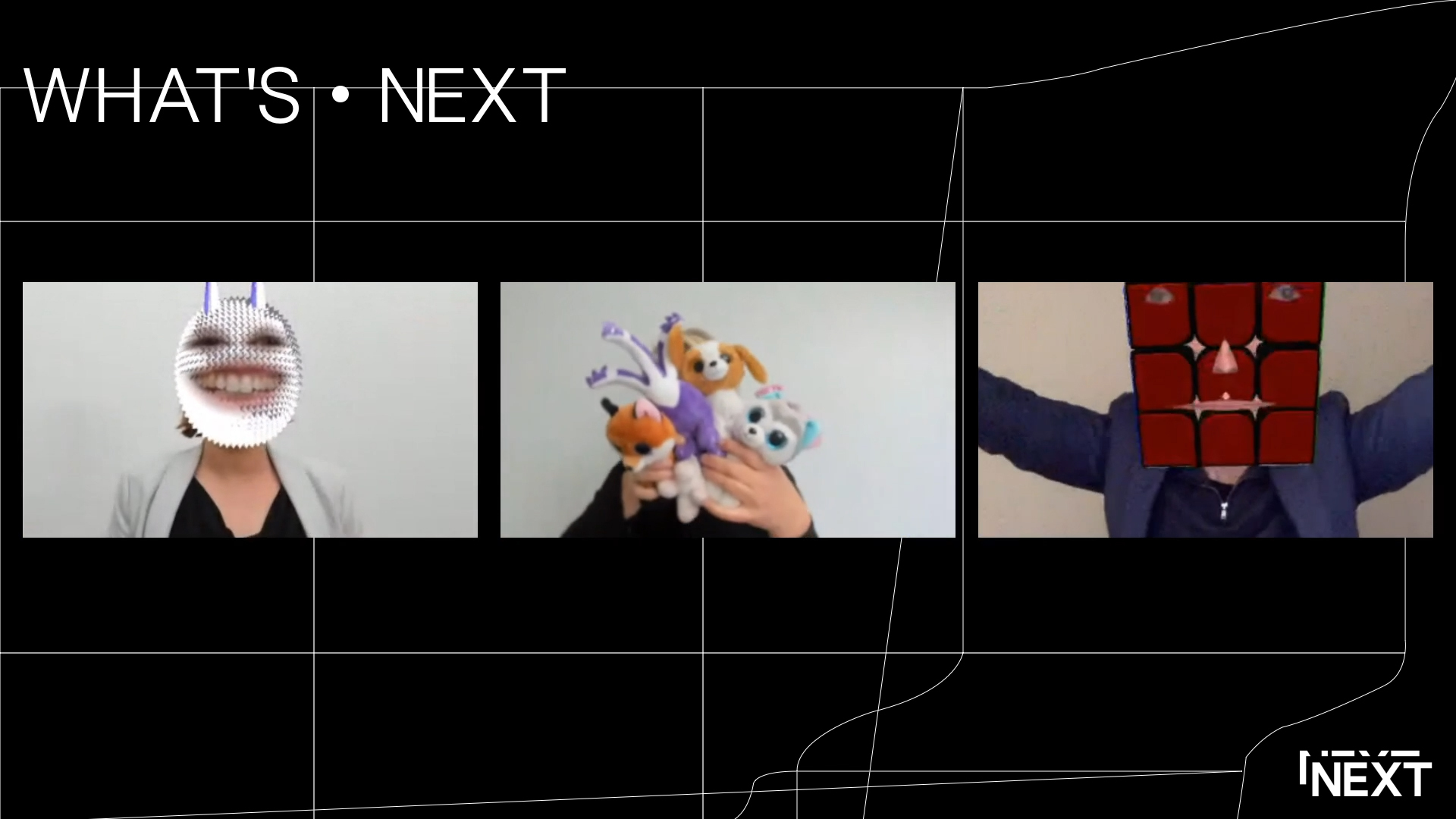 With every camera switched on and allowed to analyse us, our facial movements and our emotional expressions, we’ll train the algorithms behind them. IBM this week announced that they’ll no longer offer general-purpose facial recognition software or analysis. They feel so strongly about this they wrote a letter to the US Congress about it to say they oppose all use of this technology for mass surveillance and racial profiling, and that it’s time for a national conversation about how domestic law enforcement uses facial recognition. Interesting times when a tech company is the one being an activist for the regulation of tech! But IBM is right: a huge conversation is necessary when it comes to facial recognition and the role it’s going to play in our societies in the years ahead. Amazon and Microsoft also put a moratorium on their facial recognition software, banning US police from using it for social profiling. We can’t turn our faces away from that discussion: pun intended!

To close the picks of the week, we chose this story about the future of transport. The German startup Lilium believes that a big part of our mobility future lies in flying cars and taxis. Now, Lilium has just had a 35 million dollar investment from Baillie Gifford, the second-largest investor in Tesla. So that’s a vote of confidence. These are electric flying vehicles, designed to carry a few passengers short distances in urban environments or regionally between cities. Sounds too far-fetched, too much like the jetsons? Ten years ago we would have said the same about self-driving cars! Then again, there’s probably a lesson from self-driving cars here. It’s not necessarily the technology – though in both cases here the tech isn’t yet perfected – it’s the regulation and city infrastructure that will make this difficult.