VICE's head of innovation believes that if you watch the networks, you can spot the tsunamis of cultural change coming your way and adapt before they hit. 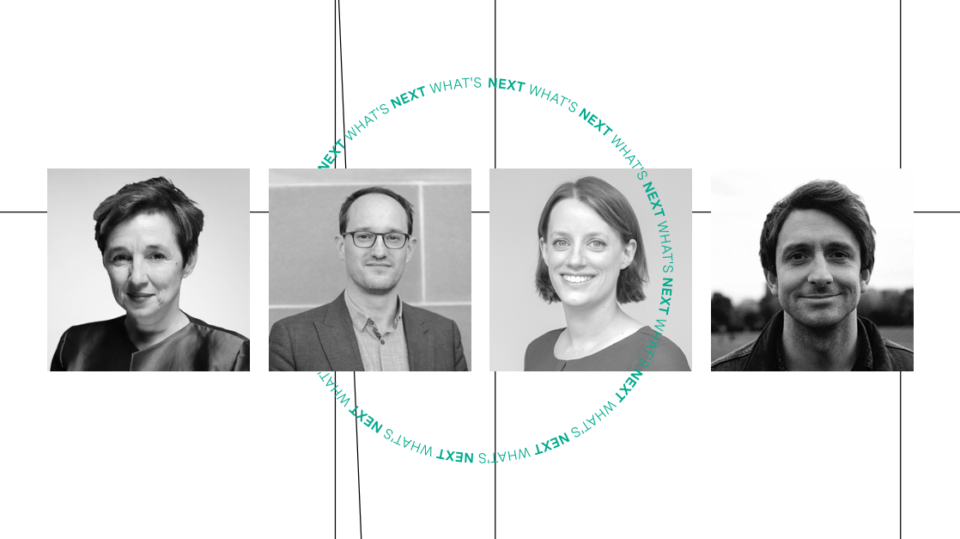 Mark Adams is the Chief Innovation Officer at VICE. Before that, Mark was the co-founder of The Audience, which raised $40 million in funding to become a digital creative agency for the world’s most iconic celebrities.

During the ninth episode of What’s NEXT, he explored how a brand’s values allow it to spread rapidly through networks of passion and interest, and to keep growing because of that.

Even before the pandemic reshaped consumer economics in a matter of weeks, some of the biggest brands in the world were looking a little shaky. And, as Mark Adams explained, that’s all down to a fundamental lack of understanding of how digital networks operate.

“Why are some of the companies that have been the most established names in all of our lives for so long, losing market share?” Mark Adams asked. “Who are they losing it to?”

These insurgent brands are clearly doing something that their older competitors aren’t.

“What is it that these new companies that are starting to gain market share are doing that is different?”

To answer that, Adams looked back at his own past. He charted a course from a geeky, girlfriend-free childhood, through university, steadily acquiring digital skills along the way. “As those kids often do,” he added, ruefully.

Those skills allowed him to launch a business helping celebrities get themselves established on the web. The consultancy he built was eventually acquired by the talent agency William Morris Endeavour.

The major insight he took away from this journey is that cultural brands — like Madonna — who had reinvented themselves again and again, suddenly stopped evolving when the internet arrived.

“And in fact, not only did they stop growing, but they allowed an insurgent, for example, Lady Gaga, to essentially steal their place in culture.”

He now runs Vice Media Group’s consulting arm called Virtue, and they get companies coming to them all time, saying that they have sacrificed everything on the altar of scale, and they’ve stopped growing. And they don’t understand why.

“They say ‘we’ve literally bought every single thing that our media agency and Facebook and Google partners have told us to do. And we’ve stopped growing and it doesn’t make any sense to us.’ And we say to them, look, there’s a playbook you haven’t been told about.”

What is that playbook?

The Virtue approach starts with defining three to five core truths that are radically authentic about your brand. Then, they suggest you find a network or community or tribe that’s relevant to those truths. And that’s the critical step.

Adams alludes to the Peter Thiel saying that at the start of the creative process, each decision you make halves or doubles your chance of success at the end. Does defining the audience you want to grow from demographically double or halve your chances of creating good work and success at the end?

Adams made it plain he thinks it halves it. And he cited the example of The Prince of Wales and the Prince of Darkness, Ozzy Osborne, who are the same age, live in more-or-less the same place, have the same number of kids and both of them make the same amount every single year in revenue.

“Good luck creating a campaign or a piece of content that will speak to both of these people equally,” said Adams. “So what we start to realise is you cannot land a creative punch in a demographic, it’s just impossible. It’s like fighting a poltergeist, it can’t be done.”

Even if you do manage to succeed in it, Gen Z and younger millennials hate it when you do it. “If you start talking to people about their gender, their sexual identity, their economic status, their age, their ethnicity, all the demographic stuff, you’ve lost them,” he said. “If you start talking about personality values, hobbies, passions, you’re in the game.”

So if you want people to care at the end, he suggested, you don’t make poor decisions at the start.

“The number one original sin of all bad brands — and why brands are not growing — is starting with demographic segmentation. It’s all downhill from there.”

So, where do you start? Look at what interests people: cycling, running, electronic music. These are networks of passions, said Adams.

“Every single room you’re in is a cluster of these networks,” he continued. “And there’s an opportunity when you realise that the internet is just this times a trillion. The internet is just an interconnected set of networks. That’s the fundamental architecture you have to deal with.”

The secret to growth lies in understanding this — in understanding the network effect. “The companies that are growing and taking market share from the old playbook 20th century brands are ones that are creating new network effects that are more powerful than the companies they’re surpassing,” he explained. “And the way they’re doing this is they’re realising that everything starts as a niche.”

If you pay attention to tracking networks, and look at the growth rate, it doesn’t matter how small something starts, if the growth rate is fast, it’s going to get big.

“The word culture doesn’t mean anything. It’s just a bunch of networks that create this thing called culture. ”

“So I would say it’s not a case of getting rid of demographics, but it’s a case of moving past them in a respectful way. And realising that networks, communities and tribes will give you all this growth.”

Lululemon is a yoga brand, and one of their clients.

“It’s about breathing and flow, meditation, non violence, self discipline,” said Adams. “And if you use machine learning, you can actually identify networks that exist in culture that are about exactly the same things and are using exactly the same terminologies every single day.”

The created a new platform called This is Yoga which connected all those tribes and communities. The network effects kicked in, doubling the Lululemon stock price in one year. Adams makes the point that they got that growth by contributing positively to those networks.

The vodka brand Smirnoff were sponsoring lots of electronic music events, but only 7% of DJs on stage were female. They encouraged the brand to specify that 50% of all DJs at events must be female — or they’d pull their sponsorship straight away. They made some films to support the initiative, and then saw it spread far beyond the initial networks.

“Networks do what networks do, which is spread information.”

Media that spreads via networks

But to really harness that effect you have to create media that will reach beyond the initial network. Hollywood understands this.

To create network effects, starting with communities, you need to build meaningful memory structures with them.  Then you blast that at the rest of the market. “The small brands in the world, the new insurgent brands are never stopping doing that,” he said. “They’re creating intellectual property that never ends. They never say ‘the campaign’s over’.”

He gave the example L’Oreal’s Urban Decay brand. “We identified a body positivity tribe that we wanted to speak to.”

For the second round of the campaign, Adams realised they had to go back and make it better.

“And what we realised was there was a lady within body positivity you may have heard of called Lizzo,” he said. “Now in 2017, no one had heard of her. But again, by network tracking and looking at content consumption habits and velocity growth rates, we saw Lizzo was about to cross the chasm into the mainstream.”

They pitched this to L’Oreal, and they went for it. Four months later, she was entertainment person of the year in Time.

This is a summary of an interview with Mark Adams, conducted by David Mattin and Monique van Dusseldorp during the NEXT Show on July 2nd 2020. You can catch up with Mark and his work on LinkedIn or on Twitter.