Matthias Schrader stacked up his personal list of thought-leading book picks for this summer. 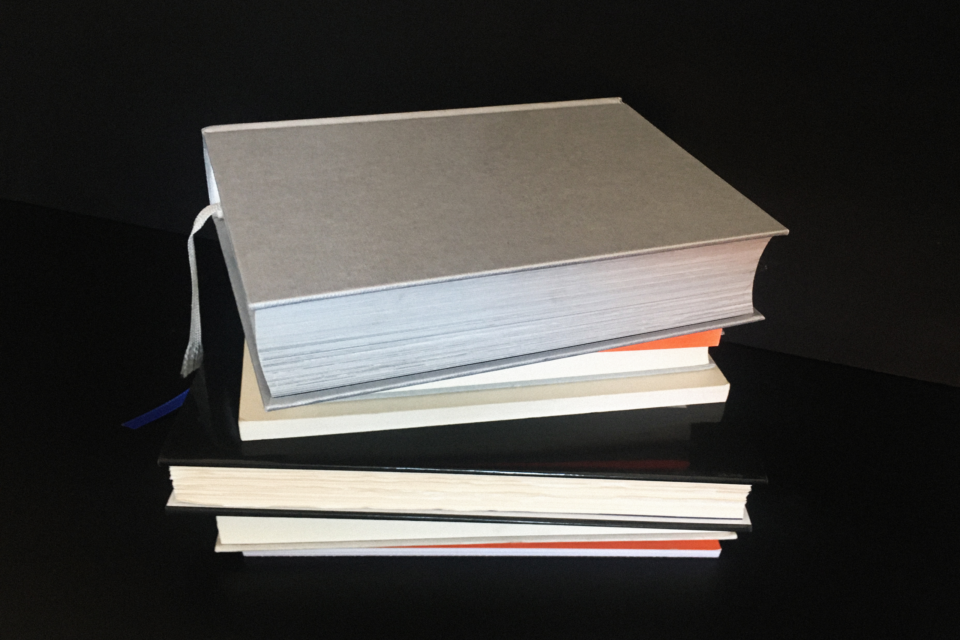 The world works as we design it. And a lot doesn’t work very well. In his book, Mike Monteiro appeals to the responsibility that we as designers have. Design is a craft with responsibility; it’s our responsibility to help create a better world for everyone. The monsters we release into the world bear our names. We all know what “Black Hat” design feels like and how it exploits people. And the path between experiences that improve and those that manipulate people’s lives is often narrow.

This small book is something of a rant and often a general statement of what is currently going wrong in Trumps’ America. Nevertheless, it is very entertaining and contains many good points that we, as designers, should be aware of our work. Although I don’t believe in the author’s solutions (i.e., a certification process for designers), it’s still a reading recommendation from me.

I have a corner of my bookshelf with classics that I try to pick up every year and reread the most interesting passages again that I have marked for myself. This book is one of them. I got to know Peter Hinssen as an author in 2009 through his book The New Normal, in which he discussed the smartphone revolution as everyone’s internet access device (Apple launched the iPhone in 2007). Two years later, he followed up with The Network Always Wins and we invited Peter as a keynote speaker for our NEXT Conference.

In this book, he deals intensively with the network effects that arise when everyone is connected with everything. His core thesis is that every company itself must also become a network to survive.

Forget the singularity: the thinking machines are already here, and they make extraordinarily complex decisions, from the fight against cancer to whether to send someone to prison. The central question about artificial intelligence — and the algorithms that drive it — is whether we can trust it to do the right thing, especially if we cede decision-making power to mathematical constructs and probabilities. But programmers are also human. In theory, the technology is morally neutral — a drone can be used to take pictures or kill people — so, in reality, what Fry describes at the beginning unfolds:

“Each [algorithm] is inextricably linked to the people who build and use it.”

The author skilfully and clearly writes about some of the more sensitive issues, such as Bayesian Conclusions, which are incorporated into the safe operation of driverless cars; and the use of algorithms to rework film scripts to “make a film more profitable at the box office”. The book often only scratches the surface of AI – but it’s well written and light to read.

In the 1920s, Vaihinger not only stirred up his discipline with his philosophy of “as if”, but also achieved broader impact, and his work became very popular. The book was republished three years ago as a print-on-demand short version (400 pages…) and this summer I will definitely manage to read it 😉

In Die Philosophie des Als Ob, Vaihinger argued that humans could never really know the underlying reality of the world. Therefore we construct systems of thinking that reflect reality; we behave as if the world corresponds to our models. But Vaihinger goes even further:

“An idea whose theoretical untruth or falsity and thus its falsity is admitted is therefore not practically worthless and useless; for such an idea, despite its theoretical nothingness, can have great practical significance.”

The one-hundred-year-old text is food for thought in today’s world of fake news and rampant anti-scientific hostility.

The central thesis of Scale is that a multitude of complex systems react in a similar way to increases in size. Geoffrey West shows that these similarities reflect the structural character of the networks underlying these systems.

The origins of the laws of scale in biology are rooted in the universal mathematical, dynamic, and organizational properties of the diverse networks that distribute energy, materials, and information to local microscopic locations such as cells and mitochondria in organisms. West’s work has distilled three fundamental properties that go beyond the enormous diversity of biological (and, as it turns out, non-biological) networks. These are:

Remarkably, these network properties can also be found outside biology, like in cities and corporations.

Matthias Schrader is the founder of NEXT and CEO of SinnerSchrader / Managing Director Accenture Interactive ASG Lead.