Far from revealing a Generation Gap, COVID-19 is highlighting the strength of the family

This crisis has highlighted a rarely acknowledged fact in this fragmented individualistic age; our emotional and economic dependency on our family has never been greater. 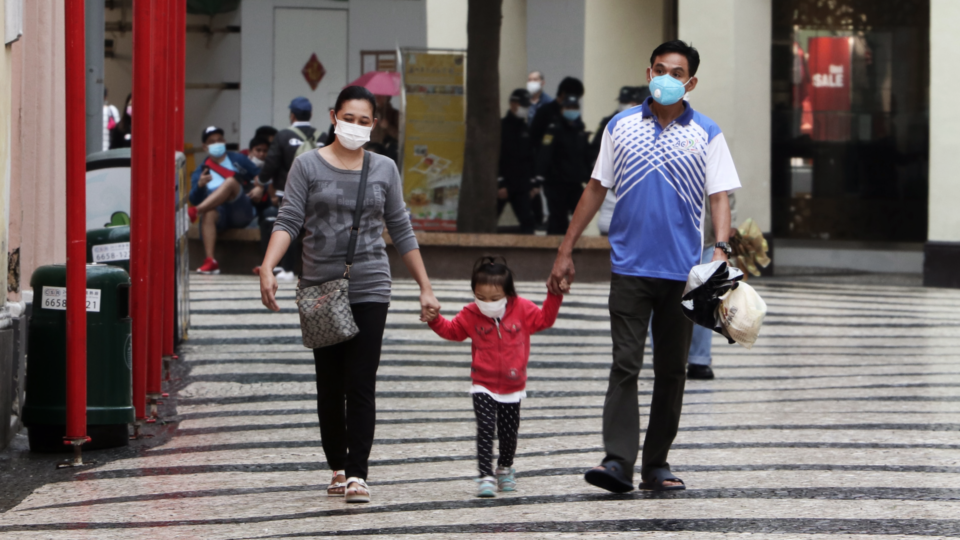 How has COVID-19 impacted the family? This virus, which clearly discriminates by age, appeared to be reigniting an already well-established generational war. Except this time the stereotype of the young was not as triggered snowflakes but an entitled lot who thought they were invincible. #boomerremover briefly trended on-line as a crass nick-name for Covid-19. Meanwhile, a self-appointed minister of moral responsibility, Piers Morgan, told ‘selfish Millennials’ to ‘wake the f**k up’ as both the head of the World Health Organisation and the White House warned Millennials that they were not immune. In the US, Kylie Jenner and Alexandra Ocasio-Cortez stepped in to urge their separate tribes to act responsibly.

In truth, any claim of a generational war brewing was misplaced. For a start, most of those partying on the beaches or in pubs were not Millennials at all but the generation after them, Generation Z (born after 1997 and now reaching their teens/early twenties), inventors of the #okboomer label too. It is worth remembering that the majority of Millennials are in their thirties, and are doing this lockdown with kids.

‘It is worth remembering that the majority of Millennials are in their thirties, and are doing this lockdown with kids.’

In fact, the real generational tension of this pandemic lay initially in frustrated Millennials lecturing their indefatigable Baby Boomer parents to take the virus seriously. In some families, it meant a role-reversal where thirty-something children found themselves nagging their seventy-something parents to stay in. American writer and Vogue contributor, Molly Jong-Fast tweeted how her 78-year old mother was still going out for dinner.

Her mother refused to see herself in the vulnerable category and did not consider herself as ‘elderly’. Jong-Fast resorted to sending her mother pictures of mass graveyards in Iran to get her to take the virus seriously. In China, young people also shared their difficulties of controlling obstinate older relatives. One woman in Sichuan even reported her parents to the local authorities for venturing out to a local teahouse which should have been closed under the lockdown.

I know countless friends who have found themselves in the perplexing position of nagging their Baby Boomer parents to cancel trips, avoid social clubs and abandon their shopping or beloved coffee mornings. It is Baby Boomers, who survived the sixties and dodged nuclear annihilation, who are really struggling with their fallibility during this crisis.

“It is Baby Boomers, who survived the sixties and dodged nuclear annihilation, who are really struggling with their fallibility during this crisis.”

The coronavirus seems to have accelerated the care reversal process that inevitably happens within families; that tricky shift when the children start to parent the parents. “I still think of my parents as the grownups, the ones who lecture me about saving for retirement and intervene in squabbles with my little sister,” wrote New Yorker contributor Michael Schulman, “It took a pandemic to thrust me into the role of the responsible adult and them into the role of the heedless children.”

Epidemiologists seem to agree that transmission is most likely to happen within homes rather than in public, and therefore the initial struggle for governments was enforcing social distancing amongst relatives – not strangers. There is tentative evidence too that the virus is spreading quicker in countries where the extended family is strong and where there is a high proportion of multi-generational households.

“Fatality rates are reportedly much higher in those countries that have the largest share of people aged 30-49 still living with their parents.”

One early thread of research by demographers at Oxford suggests that fatality rates are reportedly much higher in those countries that have the largest share of people aged 30-49 still living with their parents. Italy is one of the countries with the highest percentage (over 20%) and it is these boomerang Millennials, socializing in the cities and then infecting elderly relatives at home, who have been singled out as the nation’s super-spreaders. China and Spain also have a high proportion of multi-generational households but so does the Muslim community in the UK. Looking at the geographical pockets of where this virus is taking hold – Slough, West Midlands, South Yorkshire – it has been suggested that the Muslim community is particularly at risk.

But the truth is that we are all vulnerable for the very fact that families are much closer and more financially dependent than ever before. The virus is spreading in places where the employment market and housing situation for young people is unstable and where living with mum and dad is the only way. It is also spreading in places where childcare is expensive and grandparents pick up the slack. Grandparents save UK parents an average of £161.1bn a year by providing informal childcare.

With nursery fees and after-school clubs cripplingly expensive and with 40% of four to five-year-old children living less than 15 minutes away from their maternal grandparents, it is often the grandparents (read grandmothers) who have been the key drivers enabling parents (especially women) to work.

One of the chief reasons why the UK government was initially loathed to close schools was the fear that grandparents would step in as carers and therefore be put at even greater risk. In Spain, the phenomenon ‘burnt-out grandma’ is so widespread that in 2010 unions urged them to refuse their duties and go on a childcare strike. Grandparent care is also the main source in Italy and China – in Shanghai the rate is 90%.

This crisis has shed a light on a fact that rarely gets acknowledged in this fragmented lonely age; our dependency on our family has never been greater. But although it has revealed the importance of the extended family, the impact of the crisis will be most felt on the nuclear family. There are two different experiences of the lockdown happening right now: those households with kids and those without. Those in the former category are conducting the greatest social experiment in the history of the family since the invention of formal education in the 19th century.

Pandemic coping strategies for the family

With no access to paid or informal support, and with the majority of couples also having to juggle work commitments, the great unknown is how the nation’s families will cope, or change. Families and couples that normally spend on average two-and-a-half hours together are now having to schedule their lives around each other 24/7, and under the most acute circumstances, worrying about vulnerable relatives, economic woes and the constant drip-feed of depressing news. Could it be that this extra time together uncluttered by the rigid school, activities and work timetable is bringing children and parents closer together? Or does the complex and messy merging of work/life mean that parents are unable to do either effectively? The latter is how most working women constantly feel anyway, maybe fathers will begin to understand the challenges much more?

Despite the growing equalization of financial contribution within couples over the last thirty years, men have not stepped up in the same way within the home. Women are still doing the majority of chores and childcare. Now there is no excuse. Will this period trigger greater equalization or greater frustration? The example from China’s lockdown suggests the latter where the rate of divorce requests have so overwhelmed local officials they have been forced to put a daily cap on the number of petitions. Some are predicting that maternity units will be very busy in nine months’ time – which could even go some way towards reversing an 8-year decline in birth rates. The last baby boom in the aftermath of the Second World War was born out of a sense of fragility and so may this one be.

Social conservatives have long bemoaned the decline of the family; in fact, it has never been so strong and culturally tied. Even before coronavirus, fathers were taking on ever more duties and parental leave, grandparents were providing indispensable hours of childcare and working mothers were spending more time with their kids than stay-at-home mums did in the 1970s. This crisis, through both distance and intimacy, will only strengthen that sense of dependence and bond.

Dr. Eliza Filby is a Generations Expert and Historian of Contemporary Values. This post first appeared on LinkedIn.