The pandemic has unleashed an exponential shift in urban patterns

After a year of remote working and online retail, we're never going back to the old way of living. The new normal will unleash an exponential change in the relationship between towns and cities. 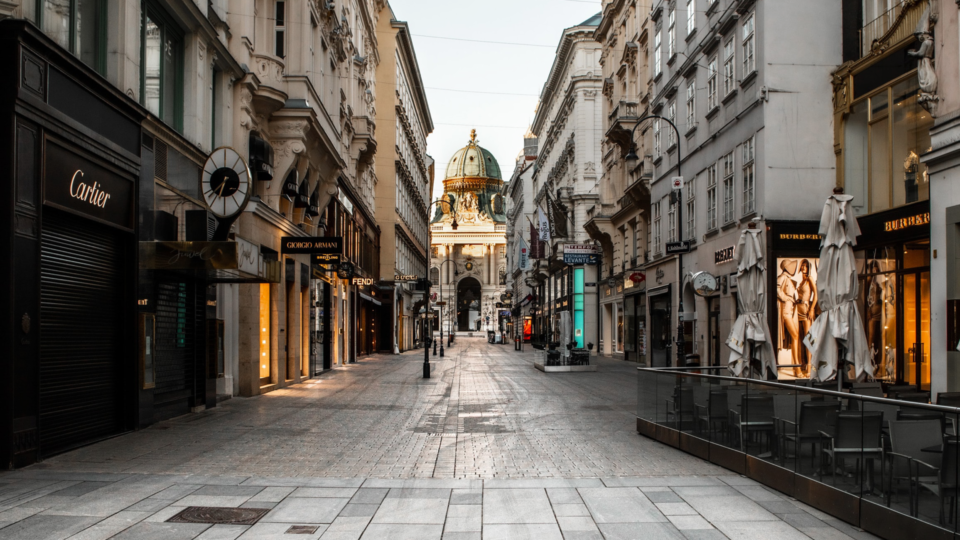 We’ve all had a sobering lesson in exponential changes in the last year, and we might have more in our near future. The pandemic has laid the groundwork for a transformative shift in the power balance between different parts of a country. As we emerge from this crisis, in some places those shifts will become exponential.

It’s the classic property salesman’s maxim: location, location, location. Locations matter. And, while generally speaking, we’re not getting much extra land at any point, the characteristics of land change over time. Areas decline in desirability, and others grow. We know the gentrification cycle and how it operates.

However, we haven’t had really dramatic changes in many locations for the best part of a century. In a single pandemic year, our relationship with place has been fundamentally changed. The brief blip of stay at home orders turned into a long-term experiment in remote working. For most, it’s a change they won’t give up easily. It’s going to be very hard to build a compelling case for the traditional commuter-driven workstyle. We now have proof that it’s unnecessary.

The office in decline

As I was writing this piece, one UK newspaper publisher announced that it was shutting the majority of its offices, and committing its workforce to home working (for the time being) and eventually remote working. That’s just one symptom of the coming change.

Rural Cornwall, which has been a popular holiday-and-second-home destination in the UK has suddenly become its real estate hotspot, displacing London. The county, which has been blighted by poverty and an economy sustained by seasonal tourism, might be about to see a massive change. New residents surge in, looking to live and work there. Neglected schools, that struggled to fill classes from the few homes that hadn’t become holiday lets, might see demand for their services surge. Local businesses will thrive off the back of more sustained, sustainable demand. Holiday cottages shift back to residential use.

And then the next order of effects kicks in — as holiday stock in Cornwall decreases, holidaymakers have to start looking elsewhere for their breaks. The economies of other towns start to shift. Predictable changes in house prices become prone to unpredictable fluctuations. Investment becomes trickier, as the old certainties break down. Some will throw the dice, and take the risk. Others will hold on to their cash, and see how the changes pan out.

These changes do not happen in isolation. Our nations weave webs of real estate and infrastructure between themselves, supporting the way we want to live and work. If we change those, the infrastructure has to change to adapt. Retailers, hit by collapsing footfall in stores and a massive shift to online sales, are converting their retail property to “dark stores”, which act purely as fulfilment centres, not shops.

Meanwhile, what of our cities? Well, they will survive. As Azeem Azar made clear during his talk on What’s Next, cities are humankind’s greatest achievement, and will remain critical to our way of life. But they will change. The  “donut city”, with central districts hollowed out by a collapse in commuting, will only ever be a temporary stage. That space will be acquired, redeveloped and the city centre will regenerate.

The Financial Times’s Simon Kupar explored the form this will take:

The basic exchange that’s required is obvious: cities need to take space from cars, offices and shops and give it to affordable housing, community and nature. The city of the future may look a lot like the city of the past, just cleaner: bicycles, farms and 18th-century-style homeworking rather than flying cars.

For city centres dominated by office space, this process will be dramatic. Eighty-eight per cent of British people who started home working during the pandemic wanted to continue doing so in some capacity, according to research by Alan Felstead of Cardiff University and Darja Reuschke of Southampton University.

That doesn’t mean they never want to come to the office. We humans are social creatures, and Zoom only gets us so far. Our reasons for heading into town will change, though. Kupar again:

In future, workers may come in once or twice a week to meet colleagues and clients. That would allow companies to downsize or close offices: weekly team meetings could be held over brunch in a café or rented space. Some companies might bring staff together for a couple of days a month in a country house or resort. That would be nicer and cheaper than permanently renting downtown premises.

And this is where the potential for exponential shift comes in. Once these patterns start becoming established, land use has to shift to accommodate them. There will be upwards pressure on useful commercial space in regional towns and cities, which see an uptick in population. Struggling rural pubs and restaurants might now see a much more consistent week-long trade. Under-utilised commercial space might spur into life as serviced meeting spaces. The co-working movement might accelerate.

Meanwhile, back in the cities, there will be a winnowing effect — the best-run restaurants and bars in the best locations will survive. Those who through poor management or poor luck are in the wrong place with the wrong offer will close. Property values will readjust.

But this is the critical point that will determine how each city and each country adapts. There is pretty much no such thing as a pure market economy of real estate. The vast majority of countries have some form of planning control and laws to support them. Those cities with the ability to shift planning restrictions and urban zoning quickly will be best placed to compete for people and businesses.

Leave the cities to the young

Not everyone will leave. For the young, there’s an inherent attraction to urban centres that’s unlikely to change. They like being near restaurants and bars where they can socialise, and develop friendships and potential partners both for life and for the night. Rapid conversion of low-demand and outdated office stock into more affordable residential will change the character of cities, but allow them to change and thrive during the transition.

However, any legislative and regulatory intervention should have its eyes firmly on the future: this is a one-off inflection point that has the potential to completely reshape our relationship with travel. We need to make smart choices that aren’t just based on responding to the economic crisis precipitated by the viral one. We also need to reshape our environments ready for the next crisis: climate change.

Not all cities will be equally impacted by this trend. Countries like the UK or France, with a single city dominating economic activity, are likely to see sharper changes. Countries like Germany, where economic strength is more dispersed among cities, and different uses are already more mixed within the city centres are less likely to see dramatic shifts.

But a recent report suggested that across Europe, over 70% of real estate owners and investors are looking seriously at repurposing assets to deal with post-pandemic shifts. Investors have been holding capital back during the crisis, waiting to see what happens. That means that there’s a pent-up demand for investment opportunities, that will start to accelerate changes already in progress.

Steering the way exponential change happens is hard, as repeated lockdowns have shown us. But now is the perfect time for any business to start looking for opportunities in the midst of this shift. And for governments to take a long, serious look at what they need to do to help shape the coming change in the right direction.

Photo by Philipp Lublasser on Unsplash