The tech industry enjoyed a quarter-century of regulation honeymoon. It's over now. The attention economy requires a new approach. 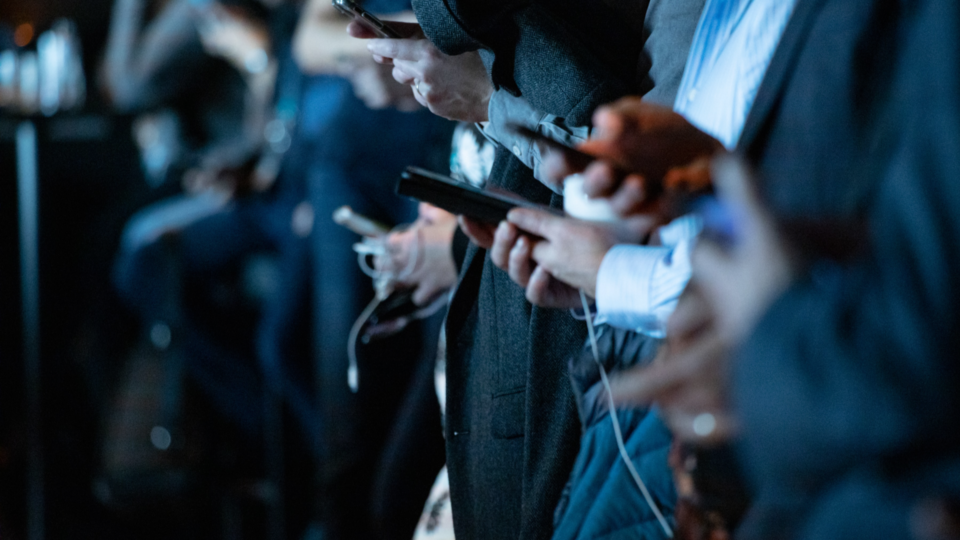 Over the last couple of years, the debate on the regulation of technology in general and Big Tech in particular has heated up. This isn’t surprising, given the sheer size of its economic and political impact plus its speed of development and innovation. Regulation has become a question of when rather than a question of if. The discussion has now reached a point where even pundits like Vivek Wadhwa warn that the world must regulate tech before it’s too late, in Foreign Policy magazine. Regulating tech happens to be a mainstream topic, like tech itself.

What is regulation? It basically means that governments and parliaments make new laws or change existing ones that govern tech business. So the first question is: Why do we need new laws? There are, of course, already laws that pertain to technology and the internet. In fact, there is a long-standing history of both general law applying to tech and the creation of tech-specific law. For example, the Telecommunications Act of 1996 was an early milestone in the US, as was the Telekommunikationsgesetz of the same year in Germany. Without these laws, we probably wouldn’t have the commercial internet we know today.

These laws essentially created new markets (in Germany) or at least significantly extended existing markets (in the US). Both are examples of market-creating regulation. Even a free market, whatever that is, doesn’t exist in of itself. Any market needs to be created by bringing sellers and buyers together, generating money, setting some rules and ensuring basic governance. Without rules and governance, the rule of the strongest would apply. That’s what we see today in areas where Big Tech itself creates new markets, sets the rules and ensures governance. (And at least tries to create money.)

Self-regulation of tech has failed

Apple and Google are now in the business of regulating online advertising by changing the rules for third-party cookies in their browsers and operating systems. Thus, they try to fulfil a need for regulation that traditional regulators don’t satisfy. Or maybe they do, in case of GDPR and the European cookie law, but to the detriment of the user experience – think intrusive cookie banners – and a bunch of unintended consequences.

This kind of self-regulation, where Big Tech sets the rules themselves, is prone to the risk of maximising their own power and economic interests. New laws should mitigate this risk, and this is an area where GDPR failed. The European data protection regulation had the unintended consequence of favouring the big players, to the others’ disadvantage.

Besides market-creating regulation and self-regulation, there’s also the prohibition of anti-competitive behaviour, or short: antitrust regulation. This is all about monopolies and oligopolies (like Big Tech), and one of the main problems is that the debate is not up to a world that has been profoundly changed by technology and the internet. Traditional antitrust regulation meant protecting consumers against higher prices and lower service levels. In the tech world of today, many services are free of charge and provide a superior experience. This requires a new approach.

The defining scarcity has changed

The defining scarcity of the attention economy is consumer attention, hence the name. Here’s our definition:

Today’s attention economy is dominated by the mass-manufacturers of consumer attention: Apple, Amazon, Google and Facebook. All of them capture and monetise (and to a certain degree, monopolise) our attention. While their business models are different, all of them are experience-driven. They are competing with every other experience human beings could possibly have, including sleep.

This makes them, and other pure digital players as well, competitors for each and every other business. Time and attention are the ultimate scarce resources, since a day has only 24 hours, even for billionaires. And, to put multitasking aside, any minute spent with Apple, Amazon, Google or Facebook cannot be spent with someone else’s product, service or experience.

Traditional media and telecoms regulation was based on the scarcity of bandwidth available for these services. This scarcity led to natural monopolies (in telecommunications) or oligopolies (in media). Regulation aimed to ensure free access to telecom networks and freedom of the press, of radio and television. In Germany, the Western allies had to build up a completely new media landscape after World War II. They had to replace the Nazi propaganda machine, secure a free press and institute a democratic radio and TV system.

Commercial radio and TV were only introduced four decades later in the eighties. Their governance strives towards of diversity of points of view. In telecoms, it took until 1998 to end the monopoly of state-owned Deutsche Telekom by adding competitors to the mix. Even today, the German state still owns more than 30% of Telekom shares. Public radio and TV continue to play an important part, and there’s a constant debate about the role public broadcasters should have in the digital media sphere.

This new sphere evolved over the last quarter-century, and it has changed the defining scarcity from bandwidth to attention. While diversity seems to be a given in the digital sphere, we’ve learned over the last couple of years that digital media is prone to the same problem as earlier mass media: the massive spread of disinformation. While the mechanics are different, the result is pretty similar. 20th-century dictators brought mass media into line and suppressed dissenting voices. 21st-century populists are using social media to amplify their message and drown out others.

They are grabbing too much attention, damaging the public debate.

The battle about tech regulation

The platforms enabling these attention grabs need more public oversight. While publishers are legally responsible for anything they publish, the platforms still operate under a safe-harbour regulation from the nineties. And this despite the fact that their algorithms make editorial decisions every day. Platforms must take responsibility for their editorial decisions, even if it’s algorithms making them.

One possible approach is to turn tech into a regulated industry, like for instance pharma, energy, or finance. There are now safety concerns that simply weren’t there when legislation was drafted last century. We now depend on technology in a way that requires more scrutiny than a quarter-century ago. Privacy has grown into a major issue.

Another important goal of new regulation will be the protection of democracy itself. It’s not about digitising democracy, but democratising digital. And it’s about the appropriate use of technology in general. This is a debate that needs to be had at least once in every generation. It’s clear that Big Tech will lobby massively and even misuse their own power to avoid new regulation and retain the status quo which is heavily in their favour. Nevertheless, we must address these obstacles.

Photo by camilo jimenez on Unsplash