The digital retail revolution is speeding up

Digital retail is going to be the dominant model very soon, and direct-to-consumer (DTC) is booming. It's a perfect storm for CPG companies. 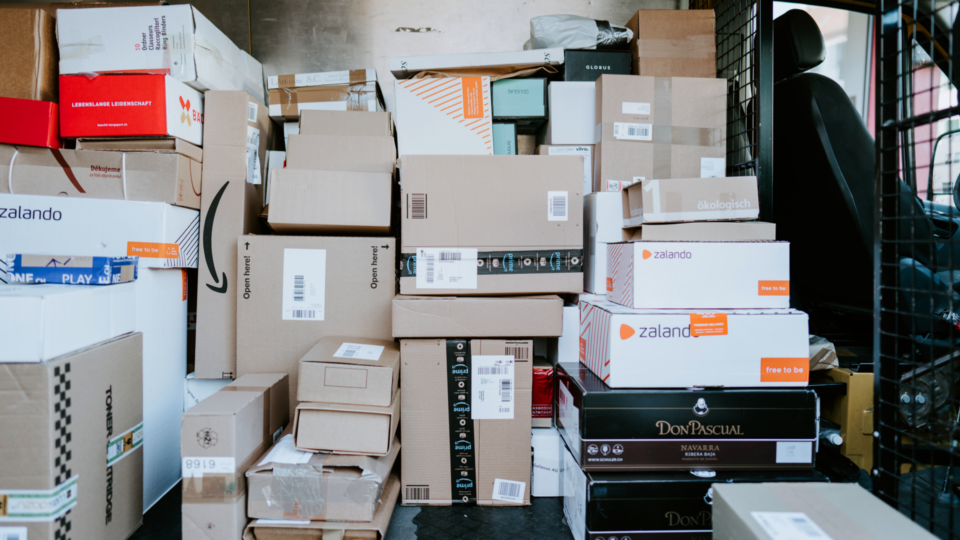 For a while, e-commerce felt quite boring. Sure, it has been on a steady growth path, in both relative and absolute numbers, since its inception in the nineties. But compared to retail as a whole, digital commerce remained a niche business, as its predecessor – mail order – had always been. Once again, it took a pandemic to change the picture.

Suddenly, it looks as if digital could be the dominant retail model soon. People old enough to remember the late nineties’ dot-com craze may recall a period when this near-term expectation was rather common. The burst of the bubble and then 9/11 delayed the parousia, but could not stop it, as we can see now.

Gradually, and then suddenly e-commerce expands in all directions: direct-to-consumer (DTC) and new industries, i.e., vertical and horizontal integration at the same time. And that’s without mentioning the growth in all categories. Software is about to eat the world of retail, and when it’s done, all that’s left will be retail questions, not tech questions.

Maybe still more important than these numbers is the fact that food and beverage is going online. Even before the pandemic, it was the fastest-growing segment of US e-commerce, with sales of more than $22 billion and growth rates above 20% in 2019. Digital grocery buyers amounted to 47.8% of the US population in 2020, and this number is going to cross the 50% threshold by 2022.

Gen Z and Millennials especially are now comfortable doing their grocery shopping online, and 45% of all consumers say they prefer it. The growth of this segment is currently restricted by the time and effort it takes to build up a completely new logistics chain, while capital and consumer demand are virtually unlimited. Consumer behaviour has changed permanently. Demand is waiting for supply to catch up.

However, it’s not only groceries but also meal delivery. Before the pandemic hit, people in the US spent more money on food away from home than on food at home. The lockdowns reversed that, but cloud kitchens – formerly known as restaurants – captured some part of the shift towards the home. Both groceries and meal delivery will benefit from the next round of automation.

This horizontal expansion of digital commerce is already interesting enough. What makes things exciting is another, orthogonal trend: direct-to-consumer, also known as vertical integration. More and more brands are selling directly to the consumer, bypassing traditional retail. Newcomer DTC brands are springing up everywhere, and retailers are sourcing their own private labels. It’s nothing new, but the fast growth is.

So traditional retail gets digital and digital retail expands beyond the scope of traditional retail. This simply happens because it’s the superior model for both customer experience and efficiency. This creates a flywheel: higher efficiency allows for an even better customer experience, thus enabling more growth, scale effects and again more efficiency. This massive trend isn’t limited to Amazon or Apple (which has a huge DTC retail arm, both physical and digital). Shopify enables DTC for everyone.

Apple and Amazon also highlight another aspect of the retail revolution: the future of retail has physical stores as well. These are

Think Apple’s Genius Bar, but also Amazon’s Whole Foods, book stores and grocers. It is, again, about an ecosystem. The fact that digital is the dominant model of retail does not mean that physical shops no longer exist. It’s just that they change completely.

Interestingly enough, Apple makes sky-high sales per square metre in its physical stores. It certainly helps that Apple sells high-price – some would say luxury – items. But Apple has driven sales by designing its stores as showrooms. They don’t need to sell through the stores, and it shows.

There has been a trend towards showrooming – and webrooming, its opposite – for a while, but retailers don’t need to fear it if they tightly integrate their physical and digital stores. Most retail has a physical component: a physical good that needs to go from inventory to the consumer. While product research and search went online early on, consumers still want to see and touch products before they buy. And they like the instant gratification of taking the product with them.

However, the pandemic tipped the balance towards delivery. The future is digital-first, frictionless and contactless. Meanwhile, we see an emerging trend towards instant delivery (Instacart, Gorillas), often within minutes. If people know exactly what they want and need it fast, why wait or go to a store to pick it up?

For consumer packaged goods (CPG), all this amounts to a perfect storm. Their traditional growth model is outdated. Their main distribution channel – retail – is getting digital and changing fast. DTC is both a blessing and a curse for them. It opens up new channels but also enables a lot more competition. CPG companies are suddenly competing with retailers and with DTC at the same time. In the consumer space, everyone is competing with everyone.

This was the original promise of the internet, and it looks as if it comes true. Are we going to see a corresponding trend towards global oligopolies, like the one in Big Tech? So far, the opposite has been the case: private label and small companies were growth drivers, while larger companies saw their market share decline. The top 20 CPG companies are expected to grow five times slower than their smaller competitors over the next five years. And two-thirds of global market growth is estimated to come from e-commerce over the same period.