The pandemic has broken our old urban models. We need new models of cities and city living to thrive in the 21st century. 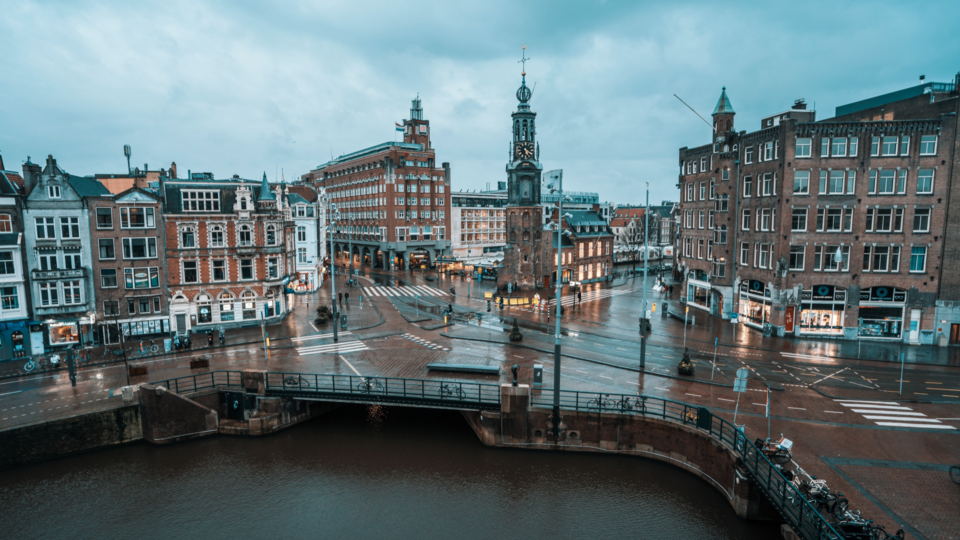 Many of our cities have lain fallow for the past 18 months, starved of commuters by the pandemic. A fraction of the retail and hospitality businesses are open compared to before the arrival of COVID-19. Walking heavily office-focused districts of some cities feels uncomfortable like wondering through the set of a post-apocalyptic movie.

Around the world, even in heavily vaccinated countries, people are still working from home. When the pandemic finally eases, will our cities spring straight back to life, to return to their pre-pandemic selves? It seems ever less likely. We’ve explored this issue more than once over the past year, and, nearly a year on, it’s clear that the hybrid working model is here to stay. We can never again expect to see the majority of white-collar workers spending their whole working day in the office.

And that has obvious consequences for cities. Indeed, it has implications for our entire urban infrastructure, right down to the town and village level.

Cities will endure, but adapt

Humanity, since it developed systems of agriculture to support them, has always developed cities. Why? There are benefits of scale in having large numbers of people clustered together. Proximity is useful in many aspects of both commercial and private lives.

It’s likely that cities will retain that role, but have to adapt to the idea that some of what was once done physically will now be done digitally. That’s already evident in retail, with the physical shopping apocalypse that’s been predicted since the original dot.com boom in the 90s finally coming true. Gap, for example, is pulling out of all its UK retail stores.

That’s another blow to our current cityscape: retail is one more reason to draw people into the city.

While a few companies have abandoned the office entirely, the majority are planning at least a partial return to work. Some are even considering forcing their staff back into the office full-time. That’s meeting strong resistance: with the case for remote working proven beyond doubt, employees are no longer putting up with the redundant idea of management by presence. Indeed, some office workers are quitting when bosses demand a return to the office.

Some people have argued the case on innovation grounds. Unfortunately for them, the oft-cited idea that random encounters in a company spark innovation has precious little to back it up.

We’ve seen some of that, but what’s most notable so far is a lack of any generational pattern in who comes into the office and who works from home. It seems to divide much more along factors like personality, family circumstances, and how long it takes to commute into the office.

Many more pieces of received wisdom are likely to be punctured by reality as we tentatively resume our lives.

The fight for the footloose citizen

With the eyes of employees opened to the power of remote work, the battle for employees is likely to hot up:

UBS, a Swiss lender, is reportedly about to allow two-thirds of its employees to pursue “hybrid” work, which combines some days at home and some at the office—in part as a recruitment tool.

We might even start to see a sorting: personality types who prefer an office environment gravitating towards companies that favour more time in an office. Those companies that build the infrastructure to support remote working will attract a different breed of staff. And thus, we can expect a Darwinian period in business, as we see which model works better in each industry. The hybrid working model as we know it now is merely the start.

None of this is going to save the city as we know it, though. There’s no likely outcome that sees a return to the previous commuting levels. So, what else will bring people back into the cities?

For one, face-to-face meetings between companies remain important, particularly in getting deals done. It’s not just the negotiations around the table that matter, but the quiet discussions, off to the side, often over a coffee.

Do you revamp your offices to facilitate this — or is there a business opportunity in providing them?

More critically, though, there are good psychological reasons for humans to edge back towards a more social existence. Socially isolated humans suffer from increased levels of anxiety and stress. The idea is that we have, throughout our evolution, gathered in groups for support and protection. If we feel isolated from our “pack”, we feel the need to heighten our wariness against attack. In modern societies, that manifests itself as anxiety and stress.

We will naturally — albeit slowly, as we adapt and adjust to decreased viral risk — seek increased social contact to alleviate this. That is good news for the office — and certainly, any office redesign should focus on the social aspects of work, rather than the quiet, concentrated elements.

But it also points a way to regenerating our urban economies. Cities are great places to gather, explore and experience. Pubs and clubs servicing the office commuter will have to focus on becoming a destination evening economy in themselves. Theatres and the arts, one of the most brutally affected areas of the economy, will also need to evolve to serve the needs of a more distributed population.

Urban regeneration on a national scale

But for all those changes, space in cities will become vacant. Some businesses have folded already, some will realise they are no longer viable once economies open up again. As more properties come onto the market from these failed businesses, prices will inevitably fall. Commercial and residential rents in decline? House prices following suit? That sounds like bad news — and, in the short term, it is. However, those price falls are the trigger for regeneration.

To understand what will happen to the large cities, perhaps we need to look first at the smaller cities and towns that have been the beneficiary of the pandemic-induced shifts in lifestyle.

In many countries, smaller towns have long been saddled with an overhang of commercial space, abandoned as the big cities attract the majority of the corporate action. They stand to benefit, as the working population slowly realise that remote work and home work are not synonyms.

Writers and other largely isolate knowledge workers — like freelance journalists, for example — have long known the value of getting out of the house. One famous author built her own unique way of doing that:

Maya Angelou, for example, would rent hotel rooms to write, asking the staff to remove all artwork from the walls and enter each day only to empty the wastebaskets. She’d arrive at six-thirty in the morning, with a Bible, a yellow pad, and a bottle of sherry.

Homes bring with them the cognitive burden of household chores. An escape to a coffee shop — or a dedicated co-working space — can be a hugely productive escape for many. A huge number of my posts on this blog over the past decade have been written in various coffee shops, as sometimes it’s easier to concentrate there.

The new offices that will emerge

Development of various styles of work hub will be a massive opportunity in the coming years, meeting both the social and workplace needs of individuals, while freeing them from the long commute. Co-working is an idea whose time might have come — if it adapts its approach.

As Cal Newport, the author of Deep Work, wrote in the New Yorker piece that told the Maya Angelou story:

Here’s my proposal: organizations that allow remote work should not only encourage these employees to find professional spaces near (but distinct from) their homes—they should also directly subsidise these cognitive escapes.

Now, we have to acknowledge that far from all jobs are susceptible to hybrid working. Many of the key workers who have kept us going through the pandemic at increased risk to themselves will not be able to shift to remote working. But they might be able to benefit from an increased quality of life as prices fall, and living in a nicer place nearer to work become feasible.

From Commuter Cities to Sustainable Cities

Here’s the real opportunity: as our suburbs and smaller conurbations benefit from changing working patterns, we can look again at our cities and their commercial centres. Can we rebuild them to improve them as places to live, work and play? One movement has been thinking about this for years: the idea of the walkable, “15-minute” city is an ideal framework for rebuilding urban neighbourhoods in post-pandemic decline.

And the real genius part of this? The 15-minute city wasn’t conceived for our current crisis, but for the next one: the climate crisis. The pandemic has gifted us the chance to rethink our cities in far more sustainable — and zero-carbon — ways.

Let’s take that opportunity, or we’ll deeply regret it sooner than we’d like to think.