The next filter bubble won't be on information, but on reality itself. And the implications are far-reaching. 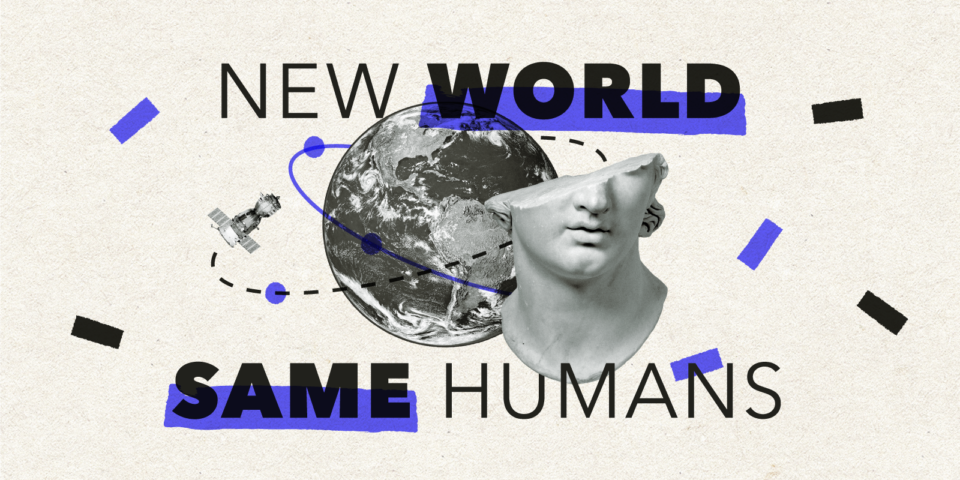 In a connected world personalisation is king

The system we call consumerism is ruled by two imperatives. Historically, they pull in opposite directions.

First, there’s value: the imperative to make things cheap. It gives rise to principles and technologies now closely associated with the emergence of the consumer society: economies of scale, mass production, standardisation.

Meanwhile, there’s relevance: the imperative to make things just the way we want them. People are all different, so this imperative quickly becomes about the ability to serve a set of preferences unique to a specific person. Like value, personalisation has always been part of the story of consumerism. Consider the boast of the Saville Row tailor: made to measure. The benefits here are obvious; we all want precisely what we want. But the problem is clear, too. Personalisation is expensive.

Crucially, they haven’t exerted an equal influence. For most of the history of consumerism, one imperative had clear primacy. It was mass production, above all else, that fuelled the 20th-century consumer revolution. Think the Ford Model T, the first home refrigerators, the IKEA bookshelf. This was a consumerism aimed at material needs. Its magic was to make expensive objects affordable, and so transform life for millions. Personalisation was a part of 20th-century consumerism too. But it wasn’t the Big Story.

The rise of higher-order needs

Today, much has changed. Many lucky enough to live in affluent societies take the fulfilment of their material needs for granted. Instead, their preoccupations revolve around higher-order needs such as creativity, status, and meaning. And the part of their consumption that seems to best serve these needs – and that seems most exciting to them – often isn’t about physical objects, but online services. Think Twitter, Fortnite, or Tinder.

Why is this significant?

At the heart of the shift enacted by digital is a powerful truth. A digital world explodes the old calculus around consumerism’s two ruling imperatives, mass produced and cheap or unique and expensive. Because online, where the cost of one more is zero, you can have it both ways. You can have cheap and unique to you. And that’s a revolution.

This story – this new chapter in the evolution of the consumer society – is just getting started. So it pays to ask: where is it heading? What will it mean for the businesses we run, the lives we lead, and our shared future?

And it turns out, the answers takes us to some surprising places.

Data-fuelled personalisation will transform our experience of the physical world

Via the emergence of the internet, new forms of personalisation have been the Big Story inside consumerism for more than a decade now. Both zero marginal cost and data enable that story. Online personalisation is data-fuelled personalisation.

Any number of recent innovations exemplify this point. Look at, say, Spotify. Its data-fuelled Discover Weekly playlists launched back in 2015. They astounded many users. Here was a music service that seemed to understand them in a way that was deep; almost spooky.

To run through the iconic innovations of 2010s-era consumerism is to give a potted history of data-fuelled personalisation. Today’s consumer is fed a personalised stream of TV content by Netflix. Meanwhile, Tinder provides her with a personalised feed of available partners. And her Apple Watch collects physiological data and sends back personalised health and activity advice. Even when the final purchase is a physical object, the online revolution was one founded partly in personalisation. Amazon was exciting because it put an algorithmically-fuelled, personalised shop window in front of all of us. First that window was on to the world of books; then it was on to everything.

But humans adapt fast, and what was astounding in 2010 is expected in 2020. So where next for the Big Story that is personalisation?

One powerful emerging trend will do much to shape our lives across the next decade. We’ll see the kind of data-fuelled personalisation we associate with the online world shift into the physical world, too. That means not only personalised music playlists, but personalised devices, foods, and cosmetics, and physical spaces that shapeshift around our identity and preferences.

This trend is made possible by the arrival of new technologies – objects, sensors, facial recognition tech and AI – that blur the boundaries between online and physical. In so doing, they circumvent the cost prohibition that often prevented physical personalisation.

Again, some examples. Tonal is a connected workout station that collects physiological data and adjusts exercise difficulty accordingly. SHOT is a smoothie mixer that uses a built-in camera and AI to analyse skin health and then create a personalised recipe for a skin-enhancing smoothie.

Last year, Japanese beauty giant Shiseido launched a new skincare service called Optune: users take a selfie each day, and data on their skin health is put alongside that on sleep and environmental factors, and crunched by an algorithm. The output is a recipe for a personalised skin cream, which is then mixed each day by a special device.

Meanwhile, facial recognition makes possible a world in which physical spaces are able to recognise and respond to the individuals passing through them.

Online data-fuelled personalisation was the big story of early 21st-century consumerism. But the next story – via connected objects, sensors, facial recognition and AI – is about a metamorphic physical environment able to shift around our needs and wants.

The ultimate form of personal data is here

This direction of travel is already evident. Amazon’s first personalised experience was made possible by extremely simple data, which captured the books you have browsed or purchased. This year Amazon announced the new Halo device, which will give personalised communication advice based on physiological and voice data that allows a real-time picture of your mood.

The next step? Back in 2007 it cost over $1 million to sequence a human genome; today it costs a few hundred dollars. A new era of DNA-personalised consumerism is coming.

The world’s largest food brand, Nestlé, is already embracing that future. It’s running a huge trial of DNA-personalised food supplements with over 100,000 consumers in Japan.

What is the end game here?

In 2021, the boundaries between physical and digital are blurring in a new and even more powerful way. And that has profound implications for the journey outlined in this essay.

At the heart of this shift are a new generation of augmented reality technologies. They allow a large-scale, persistent, and shareable digital layer – in effect, a new digital reality – to be built on top of the physical environment. One of the most powerful examples of this evolution came from Snapchat, who call their technology Local Lenses.

5G networks will enable far more complex and immersive shared AR worlds. Fast-forward to a device that brings AR to your eyeballs rather than your phone screen – basically Google Glass but executed well – and the possibilities are astounding. They are nothing less than the emergence of a metaverse, a new kind of reality that blends the physical environment with a digital layer limited only by our imagination.

And the significance for this essay? Those new realities will be personalised.

Millions will experience AR worlds shaped around their individual tastes, preferences, and behaviours as captured by their personal data. Imagine an Amazon Halo-type device that captures your consumption, physiological, and mood data, and then shapes the AR world you see around you. It can propel you into a new reality that you’ll occupy with others who share, say, your taste in music, your interest in street art, your fitness level, or your politics. Or it can devise a totally individualised AR world, for you and you alone.

In this age of online data-fuelled personalisation, we’ve talked a lot about the filter bubble. That is, the tendency of online algorithms to serve people only content and news that reinforces their opinions, such that they end up trapped inside their own worldview, unable to access or understand other perspectives. Some research suggests that filter bubbles helped create more polarised societies, but the picture is mixed.

Still, it may turn out that the information filter bubble was only the precursor to something far more powerful. Under this view, the next filter bubble won’t be on content and news, but on the shared physical spaces in which we live much of our lives and which form the backdrop to our societies. Welcome to the reality filter bubble.

We’re a long way from all this right now. But the direction of travel is clear. It’s hard to see how a panoply of data-personalised AR worlds are not part of our future. If this comes to pass, what are the implications? For consumer culture? In our democracies? For our sense of ourselves as part of a single, shared reality?

The big criticism levelled at 20th-century consumerism was that it led to a kind of Great Homogenisation, in which everyone ended up wearing the same 501s, driving the same Ford, and eating the same Big Mac.

There was some truth to that. But it seems increasingly clear that the power of this criticism is waning; that it turns out to be applicable only to the first, relatively primitive iteration of modern consumerism.

This phenomenon is new, and poorly understood. But via emerging technologies – from connected objects, to genome sequencing, to AR – it will become an increasingly important part of our consumerism in the years ahead.

David Mattin is the founder of New World Same Humans, a weekly newsletter on trends, technology, and society.