In the 21st century, the CMO role changes completely. Meet the new marketeer, who will resemble Leonardo da Vinci, the Renaissance genius. 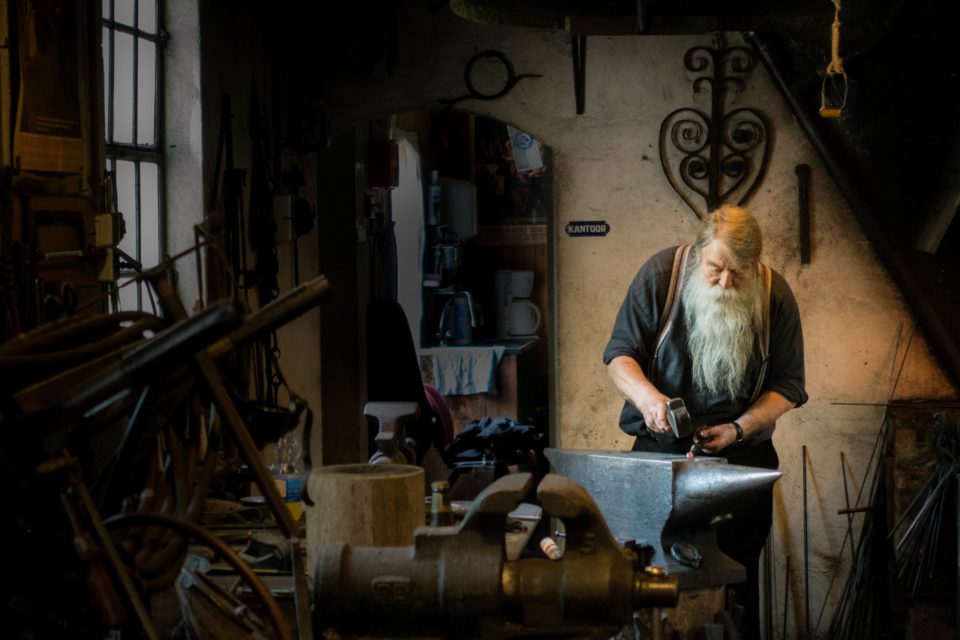 Are you intrigued by the idea that Leonardo da Vinci would be a great role model for the 21st-century CMO? So am I. Let’s have a look at a few key characteristics of the new, Leonardo-style chief marketeer:

In 2019, Orlando Wood published Lemon: How the advertising brain turned sour. In this book, he argues that left-brain thinking has massively damaged marketing in general and advertising in particular. Now I will happily concede that the concept of analytical left-brain vs creative right-brain thinking could well be a myth.

However, it’s still a useful metaphor.

Whole-brain thinking then is an integrative approach that combines both ways. And that is exactly what Orlando Wood seems to have in mind when he writes about whole-brained creativity.

“Periods of whole-brained creativity are characterised by collaboration, community, a very broad and heightened sense of one’s time and place in the world, a sense of responsibility for one’s own actions, a fascination for difference, and a greater sense of empathy. Periods of left-brained creativity are characterised by a desire for power and control, by hierarchy, rules, repetition, centralisation, standardisation, categorisation and specialisation. Society becomes rigid and brittle, those with alternative views are closed down.”

I won’t dig deeper here, but check out Samuel Scott’s excellent column on Orlando Wood’s precious book (the quote above is Samuel quoting Orlando). I’m not sure, though, if I buy Wood’s, or maybe Scott’s, classification of historical periods. For example, the Reformation doesn’t look whole-brained to me. Yet, during the Renaissance, that’s clearly the case.

And that’s one reason why Leonardo, the Renaissance man, points the way out of today’s left-brain dominated marketing and advertising culture. Marketing technology with its promises of consumer tracking and targeting maybe isn’t the only culprit here. However, it contributed heaps and bounds to the mess. Another reason was the aftermath of the 2008 financial crisis that further enforced short-term thinking.

And that brings us to the second point.

Marketing is prone to the error of short-termism, similar to the neoliberal style of breathlessly pursuing quarterly results. What if numbers are weak, and there’s some budget left for this quarter? Run a quick promotion campaign to solve both problems with one strike. Oftentimes, this approach doesn’t create long-term value and can even actively destroy it. This weakens the brand and the product, but who cares? At least the numbers look pretty.

Many, if not most, CMOs don’t worry about their long-term impact since they aren’t staying on the job for long anyway. In 2020, the average CMO tenure dropped to just 40 months. Median tenure even fell to 25.5 months. This indicates that half of all chief marketeers are dropping out before they reach two years on the job (or shortly thereafter). Short CMO tenure is not always a problem. However, it certainly doesn’t encourage long-term thinking and thus value creation.

Even in the agile and fast-paced world of start-ups, it usually takes more than two years to build up brands and products. It’s a marathon, not a sprint. Nonetheless, you still need to be fast. It’s the interplay of long-term purpose, vision and mission with short-term, agile and lean execution. Increasingly, the proof is in the long-term sustainability of a given brand or product.

You may still need someone who feeds the marketing machine on a daily basis, but in the 21st century, that shouldn’t be the job of the CMO. Of course, the chief marketeer must still keep an eye on the daily business, since the longest journey still takes many small steps. Course corrections will be necessary along the way all the time. Just don’t sacrifice long-term goals on the altar of short-term success. There are no shortcuts.

The art and craft of marketing

Thanks to digital technology, marketing is increasingly automated. Automation isn’t a bad thing. But the caveat (or maybe the paradox) of automation is that it forces us to focus on what we cannot automate. That’s the future of work in general and of the CMO role in particular. It’s all things creative, for example. That said, there are a lot of tools enabling creative tasks, and many creative tasks that we can automate.

Yet the more we automate marketing (or advertising, or creation), the more important become the art, the craft, the creative side of the act. In software development, we’ve seen a movement to craftsmanship for decades. It’s an explicit departure from the engineering approach with its implicit scientism. In general, craftsmanship made a huge comeback even before the pandemic:

“The values and principles of craftsmanship — autonomy, responsibility and creativity — are transforming work and management as we know it. In many ways, that’s what the future of work will be all about.”

The repetitive, alienating, left-brain, short-term part of marketing (or work in general) gets automated. This leaves us with the varied, whole-brain, long-term type of work. With the art and craft of marketing. The marketing leader becomes more of an artist, artisan and craftsman than a manager. Again, Leonardo da Vinci comes to mind. He was a polymath, artist, scientist, engineer, and architect.

It’s not simply about creativity, or art, but also about craft, science, or engineering. It’s an integrative, whole-brain approach. Less specialist, more generalist. The 21st-century CMO is a whole-brained, long-term craftsman (or, of course, craftswoman).

Last updated on August 26, 2021. Photo by Nicolas Hoizey on Unsplash