The need for sustainability is urgent. The climate crisis is here. And it's time for brands to take the lead. 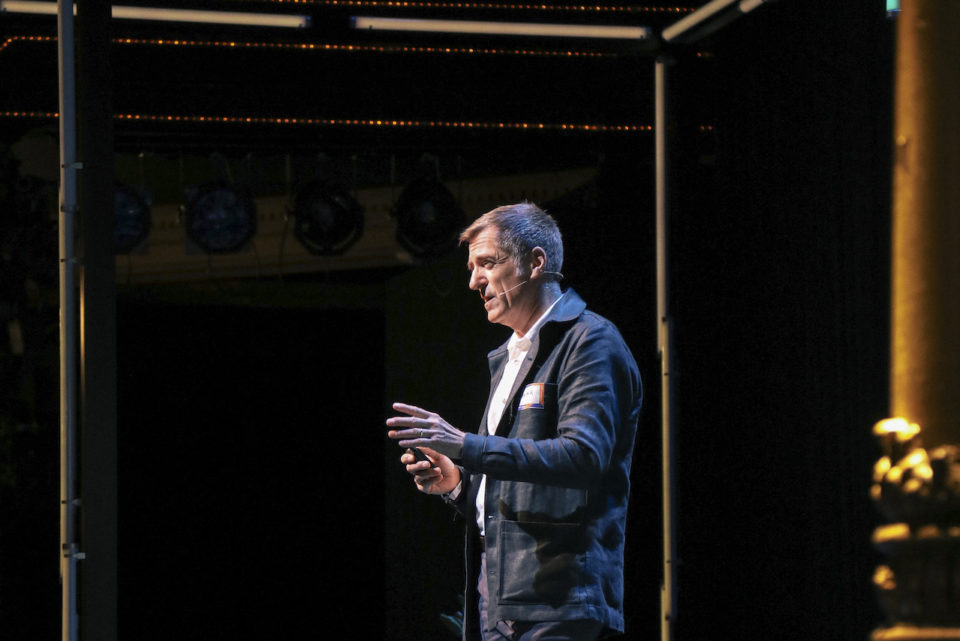 These are liveblogged notes from Mark’s talk to NEXT Limited Edition in Hamburg on 24th September 2021.

They’ve been thinking a lot about sustainability and the consumer at Accenture, in light of the accelerating climate crisis. And so Mark came to the conference by train. Why? Because it’s a more sustainable approach than just jumping into an aircraft.

However, the train takes nine hours, or should have done — it actually took him 12. The plane takes 90 minutes. Cheaper airlines would be half the price of the train, more luxurious one about the same. However, the carbon output would be over four times as high to fly as opposed to taking the train.

A site called Ecopassenger makes it easier to figure out the impact of different transport choices — but the design isn’t great. The core information that lets you evaluate your journey is right down the bottom, and is hard to see. But at least it gave Mark the quantitative measures to assess the climates impact of each choice.

How about qualitative measures, though? There’s also the experience to consider: the comfort of the train, the feeling of connection with the land that you get from rail in a way you can’t from air travel. There’s also less risk of DVT on the train — and railway stations are far better than airports.

But there’s time as well. The trip will take him four days in all using the train. He’ll miss time with his children, and spend more money on hotels as a result. And there are other downsides. He had to wear a mask for 12 hours.

We have to make this easier.

There are five forces working on companies:

There’s heaps of evidence that consumers are taking sustainability seriously in a number of ways: plastics, genuine eco-friendliness, the sustainability of the food chain. Four out of ten young people between the ages of 16 and 25 were reluctant to have children because of the threat to the planet.

However, the say/do gap is pretty wide: consumers are saying that this is important to them — but only just over a quarter are putting their money where their mouth is. If we go out and tell people they need to consume less, we have a problem. People aren’t necessarily prepared to go there.

So, the strategy for brands is to shift consumers towards better consumption, rather than more consumption. And we can’t wait for consumers to lead the way. We’re in a system that feeds consumer demand, and we won’t go there fast enough unless we act.

We’re in the business of behaviour change: both for ourselves as large enterprises, and for our consumers. There’s a whole bucket of reasons why consumers aren’t acting: the inaction of companies, government, and neighbours puts them off. Discouragement is a factor: the feeling that they can’t change things on the scale that they’re having.

We can’t turn back. We have to go forwards. And that’s a very human challenge.