Parag Khanna: Why We Need Migration

The demographic clock is ticking, and the climate crisis is speeding it up. Countries that embrace smart migration policies will be best placed to weather the storms on the horizon. 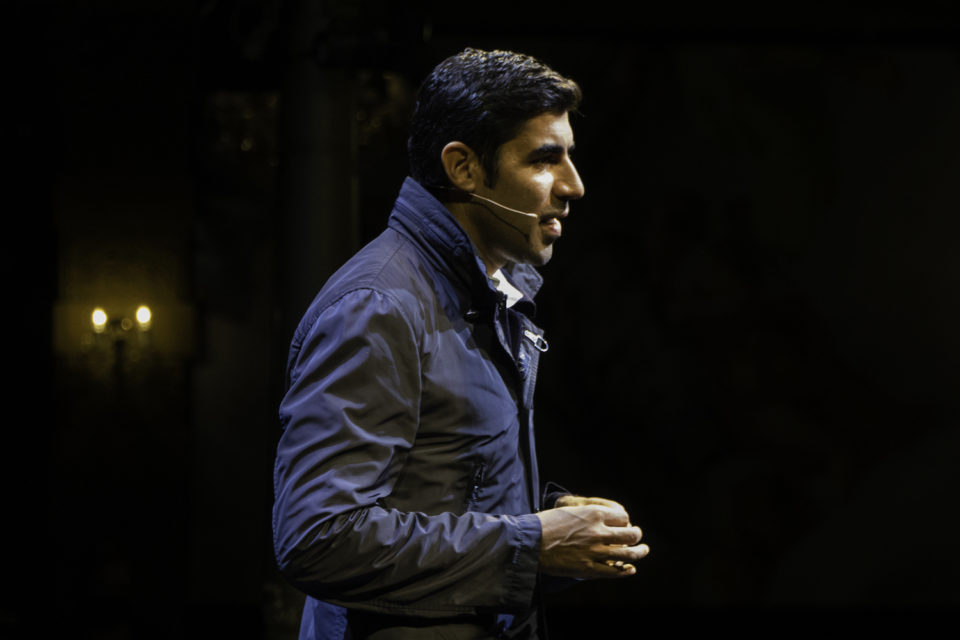 These are liveblogged notes from Parag’s talk to NEXT Limited Edition in Hamburg on 24th September 2021.

Humanity is returning to its nomadic roots. Numerous factors are coming together to drive that.

There’s the pandemic. Of course, there’s climate change. In the early days of the pandemic, people in India saw the Himalayas for the first time in decades. Was this the solution to climate change? Could we just stop?

We push nature: nature pushed back. Climate change has not gone away. And we don’t seem to be able to just stop.

A few years ago, we were worried about reaching a global population of 13 billion or more, and the shortage of resources that would create. But we’re not worried about that any more. We’ve had two major baby busts, one triggered by the financial crisis, and one by the COVID-19 pandemic.

In 2009/2010, in some parts of the US, the baby bust was so bad that they predicted universities going out of business in about 2026, 18 years later. They would simply run out of students.

Humanity is about to hit a plateau in numbers. In many countries, we have bare replacement fertility, or have even fallen below that. Some countries might have to merge with their neighbours, as they become fiscally unsustainable when the population drops.

Once you start running out of people in critical professions, you need to start recruiting new people as quickly as you can. There will be a war for young talent: the only question is whether your country has figured that out and has started acting on it.

Generation Z is the largest generation humanity has ever produced — and will ever produce. Generation Alpha will be smaller. The youth of today are also the future, as there’s no one coming after, comparatively speaking.

The present is the future.

Young people are the central protagonists of our future. How do we improve their lives, and maximise the survival rate of the young people of the world? If we sacrifice our young people, our species will not regenerate. You need to maintain some generational balances in society. It has to be managed well, and right now, we don’t have a strategy to deal with an ageing population.

The Right People in the Wrong Place

We’re facing climate, political, economic and technological crises at the same time. As we leave the pandemic, migration will increase. The axes of migration will change. East and South Asians might end up in Europe. There are 4m East Asians living in Western Europe right now (excluding the UK). That could be 20 or 30m in a few years.

We talk about mass migration as if it’s never happened before. What is human history of the last 300 years if not mass migration? America would not be America without large scale mass migrations. It’s happened largely peacefully and been mostly mutually beneficial. In the end, it has been a win/win for centuries. And that’s a fact.

Europe has a population problem

Europe is on the front lines here. You’ve built the most highly respected and stable political systems and welfare states in the world, besides Japan. But it’s expensive, and you need people to fund it through taxes. And Europe has an ageing population and a declining birth rate. You could have more dynamic, more productive economies with more people.

The War for Talent is more relevant than ever. There’s more at stake these days than where the best financial markets trader lives. It’s about where the young people of the world can be the most useful.

Pre-pandemic, two countries had digital nomad visa schemes. Now 70 countries do. You miss people when they’re gone. In 2019, we were talking about toxic tourism damaging cities or countries, but now many of the same countries are desperate for them to come back. You miss people when they’re gone. Don’t make the mistake of waiting until the young talent has gone to another country. Don’t make the mistake of being a country nobody wants to go to, like Hungary.

Winning the War for Talent

Winning this war starts with students. Who has an education system that attracts the best people? Everyone’s teaching in English now because that’s how you get young people to show up.

We need a collective attitude about this. It can’t be about my country, my culture, my language. That doesn’t work for climate change, and it doesn’t work for people. We need to move people, goods, production, capital, and technology. We need to think beyond national sovereignty and borders. We’ll always have them — but can we transcend them when we have to?

That’s the challenge we all face.

More in his book MOVE