Winning the new war for talent

Finding and keeping the right talent is getting exponentially harder. Winning that war will involve rethinking the relationship between people and work. 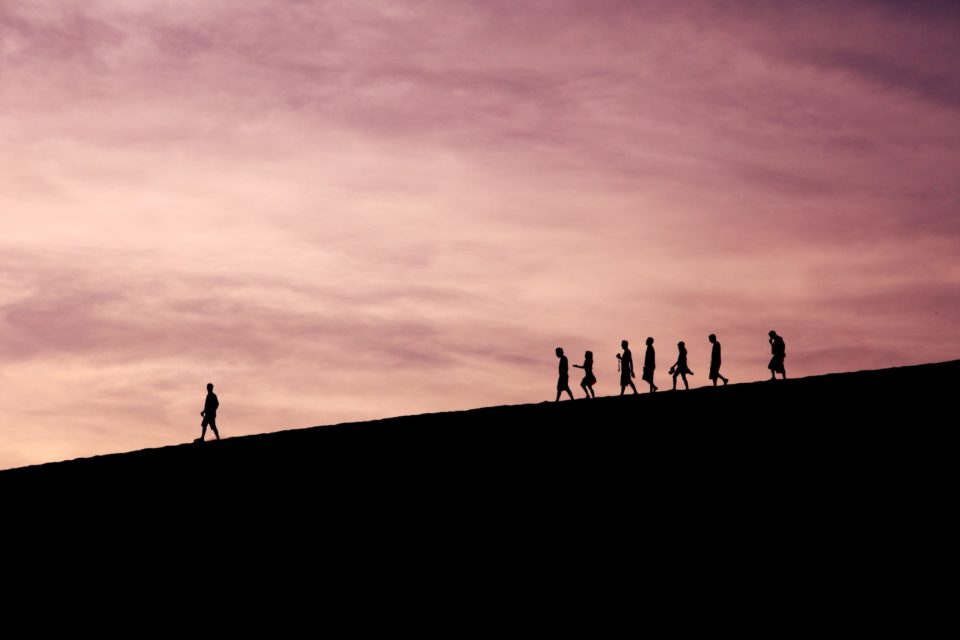 There’s something quite delightful about the phrase “War for Talent”. It conjures the image of normally staid HR managers preparing themselves for battle, like something out of a 1980s action movie…

The phrase was actually coined by consultants McKinsey & Co in the late 90s, but it neatly sums up the moment we find ourselves in. Where once many predicted a surge in unemployment globally post-pandemic, we’re actually seeing a labour shortage.

As economies start to accelerate again, the war for talent is back on! Cue 80s training montage…

But let’s not let the inherent hyperbole in the phrase blind us to the core reality of what’s happening here: the rules of talent acquisition have changed.

On one side, we’re seeing what many are calling “The Great Resignation”. People, having had a taste of a different life, are quitting rather than returning to their old one. It’s a trend that’s accelerating:

In April, the number of workers who quit their job in a single month broke an all-time U.S. record. Economists called it the “Great Resignation.” But America’s quittin’ spirit was just getting started. In July, even more people left their job. In August, quitters set yet another record. That Great Resignation? It just keeps getting greater.

There are several factors at work:

The post-pandemic war for talent is emerging

We have seen a major inflection point: 18 months of profoundly different working practices have led to a strong sense of “we can do better”. Added to that, the labour shortages emerging in many key fields are changing the dynamics in many labour markets. Those labour shortages in key parts of our infrastructure — including distribution — are one of many factors contributing to our supply chain woes.

All of which means, in aggregate, that our old assumptions and strategies about how to hold and retain talent need to change. The Silicon Valley boom days of providing everything — from food to entertainment and socialising opportunities — in the office seem hopelessly antiquated already. We might, though, have to learn something from them, as we try to lure people back to office for some of their time, at least.

This is because one truism remains: retaining talent is almost always cheaper than attracting talent. But retaining people has just changed out of all recognition.

The balance of hiring power

We’ve written extensively about the shifts coming to the workplace through the advent of hybrid working. What we’ve talked of less is the urgent need for acknowledgement of the new generational dynamics that are coming.

As Eliza Filby has pointed out in her two recent talks for us, we’ve opened a door into people’s homes. Once you have people working from those homes, you can’t easily ignore the other people that share it.

Few of us have managed the past 18 months without some unexpected interruption from a family member. In our household, the most noticeable examples were one of our daughters suddenly announcing that she needed to be sick, mid-lecture for my wife. And I had the delightful sight of a guest speaker’s brother wandering into shot naked, except for a teeny, tiny pair of workout shorts.

The artificial boundaries we tried to put between work and life are gone, for good or ill.

Bringing the whole person to work

In many parts of the world, that just reflects a more complex family dynamic that was already emerging: children living at home later into adulthood, grandparents picking up more of a role in childcare. Any business that has asked people to work effectively from home for the past 18 months will struggle to win people over without acknowledging this.

Gen Z, the youngest generation in the workforce, are, ironically, the most pro-office. Research suggests that they’ve missed office culture: events and talks, free coffee and food, gym facilities, good Wi-Fi, social interaction and focused areas to work. They lack many of these in their shared accommodation — or at the parents’ house.

But they’re also proving a challenging demographic to manage. As a recent New York Times piece put it:

Subtly yet undeniably, as generational shifts tend to go, there’s a new crop of employees determining the norms and styles of the workplace. And they have no qualms about questioning not just emoji use but all the antiquated ways of their slightly older managers, from their views on politics in the office to their very obsession with work.

Millennials entered the workforce in the aftermath of the 2008 financial crisis. Gen X started work in the depths of the late 80s/early 90s recession. Gen Z are entering a workplace that’s trying to rewrite the rules — and where talent is scarce. That gives them power as a generation. And they’re not shy of exercising that power:

At a retail business based in New York, managers were distressed to encounter young employees who wanted paid time off when coping with anxiety or period cramps. In a supplement company, a Gen Z worker questioned why she would be expected to clock in for a standard eight-hour day when she might get through her to-do list by the afternoon. At a biotech venture, entry-level staff members delegated tasks to the founder.

It does, of course, also still come down to pay and conditions. But just as the dynamics of pay are changing, so are the details of conditions. Gen Z want a more value-aligned workplace. The Millennials create new trade-offs between work and home, based on their lockdown experiences. And the Gen Xers have always been happiest at home — and now they want to stay there more.

As Dr Filby put it:

We must be mindful not to just satisfy one generational cohort but to understand how values are changing for the young, and how they can best be integrated without alienating older generations.

Winning the war for talent

Winning the war for talent will not be like an 80s action movie. It means crafting a flexible, hybrid workplace that acknowledges the necessary connections between us to deliver effective work. But it also needs the flexibility to respond to people’s different circumstances. After all, we all move through different life stages at different rates. Our terms of employment will need to shift to accommodate that.

And doubly so, when the power lies with the (scarce) talent.

Photo by Jehyun Sung on Unsplash

More about the the future of work