The changes we face today are systemic, and they are tearing apart the fabric of our late-modernity lives. Time to shift our perception. 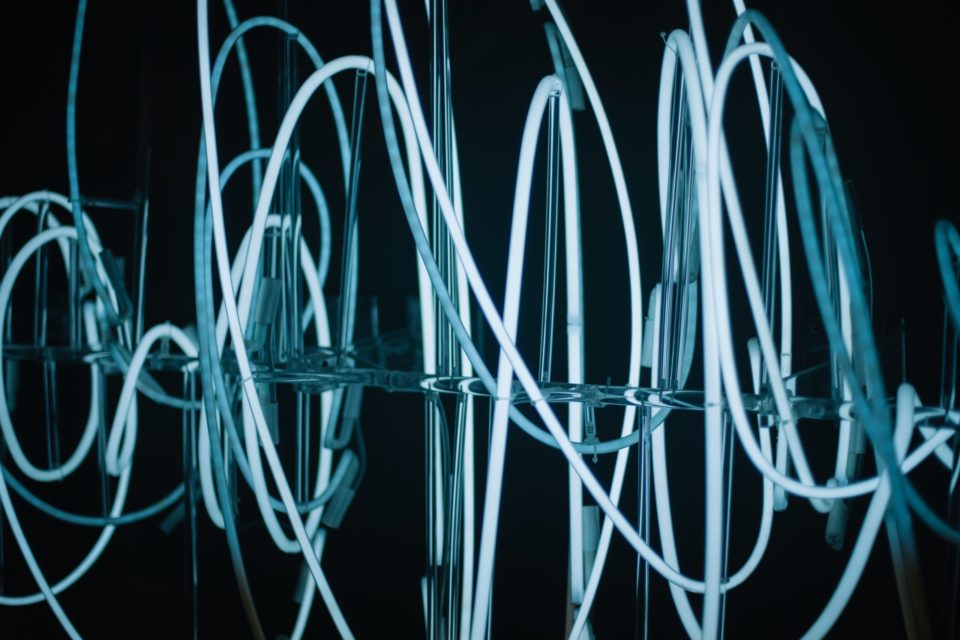 Rudolf Hillebrecht was a true visionary. An urban planner, he turned the war-destroyed Hanover into a car-friendly city. Amid the ruins of the Second World War, he envisioned what the widespread use of automobiles would do to cities. Shopping, working, leisure and living needed to be separated, he realised. Otherwise, car traffic would become completely overwhelming. Hillebrecht spelt out the systemic changes of urban planning brought about by the automobile. It’s not that everyone liked these changes, but that’s how it is – or was.

We are at a similar crossroads today. The internet, digital technology, e-commerce, remote work, the metaverse – whatever we label the changes liquid modernity comes with, they are tearing apart the fabric of our late-modernity, 20th-century lives. Cities are feeling pressure similar to that once exerted by the car. Both shopping and office districts are suffering from the move away from the automobile and towards digital routes for these purposes. Leisure might trot down a similar path. Just think how much of our entertainment is already digital.

Cities will prevail, but they’ll change profoundly. And that’s not all. While home to a whopping 77.5 per cent of the German population, cities will be transformed by the convergence of physical and digital worlds. And thus, by the metaverse. We are only now realising the systemic changes in our lives, in our society and in our cities that the digital transformation is bringing. As Matthias Schrader puts it:

Unlike in the automotive era, the direction of travel has turned 180 degrees. People are no longer driving to things, but things are coming to them – as data. That allows them to work, communicate and consume.

Is there a Rudolf Hillebrecht in our day and age? A visionary who would spell out the systemic changes of our lives brought about by digital technology, commerce, and culture? There is, of course, no lack of visions. The European Commission Digital Futures report, published in 2016, discussed many of these changes and challenges. In 2019, Unesco issued Smart cities: shaping the society of 2030, looking at these questions with a focus on cities. These are only two of many examples.

On a systemic level, there’s the work of Fritjof Capra, who published The Systems View of Life: A Unifying Vision together with Pier Luigi Luisi in 2014. It starts with the insight that today’s problems cannot be understood in isolation, since they’re interconnected:

Ultimately, these problems must be seen as just different facets of one single crisis, which is largely a crisis of perception. It derives from the fact that most people in our modern society, and especially our large social institutions, subscribe to the concepts of an outdated worldview, a perception of reality inadequate for dealing with our overpopulated, globally interconnected world.

The authors then introduce what they call “a radically new conception of life”:

At the forefront of contemporary science, we no longer see the universe as a machine composed of elementary building blocks. We have discovered that the material world, ultimately, is a network of inseparable patterns of relationships; that the planet as a whole is a living, self-regulating system. […] This new conception of life involves a new kind of thinking – thinking in terms of relationships, patterns, and context. In science, this way of thinking is known as “systemic thinking,” or “systems thinking”.

A deep understanding of systems

To the regular readers of this blog, systems thinking should be well-known. Indeed, we need a deep understanding of the systems with which we’re interwoven. For example, are companies shaking up their supply chains, or is it the other way around? Supply chains are systems, as are companies. The current shake-up is a brutal reminder that the physical sphere still matters. And that’s true even as parts of our reality shift to the metaverse: digital, and thus the metaverse, will soon be the default. (The metaverse is a system as well.)

This shift comes with its own set of shake-ups: truth, trust and values are redefined, along the lines of relationships, patterns, and context. What’s real, what’s true, how and whom we trust, and what we value – all of this gets digital. Not completely, but predominantly. And this means programmable, manipulable. At the same time, we’re still human beings, and since the relationship between our lives, our work and our health has fundamentally changed, we need to care about care in a new way. (Healthcare is a system, as is the care industry.)

All these are systemic changes: the new reality of work, supply chains and the return of scarcity, the shift to the metaverse, these crises of truth, trust and values, and the new need for care. And this is not a comprehensive list. For example, supply chains and sustainability are interconnected, and both, in turn, are interconnected with the pandemic and with climate change. The metaverse has facets of hardware (VR/AR), software (Web3), and culture.

Finally, cities define themselves by their interconnectedness, like Hamburg’s “gateway to the world” moniker. Cities are systems. Physical proximity, which allows for a higher degree of connection, is their raison d’être.

Or, in the words of complexity scientist Geoffrey West:

Cities are effectively machines for stimulating and integrating the continuous positive feedback dynamics between the physical and social.

Cities will adapt and become part of the metaverse, whatever this will mean. Somewhere, there must be today’s Rudolf Hillebrecht, drawing a blueprint of the metaverse-friendly city. Shopping, working, leisure and living will be interconnected in new ways, beyond the car.

Photo by Molnár Bálint on Unsplash