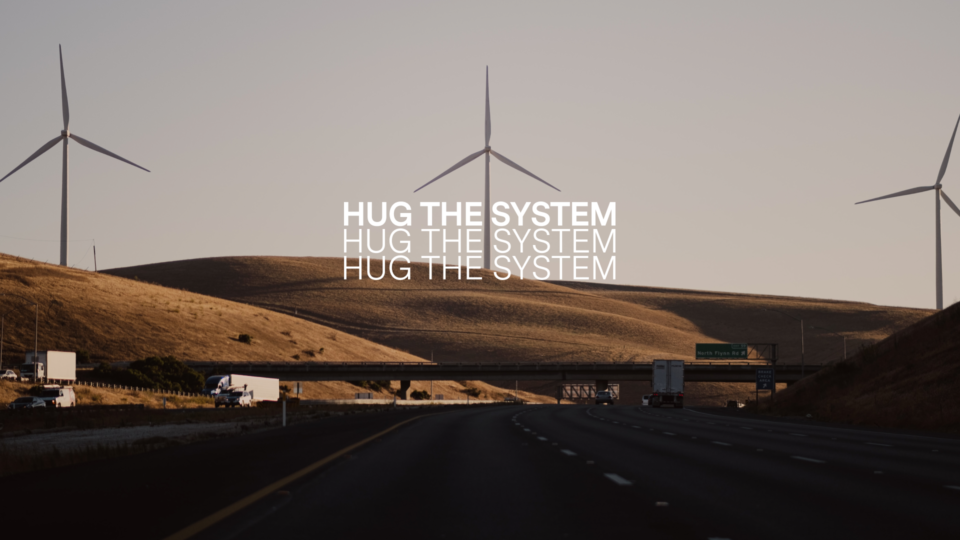 As one systemic crisis overlays the other, we see a certain paradox at work: while systems are shocked and stressed, appear to be collapsing or undergoing massive transformation, they remain remarkably resilient. One is tempted to say that’s the secret of life. It continues even under the severest of conditions. For survival, evolution is enough.

Here at NEXT, our heritage is the digital revolution, which is a transformation of social systems carried out through the spread and evolution of networked software systems. This revolution has caused plenty of disruption, not only in social systems, but also in economic systems.

However, now there is disruption everywhere, from health systems to supply chains, from financial systems to energy systems. And, of course, defence systems. We are at the end of a decades-long period of globalisation.

Despite widespread disruption, we still address our crises as separate phenomena. But they are interconnected. There is a direct connection between the climate crisis and the war in Ukraine, through the energy crisis. Germany has been quick to abandon nuclear energy and coal, only to end up being heavily dependent on natural gas imports from Russia. That was not a problem – until it became a big one.

Consumers are facing a loss of wealth, through the return of scarcity and rising prices. Via inflation, economic systems can adapt to scarcity, as long as there is a surplus of money that transfers itself into demand greater than supply. Consumer behaviour, which already changed significantly during the pandemic, continues to change under new pressure.

This disruption faces marketeers with new challenges. For marketing to truly work today and do the job, there is no way around working strategically, networked and in a holistic system. This is the advice of Maurizio Barucca, who heads marketing at Barmer, one of the two largest health insurance funds in Germany.

But this strategy work is highly complex.

“In addition to the basic business fundamentals, marketeers need a deep understanding of digital technology, strategy scenarios and competitive tactics to anticipate the change and work more foresightedly. Because it’s relatively quick that scenarios change completely and that there are swings.”

We’ve interviewed Maurizio for our upcoming book Next Level CMO, which will be out this summer.

The systemic paradox of disruption and resilience is what will keep us busy at NEXT over the next months. In the field of tension between fear and hope, we’ll continue to look at change through a systemic lens. We’ll try to connect the dots of single data points to paint a bigger picture of what’s going on.

The crises of our times, be it climate change, the pandemic, a new war in Europe, or the end of globalisation, highlight the flaws in our systems, accelerate and exacerbate trends and change, and add to our agenda. We believe this comes with plenty of opportunities, along with the risks.

We should focus on building up the new while preserving those existing things we still need and want. For example, we need new, sustainable energy systems, and the urgency of this is growing. But we also need a systemic approach, and this requires something that resembles a plan.

Energy systems typically have a long half-life period. Germany’s power station park includes plants that are several decades old. Replacing fossil as well as nuclear plants with renewable alternatives will take time and demand significant investments. But first of all, it requires the right regulatory framework.

For decades, Germany’s energy policy has been a mix of wishful thinking, depoliticisation of dependencies, and a lackluster approach to renewables. The plan to abandon nuclear and coal plants without sufficient investments in renewable energy turned out to be unwise. Ignoring the political explosiveness of increasing dependence on Russia was naïve at best.

The Zeitenwende (turn of tide) proclaimed by chancellor Olaf Scholz in late February begins on the ruins of the previous policy. There is now a huge opportunity to get rid of self-deception and start with a fresh, systemic look at challenges and opportunities. Using natural gas as a bridging technology now looks questionable at least.

The systemic paradox typically translates into a mix between business as usual and change. This is evolution: the system continues its operation, while it changes to ensure its continuity. Change begins with changing basic assumptions:

From a CEO’s viewpoint, Putin’s invasion of Ukraine has done more than unleash Western embargoes and boost inflation. It is burying most of the basic assumptions that have underlain business thinking about the world for the past 40 years.

The end of globalisation will introduce new inefficiencies into global supply chains:

CEOs who used to build empires based on just-in-time production are now looking at just-in-case: adding inefficient production closer to home in case their foreign plants are cut off.

And it will spell a swing back to a greater role of the state. This translates into a higher ratio of government expenditures to gross national product (GDP). This, in turn, means either higher taxes or increased government debt, or probably both. Someone has to foot the bill.

We can also view this, systemically, as reinternalisation of externalities. Outsourcing security to the United States, energy needs to Russia and export-led growth to China, as Germany has done for a while, comes with risks and will eventually backfire. Emitting carbon dioxide into the atmosphere leads to climate change and must stop at some point, better sooner than later.

These externalities are now reappearing on the cost side of the business calculation. Or, as Matthias Schrader puts it:

We are now that “future generation.” We must fix all of this.

The bill arrives, and we must pay it. But, again, this comes with fresh opportunities. Rising prices make new solutions viable and will encourage innovation. The age of cheap fossil energy may be over, but the age of cheap renewable energy is already dawning.

In 1999, German hip hop band Blumentopf released a song titled Fuck the System. From the lyrics:

I didn’t ask him, he just started to tell me
The world is bad and it’s all the fault of the whole system
(Ah, yes?)
And while his plume burned me in my nose
He explained to me what he called the next phase
Instead of going to the barricades with banners
You have to think big and take over the shop
(Oh, what?)

Over two decades later, we beg to think big and hug the system. Let’s embrace all kinds of systems with their peculiar mix of change and continuity, and let’s make sure that the change is for the better.