Blogging Bruce Sterling: the web reacts to his NEXT keynote

Bruce Sterling's closing keynote was the most challenging of the conference. As the video has spread, people have been quick to pick up on his ideas - and his big warning. 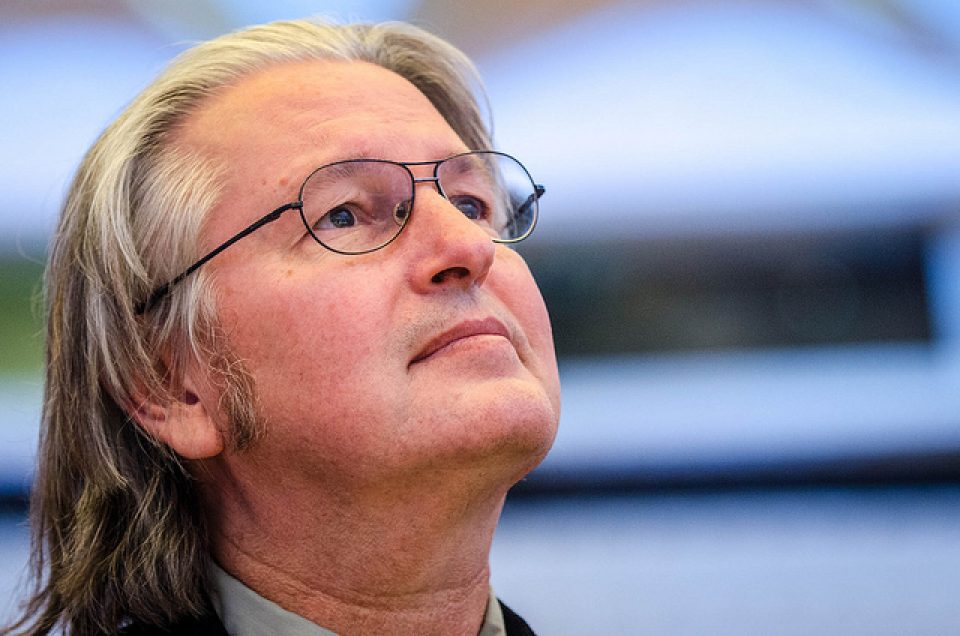 In the weeks since NEXT Berlin, it’s been interesting seeing the videos spread around the web, and the ideas that arise as a result. So farm, the most widely shared seems to have been Bruce Sterling’s challenging closing keynote, in which he intertwined the ideas of design fiction and the global financial crisis. It wasn’t  comfortable speech to listen too, but it challenged you. (The video and a liveblog are up elsewhere on the site)

Probably the biggest single boost in attention came when noted comics and sci fi author Warren Ellis picked up on the video and published it on his blog:

People like Anab and Bruce do some of the best science-fictional thinking around, up on their feet at places like this.

Warren’s referring to Anab Jain, whose talk is up now. From that post, the Sterling video was found and passed on by über blog Boing Boing:

Bruce Sterling’s speech from NEXT Berlin is a blast of cold air on the themes of startup life, disruption, and global collapse. Bruce excoriates the startup world for its complicity with the conspiracy of the global investor class to vastly increase the wealth of a tiny minority, and describes the role that “design fiction” has in changing this.

My perception of the speech was that the design fiction element was as important as the warnings of the dangers of a minority of people holding the purse strings. That’s not been reflected in all the commentary that followed the Boing Boing post, though. The headline of Barry Ritholz’s post focuses on the negative: Startups Are Not Disruptive – The Global Rich Get Richer. This forum post picked on on the same theme, but for more evident reasons.

Bruce expanded further on his themes post-conference in a chat with Henriette Weber of ToothlessTiger.

Others, though, took inspiration from the talk:

This broke a whole bunch of paradigms for me, interesting that I’ve thought about creating a global network like he talks about… time will tell if we can.

Matteo Cassese returned to the theme of how Sterling and Jain’s talks informed one another:

It’s a vision non dissimilar from the positivist view of singularitarians, but that sees technology not only as a tool of empowerment, but as the vehicle of accelerated human confusion that she calls superdensity.

And some people are just out and out fans of Mr Sterling:

If you’ve read this show in the past, you already know about my girly crush on Bruce Sterling. His calculated grumpiness and enormous savoir-faire just pushes my intellectual buttons in a way that few men are able to, plus he can write fiction like no other, and it helps that what he has to say is usually daring and brilliant. This time around, Mr. Sterling is in Berlin for the NEXT Conference, whose tag line this year is “Here Be Dragons”. No shit. Well, those European tech hipsters sure got what they came for, this is Sterling at his best.

And the conversation rolls ever on – and new ideas get introduced. People have been responding to Bruce’s request for design fictions authored in Berlin…