Tech conferences: a collective dream of the future

As the European tech scene gathers in Paris, it's worth remembering that tech conferences can be a greta way to dream the future into being It’s probably a little navel-gazing to write about tech conferences on a tech conference blog – but I hope you’ll indulge me. Like much of the rest of the European tech scene, I’m making may way to Paris for our annual winter party – LeWeb.

It’s an interesting bellwether for the path of the tech industry. It started off as a small conference for bloggers in 2005 – LesBlogs – and has become a corporate behemoth owned by Reed MIDEM, a conference giant that also runs MIDEM for the music business, and MIPIM for the commercial real estate industry. (Full disclosure: I used to be an employee of Reed Business Information, a sister company of Reed MIDEM).

Throughout that journey it’s remained an essential part of the tech calendar even as new events – like the Web Summit, The Next Web and even our own NEXT conference have arisen. It’s a sign of the growth of the tech industry that it can now support such a diversity of events.

As I contemplate these three days ahead, an ocean between myself and my family, spending my day in a quasi-industrial bunker on the periphery of central Paris, I do find myself wondering why I do it. As the event has changed in nature, many of the people I used to attend with have dropped away. There’s a touch of sadness in me this year, as I contemplate how few familiar faces from the mid-2000s digital scene I’ll see. Although… that could be the small bottle of white wine I just had with my lunch on the Eurostar talking.

A channel tunnel – dream or joke?

Ah, the Eurostar. When I was a child, growing up in rural Scotland, the idea of a channel tunnel was a joke. It had been announced – and cancelled – so often, that nobody truly believed it would happen. And yet, now it’s here, and I’m travelling on it even as I type this, just as I have every December for the last nine years.

We don’t make the future happen. It’ll come to be whether we act or not, but we can influence what comes to pass. Somebody has to dream a future before we bring it into being. For years people had been dreaming of a tunnel linking mainland Europe and the UK, and eventually that dream was brought into being. 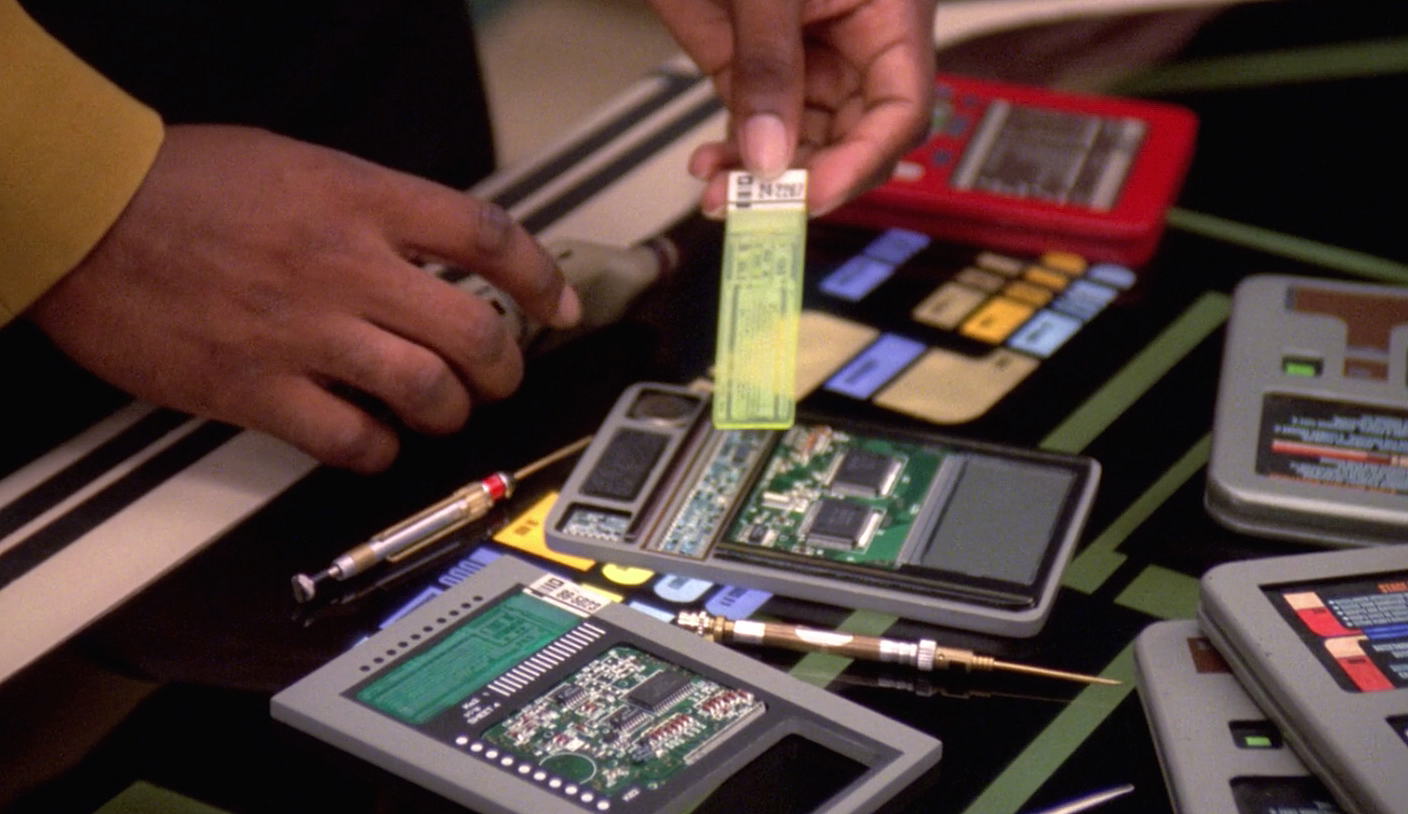 It was almost comical, in hindsight. I am sure that page turn, where the text and pictures really change, was a moderately fancy special effect in its day. And now you could do it for real and film it straight-up. There is another scene where the commander’s son Jake looks something up in the ‘educational database’ and then has it ‘replicated.’ Replace those words with ‘Wikipedia’ and ’3D Printer’ and it doesn’t sound so sci-fi anymore…

What should we buy at tech conferences?

Let’s be honest: tech conferences are full of people selling us things. They are, in essence, commercial events – and there’s nothing wrong with that. We live in a society where commerce often drives innovation – and weeds out poor ideas. But there are two things that people can sell at these conferences: products and ideas.

The products? Mostly I’ll have forgotten them by the time I board the Eurostar again on Thursday night. It’s not often a talk at a tech conference has led to me buying a product straight away. Aza Raskin’s talk at the last NEXT was an exception. I bought a Jawbone UP24 straight afterwards, and I’ve been wearing it ever since. No, I’m there for the ideas. I want people to sell me a vision of the future – one to believe in, or one to fight against.

The ideas? This is why I go to tech conferences – even when I’m not being paid to do so. They’re a chance to spend a few days dreaming a new world into being – thinking of what the world could be, not what it is – and then take those ideas back to the rest of our lives to make them happen.

The art of enjoying a tech conference today, is to see beyond the product pitches. Look at the visions of the future that the startup competitors are making manifest, and think of what those ideas could mean for the way we live. Listen to the people up on the main stage, and try to separate those who can only talk about the way things are now from those that have a genuine vision for our future.