Google's new buildings will be as innovative in construction as they are in design.

We seem to be moving into the big, statement building age of tech. It’s a curiously traditional approach to being a big company, and we’ve seen previous generation of hime multi-nationals do the same. And the upstart tech industry is following along that well-trodden path. 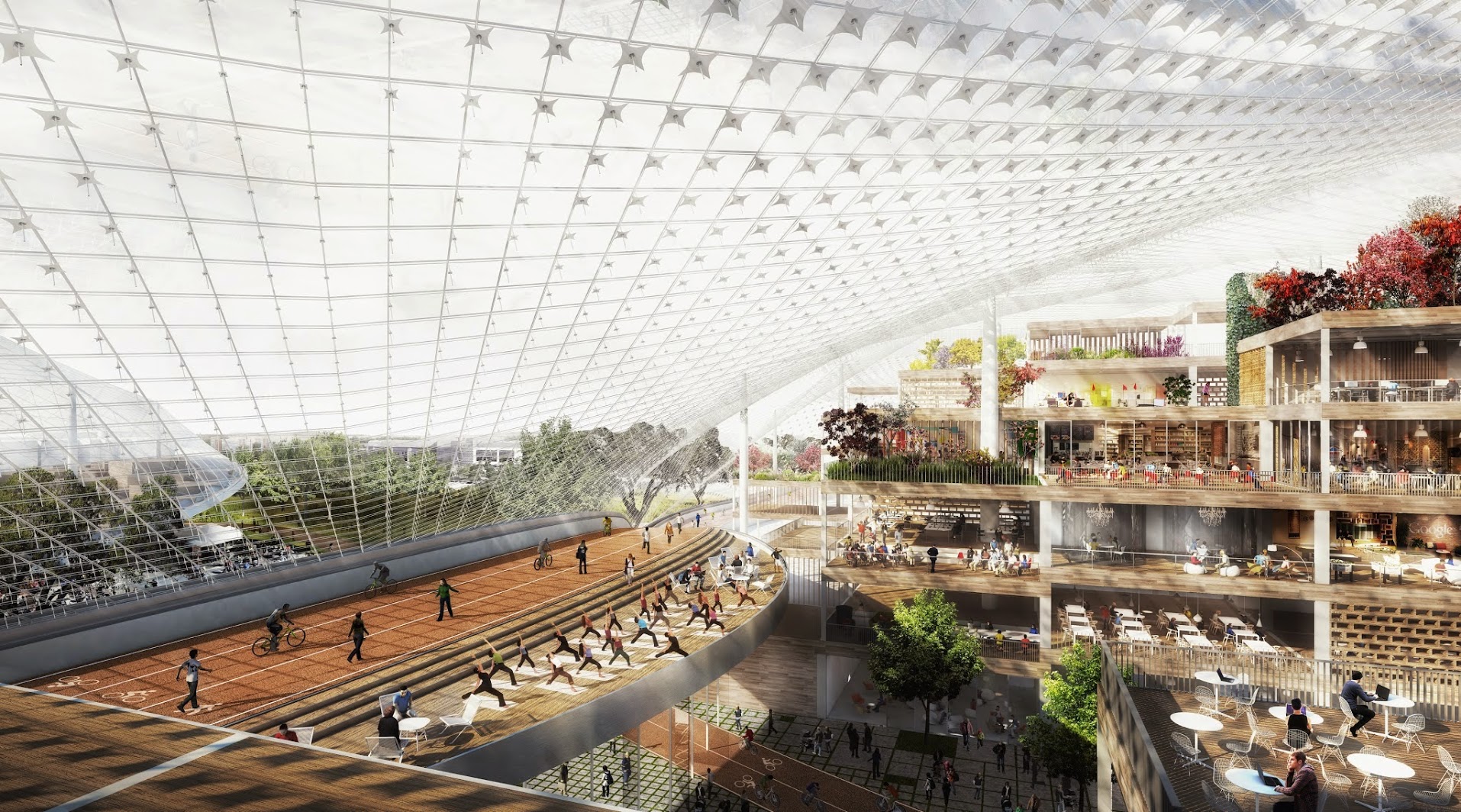 However, the Architect’s Journal is reporting that the construction of the new Google buildings will be just as interesting as the structures themselves:

An army of robot-crane hybrids will be assembled to build Google’s new headquarters in California, according to the latest design papers posted by the IT giant

Mock-ups of the so-called ‘crabots’ are featured in lengthy planning documents submitted to the City of Mountain View Council in Silicon Valley and seen by AJ this week.

Sadly, the scheme won’t break ground for a while yet – they’ve hit a planning and land snag which will delay it by some time. But robot/drone construction? That’s bringing the same kind of innovation to the built environment we’ve seen them bring to the digital world. Exciting stuff.

It feels like we’re at an exciting stage in tech, where the innovations in digital devices are facilitating ripples of digital influence outwards into our physical environments – disruption on a bigger scale. That will be fascinating to watch – and to live in.