How will we live?

We're standing on the precipice of another dramatic change in the way digital technology affects our lives. The only question that matters is: how will we live? The changes we’ve seen within a generation or two are astonishing.

My daughter has no concept of linear TV. For her, a show starts when she wants it to. Phones are portable objects, that “do” photos and videos and games and all sorts of fun stuff. She likes talking to Siri. My daughter lives in a future I would never have dreamed of as a small boy growing up in Scotland.

In the late 1970s, my family shared a single, fixed phone line. Not just with each other, but with another family down the street. It was called a party line, and was not uncommon in Britain in the 70s. When my father travelled to Asia on business, we’d be lucky if we spoke to him more than once a week – and even then, the audible lag in the conversation – the time our voices took to travel half way around the world on copper wires – made it odd and stilted. In the last year or so, I’ve taken phone calls from my watch, and chatted to my eldest daughter via live video from Berlin, Paris, Hong Kong and New York.

Look back into history. Look at the industrial revolution – which was, in fact, two revolutions, lasting about 50 years apiece. We’re probably still in the early stages of the transformation that digital technology will bring to our lives.

Think about that – the digital revolution may well only just be getting going.

Such massive waves of change bring both opportunities and challenges. You can’t underestimate how much such revolutions change the very fabric of the way we live. The Industrial revolution birthed cities as we understand the today, and the education systems we still use to prepare our young for jobs that may no longer exist in the forms we’re training them for. They emptied the countryside of the young, and changed the nature of the way we eat. They allowed great companies to rise, something that just could not exist on that scale before.

You don’t make the most of these once-in-every-10-generations moments by wallowing in nostalgia. Nostalgia is not a business model – nor is it a sound basis for a society. You have to recognise that the world is changing around you, and become part of that change.

It’s easy to assume, given all the changes we’ve seen in the last two decades, that the pace is about to let up. That does not look like a safe assessment.

Tech gets big, and small and… omnipresent? 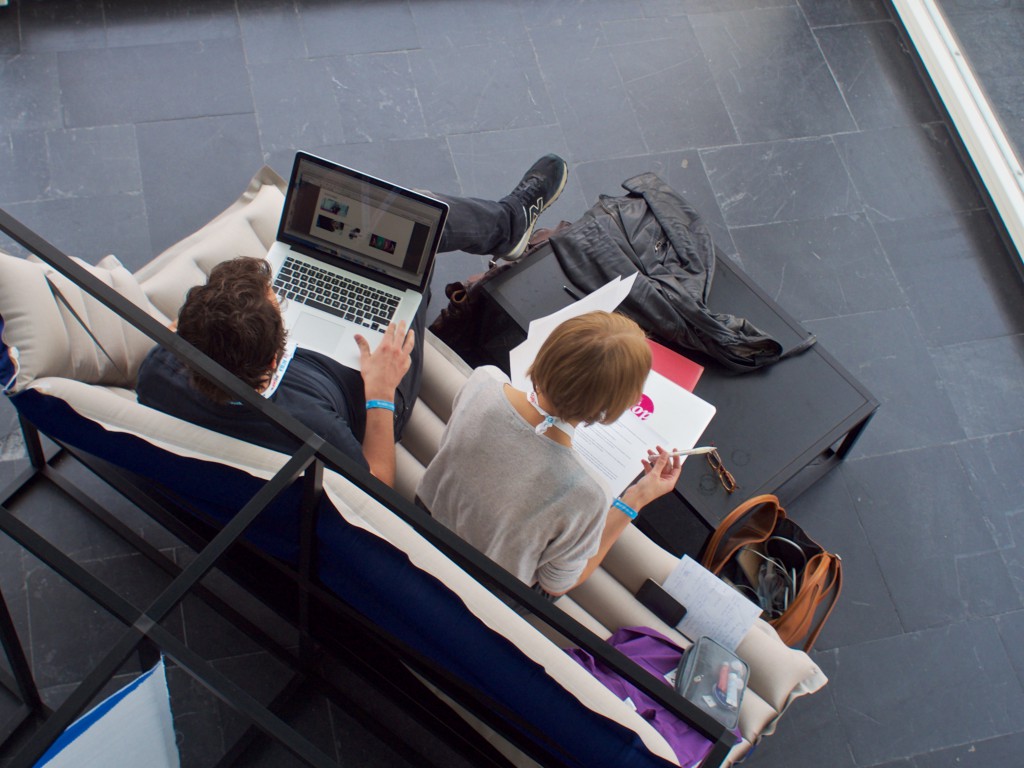 No, right now, we feel poised on a threshold – at that moment of inflection, where technology is still contained in devices – in computers and phones and watches – but will soon break up and spin out from there, infecting everything around us with digital communications. At one end, we’ll have the internet of things, with the smallest objects in our lives communicating about their status – and taking instructions. At the other, we have the smart cities – whole sections of our urban infrastructure connecting themselves together, and gaining a digital nervous system that makes them function far more like the organisms so many have compared them to.

Part of the way we help shape that future is by dreaming it. Past NEXT speaker Bruce Sterling talked of design fictions – stories we tell ourselves about the technology of the future that actually start setting the ground work for the technology of the future. In the early hours of a Saturday morning, as I prepared to follow a labouring wife to the local hospital, I was talking to the lady coming to care for my daughter via my watch – the first call I’d taken on it. And I couldn’t help but think of Dick Tracey‘s watch, and Star Trek: The Next Generation‘s wearable communicators as factional pathfinders for the technology I was using in that moment.

But the best, most useful dreams are rooted in the here and now. They take the technology we have around us, and dream of how we might live, work and trade better with it. They abandon the idea of doing what we do now a little bit better, and embrace the notion of changing the very way we live.

And, make no mistake, business has a huge role to play in this transformation. Many businesses will die in the transition. Many will be born and rise to prominence. Others still will be transformed by it. But the forces of commerce triggered this revolution and they lead it. And, while tempered by government and society, they will continue to shape it.

Nowhere is that more visible than in the rise of companies like Über. Has ever a single company both so transformed something as simple as a short journey across town – but caused so much tension as it did so, with riots and protests on more than one continent? It’s quite an achievement – for good and ill – for a company born in the mind of its founder while desperately hunting for a taxi in a snowy December in Paris, while attending a tech conference.

If there’s one point of commonality, of stability, amongst all this change, it’s that big things happen when you bring people together. When people, ideas and events collide – ideas and societies and businesses are born. What happens when a music festival intersects with a tech conference? This September we aim to find out.

Music is one of the great bellwethers of technological change. Music was played by small groups for small ground, until technology enables recording and broadcast. Today’s industry was born of wax cylinders and vinyl discs, but even that form of it is barely recognisable today.

My late father used to save up to buy an occasional vinyl record on Saturday mornings at his record shop in north London. Less than half a century later, I can stream the vast majority of the world’s recorded music to any connected device I own for about the same amount of money he used to spend each month.

Earlier today, I was driving home with loud 80s music (I admit it) streaming to my car via the mobile phone network. I like living in this future. It sure beats sharing a phone line with the family up the street.

My youngest daughter is barely two months old. How will she consume media? How will she talk to her old Dad when she’s away on business?

How will she live?

How will we live?

Apply to join us in Hamburg in September, as NEXT conference and the Reeperbahn Festival join forces to explore How We Will Live.