Amazon is kicking out its new hardware fast and furious - and it's doing its very best to own our homes. If you’d said to me five years ago, when I started writing on this blog, that I’d eventually be writing about successive Amazon hardware launches over a couple of weeks – and that people would be starting to talk about Apple being behind them – then I would have laughed at you.

That would not have been a good call on my part.

Mere weeks after the Echo Look was announced, Amazon has a new device for us: the Echo Show. And this is what it does:

Now, it’s not a lovely object. And that’s not a great thing for a device that’s designed to sit, on display, in our homes. But Amazon has a history of starting ugly and getting better, so we can probably ignore its rather brutal appearance for now.

On one level, it’s a rather obvious extension of the Echo brand – allowing you to bring things like playing video and making calls into the room. It’s the Echo + Screen, just as the Echo Look is the Echo + Camera: specialised variations on the same low(ish) cost device for different rooms.

BUt something deeper is at play, here. Amazon is slowly building out a platform for the home. And that seems to be a strange decision. Amazon has largely been a platform neutral player – it’s been happy to have its tools anywhere you like. You can read you Kindle books on pretty much any device under the sun, for example. But all that changed a couple of years ago with the Apple TV – a platform on which Amazon Prime video has been noticeably absent.

Could it be that Amazon is getting uncomfortable with Apple and Google (via Android) becoming the controlling routes through which it reaches market?

Back to the videophone future 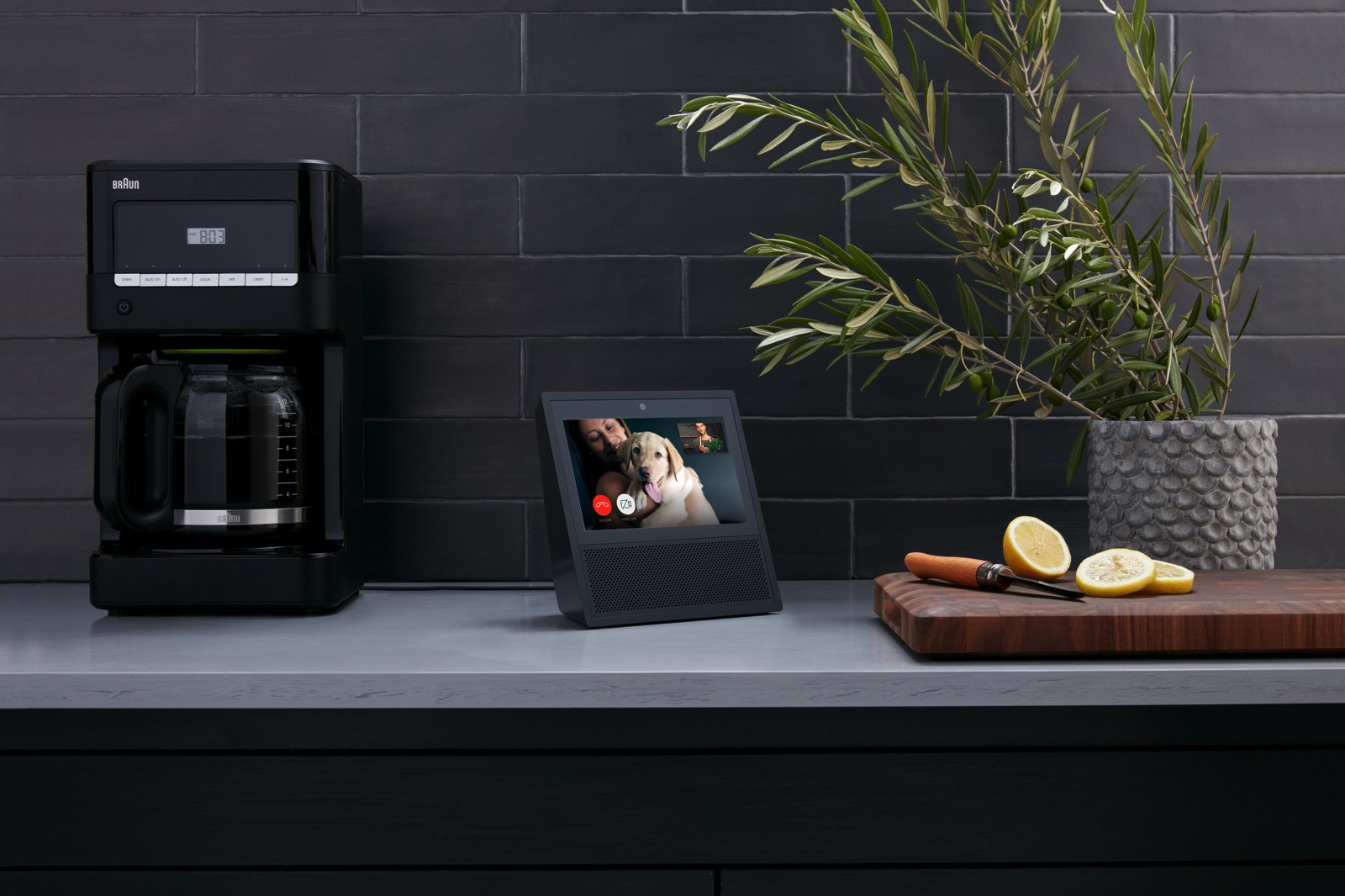 Video calling has been something of a holy grail since the telephone itself arrived. During my childhood in the 1970s, we were promised that it wasn’t far off:

Roll forwards nearly 40 years, and while it’s possible, it’s not a regular part of many people’s lives, unless they’re sat in front of their computer. Great for the office worker – not so great for the family.

The addition of video calling to the equation is one of the more powerful aspects of what the Echo Show can do. As anyone who has used Apple’s FaceTime to call family members will know, group interaction over video is a powerful way to keep in contact – but your tablet or phone is not always an ideal way of doing that. Unless you have a handy stand around, there’s a lot of angling and holding involved to get a decent picture on the screen. A stationary device well angled for that could make it much more useful, and more instinctive, when all you need to do is say “call gran”.

My four-year old daughter is already quite adept at using voice interfaces. This would make it much easier for her to call her cousins or grandmother. And the extension of the calling system into the Alexa app on mobile means that the travelling members of the family aren’t excluded from the network, which is vital if this is to work.

Finding the gaps in the phone ecosystem 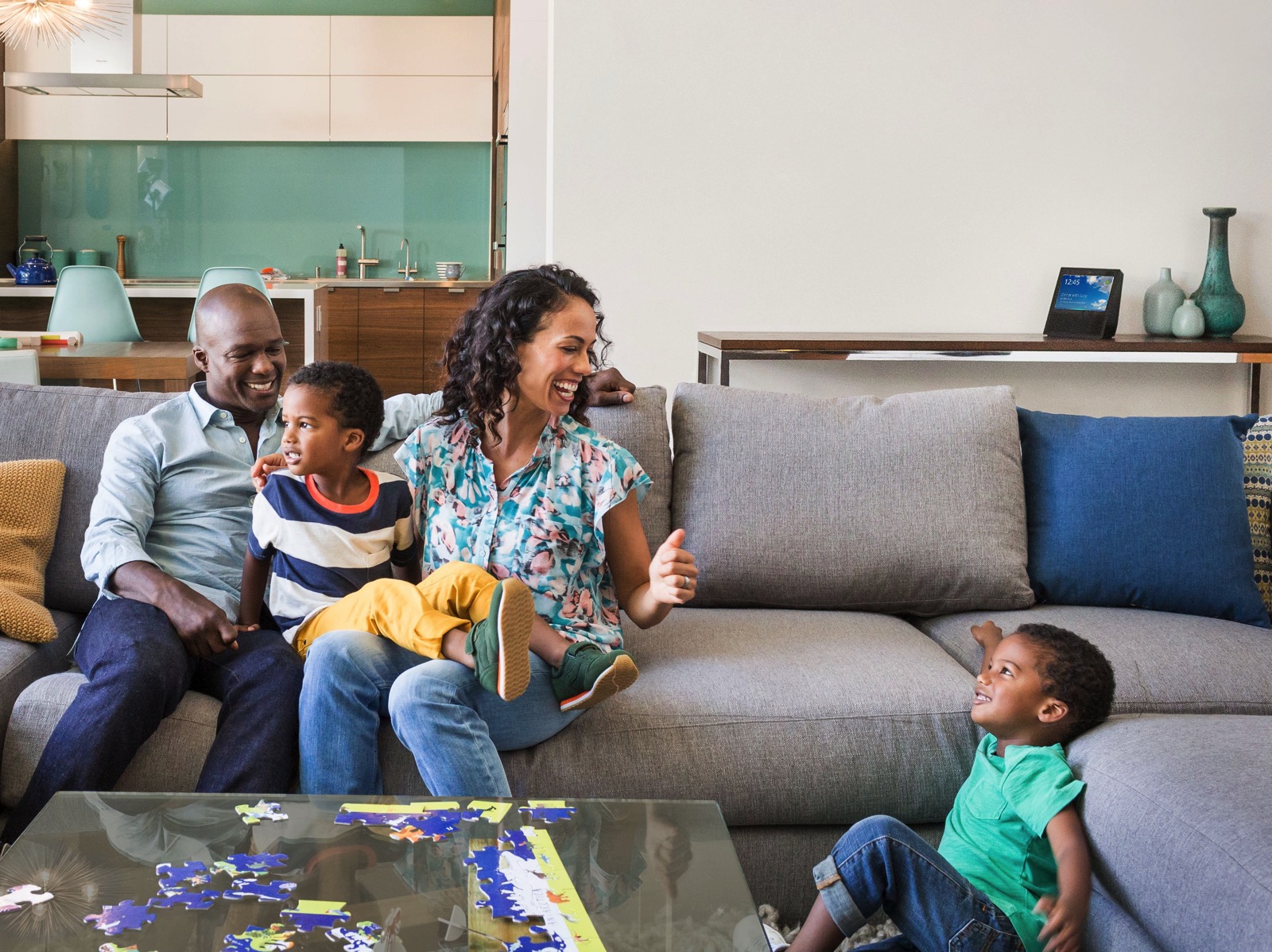 Amazon is quietly nibbling at the edges of the iOS and Android ecosystems, looking for places and situations where the phone-centric paradise doesn’t work – or work well – and inserting its own products into those spaces. It’s easier to do an outfit selfie with an Amazon Look than your phone, for example. And it’s easier to make a call – or control your smart bulbs – with your voice, then getting an app open on your phone.

And most of all – these are communal devices in shared spaces. Anyone can turn the smart lights on. Google has a small advantage here, having added individual voice recognition to its Home:

Amazon is surely working on similar functionality, though, if it wants to remain competitive in this space. And while the battle for the pocket has largely been won by the Google and Apple duopoly, Amazon is making a rapid play to own the home. And if you own the home, you own the family – and with the family comes your next generation of customers.