To survive rapid innovation, we need mindful adoption of technology

Change sneaks up on you. Once upon a time, the internet was about spotty nerds in their bedrooms — if you believed popular culture and the media in particular — and Instagram was about what you had for lunch. An eye blink later, and social networks are the battleground for transnational propaganda, and Facebook’s founder is testifying in front of Congress in the USA. Worse than that, he’s already admitted that personal information on pretty much everyone who has ever used Facebook has leaked out: At this point, the social media company is just going for broke, telling the… Change sneaks up on you. Once upon a time, the internet was about spotty nerds in their bedrooms — if you believed popular culture and the media in particular — and Instagram was about what you had for lunch.

An eye blink later, and social networks are the battleground for transnational propaganda, and Facebook’s founder is testifying in front of Congress in the USA. Worse than that, he’s already admitted that personal information on pretty much everyone who has ever used Facebook has leaked out:

At this point, the social media company is just going for broke, telling the public it should just assume that “most” of the 2.2 billion Facebook users have probably had their public data scraped by “malicious actors.”

Those scoffing cries of “it’s all about what you had for your lunch” seem dangerously naive now, don’t they?

Bill Gates once, famously, said that we over-estimate how much technology changes things in two years, and under-estimate its impact over 10. The exact quote, from his book The Road Ahead was:

In the 22 years (!) since that book was published, much of that quote has held true. But not, I think, the beginning of it. Technology has moved so fast, and the pace of change has been so intense, that we actually tend to over-estimate how fast technology will move, then get disillusioned, and be surprised when it swings back on us. We still under-estimate the long term-impacts. What we don’t do is take the technology we adopt seriously enough early enough.

The net result of that is new technology isn’t given the steady growth curve it needs to be truly reliable. Last week, we looked at the specific issue of autonomous cars — but the problem is bigger than that.

When bugs stop being harmless 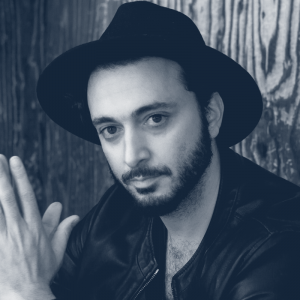 NEXT18 speaker Rand Hindi wrote last year about another technology that’s being rushed into our homes, without, perhaps, due attention:

Lets be clear, all technology has bugs. It’s the reason your apps crash sometimes, or you see some weird glitches on websites. Usually, these bugs are pretty harmless, so we just accept them. But when it comes to a device that sits in your home, listening 24/7 to what you say, it becomes a very big deal. This is exactly what happened to the Google Home Mini. An error in its implementation meant that it kept activating, and thus recording what it heard, sending this private data to Google.

Bugs in software a decade ago were annoying, but rarely dangerous. As that software listens to us, monitors us, drives us, they become more critical. And the potential impact, as Mr Zuckerberg had to deal with in front of Congress, is much greater.

Can this be fixed? Of course. But at a price. Hindi again:

The way is simply to process the voice and query directly on the device, instead of doing it in the cloud! Indeed, if whatever is recorded by the microphone never gets sent to the cloud, and instead stays inside the device you are talking to, then there are no more privacy issues. It wouldn’t matter if everything was recorded, since nobody would ever have access to it. And because of this, no consent would be required either.

But none of the major voice assistants do that: Google, Amazon and even privacy-centric Apple all hand-off data to the cloud to be processed. Why? It’s easier. Building a device that processed it all locally would require one with significantly more local processing power, and that means more cost, or a longer wait until the tech prices come down.

Today’s modern view of innovation brooks no delay. We must have it now.

The dangers of impatience

The last few months have made it very clear that we have all taken our privacy far too lightly. We’ve let devices and apps contain out world, our relationships and our secrets. And those devices and apps have not been good custodians of that data.

Slowing down the pace of technology innovation is a fool’s game. It’s a Canute-like battle against a relentless wave. But just because the technology is there doesn’t mean we have to leap on it the very second it becomes available. Most of us still live in a consumer society, and it’s about time we started exercising our consumer power with more care.

We once had the idea of the early adopter – the person who was using an iPod, or using social networking for years before it became mainstream. That early adoption curve is now measured in weeks, if not days, rather than years. That experimentation phase with tech-savvy consumers has eroded to the point where products that are all but unfinished are making their way into consumers’ lives.

If we’re to take advantage of this moment of crisis, if we’re to fix the mistakes of the past, we need to demand more of our digital tools — and of ourselves. Selling out our personal information for a quick dopamine hit of a Like, or putting corporate espionage machines in our homes for quick and easy shopping may not have been the wisest choices.

We can’t slow technology. But we can make our use of it slower, more deliberate, more mindful.

We can make better choices. Let’s do that.

Photo by Daniel Monteiro on Unsplash