The would-be Democratic Party candidate for US President used SXSW to promote her vision of reigning in big tech. And we should be welcoming this discussion, not running scared of it. 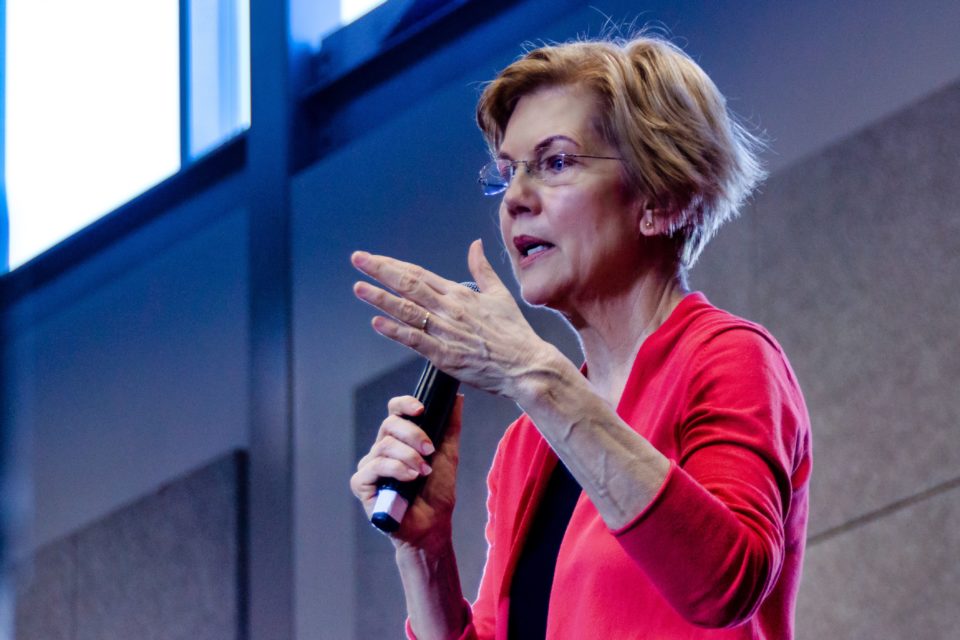 Our big tech conference compatriots often act as a useful bellwether of the way the tech industry is going. For example, Next Web has been acquired by The Financial Times, marking the mainstreaming of tech business discussion. LeWeb is LeMort, with 2014 seeing the last edition of the conference, making the passing of one era of the internet.

And SXSW, once a celebrated playground of new tech, where apps like Twitter first came to people’s notice, has an uneasy tone this week. And nothing sums up that unease more than US Democratic presidential nomination candidate Elizabeth Warren using it as a platform to launch her policy of taking on the big tech companies:

Warren said a problem had emerged in the tech industry where companies such as Amazon have data on buyers and sellers and are able to compete in online markets in a different way from average sellers and small businesses.

“My view on this is: it’s a little like baseball,” Warren said. “You can be an umpire, a platform, or you can own teams, that’s fine. But you can’t be an umpire and own teams.”

These comments reflected the plan she’s outlined the week before to break up the major tech players.

The End of Tech’s Utopian Dream

That a politician seeking election could go in front of a tech-centric audience and say these sorts of things without being booed off the stage is deeply indicative of how far we’ve come in recent years. In those earlier, more utopian years, politicians seeking to regulate and intervene the tech world would have been seen as stifling innovation, especially in that most techphillic of countries, the USA. Could you imagine a Obama-era Democrat getting away with a comment like that, let alone a policy? The Obama White House was close to the tech world. A Warren White House would seek to curtail their power.

Now, there’s plenty to argue with in Warren’s plan. Ben Thompson did an excellent job of it in his regular Stratechery e-mail. As he points out, her intervention, as outlined currently, would be likely to “create massive new problems, have significant unintended consequences, and worst of all, not even address the issues Senator Warren is concerned about”.

Helpfully, however, Thompson has some practical advice on how to move forward more usefully:

I do know what is the first thing Senator Warren should do: rectify three clear areas where I believe she is mistaken about technology. Her proposal is wrong about tech’s history, the source of the tech giants’ power, and the fundamental nature of technology itself. All three are, unsurprisingly, interrelated, and it is impossible to craft a cogent antitrust policy without getting all of them right.

The point here is less about how good Warren’s proposals are right now, and more that these conversations are happening in the mainstream. And it does take a while for them to reach the mainstream. We first started flagging up these issues waaaaay back in 2012, as we started exploring the NEXT13 theme:

And yet we worry, we fret. We fret about data, who is collecting it and why. We fret about privacy and security. We worry and fear disruption, which changes business models and renders old business to ashes.

Nearly seven years later, politicians at the highest levels are taking those issues seriously. And that’s good. That’s a conversation we need to be having.

From Unease to Empathy at SXSW

That general feeling of uneasiness with tech seems to have spread throughout SXSW this year. As Mark Murray Jones noted for Insider, he took away a sense of empathy infusing the tech world in a way he hasn’t seen recently:

It appears SXSW has taken this theme to its heart in 2019 — almost as though it has some moral obligation to help us navigate the issue. Perhaps there is a collective feeling of culpability given that the very technological change the event celebrates is also in part responsible for the worrying trends we see in society.

That theme also finds its way into Campaign’s coverage:

Six years ago, it was enough to announce that you had an app that was going to change the world and make a ton of money. And not necessarily in that order. Now every other talk has an ethical dimension – sample title: AI and the Threat to Democracy. The latest acronym for the US tech giants is the G-MAFIA and Gary Kasparov half-joked to a packed room that “technology is one of the main reasons why so many people are still alive to complain about technology”.

I find that more reassuring than Warren’s political statements. We need more than a single intervention to bring tech back in alignment with human values. A distributed approach, with each group of technologists and companies finding ways to infuse their own products with empathy, based on their own spheres of influence will almost certainly have more impact than a government intervention. Looking back at the US and EU’s moves against Microsoft, they came after the seeds of its dominance were already sown.

That said, I think we can all find something to celebrate in these more mature conversations happening. Long may they continue.