The world can be divided in two, right? Those of us who had to learn digital, and those who have known it their whole lives? Wrong. The truth is much more complex… 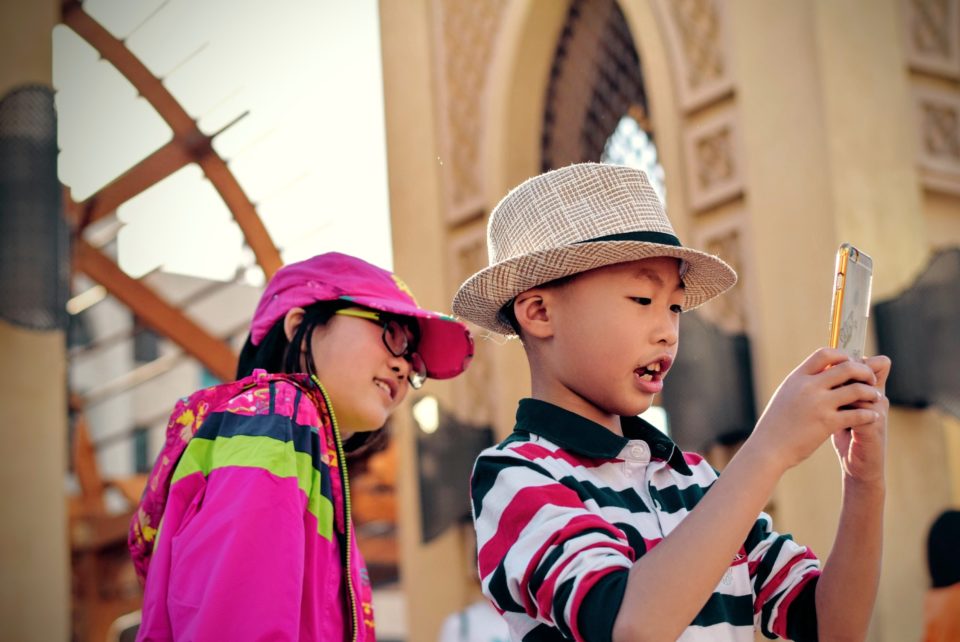 One of the most discussed pair of parallel worlds is that of the digital native and the digital immigrant — Martin referred to them a couple of weeks ago. The divide is simple — those who grew up digital, and those who learned digital later in their lives.

But, while the divide is simple, the manifestations are not. For example, there’s often an assumption — especially amongst some digital immigrants — that digital natives just “get” digital. Clearly, you’re best hiring digital natives for digital jobs. Right?

Leaving aside the agism inherent in that, it’s worth asking: where did digital come from? Who built it?

And the answer, of course, is digital immigrants. The first wave of immigrants are the pioneers, and our entire digital infrastructure was built by those pioneers. Sometimes digital immigrants understand digital better than digital natives, because they had to work harder to learn it. They used it in its rougher, less streamlined state. They built the UX and UI conventions, conceived of the apps and devices, and built the products dependent on them. They understand the digital world because they built it.

To use an example from another age, I am, like everyone reading this, a car native. I have never know a world where the majority of families didn’t have access to an automobile. Like many Gen Xers, I’m a very competent driver, and aspired to driving as a symbol of independence as a teenager.

I also couldn’t repair a car or explain the internal combustion engine with any depth of understanding. I certainly can’t fiddle with an engine in the way my father’s generation did routinely. Like many technology natives, I understand how to use the device but I comprehend very little of the underlying technology. Sure, there are car hobbyists and professionals who can. But the rest of us?

So, facility with using digital doesn’t necessarily imply a familiarity with taking that skill to a professional level. In fact, and apologies if this makes you rewrite some of your slide decks, but research shows that the idea of an inherently digitally-skilled native is a myth. Today’s teenagers and young people have to learn to use technology in just the same way we did — and assuming they don’t is actually damaging.

Add to that the fact that many digital immigrants have been using the internet for longer than many digital natives have been alive. Many students on the masters course I teach are around 23 years old. That’s almost exactly the length of time I’ve been online — and I was using digital for half a decade before I got online. The delight in teaching that module is that we learn from each other. Why? Different perspectives.

Digital nativism is all in the perspective

The distinction here is not of knowledge or skill, but of perspective. A shrinking cohort of us knew a world before the internet. That shifts our perspective. But we digital immigrants are not a homogenous group. At one end you have those who literally built the digital world we know today. And at the other extreme we have those who refuse to engage with it. That’s not one world: it’s multiple worlds.

Let’s complicate matters further: not all digital natives are a homogenous group either. And their behaviours don’t match well to those of older generations. Facebook, for example, is much more a place for the digital immigrant and the first wave of digital natives. Later-born natives are much more sceptical of it, preferring to invest their digital time in YouTube, chat apps — or even TikTok.

As with any other simplistic divide, the digital native/immigrant classification has its limits. As digital grows wider, and more complex, you need to look deeper into behaviour cohorts — and you might find that many of them cross the native/immigrant threshold.

For example, YouTube use is growing across all demographics, Facebook has an ageing user base, while the young people love the ‘gram and Snapchat. The latter two prove, if nothing else, that some things remain constant: young people rarely like the places that their parents hang out…

The first cohort of social-media journalism students I taught, back in 2012 and 2013 had no problems embracing Twitter and Facebook as the core of their work. The most recent cohorts have to be reluctantly dragged there, and shown that that’s where the people they are trying to reach are.

Digital is a fast-moving space, and attitudes are changing quickly.

And so, perhaps the best way of using the terms “digital immigrant” and “digital native” is as a warning: if somebody is basing their ideas, their presentation or their work on them, they probably lack the fine understanding to do really good work.

Because we know better, don’t we? The NEXT community understands that digital is not a simple binary divide based on age, but a complex mesh of interconnecting parallelwelten, and that navigating them is the true skill of a digital expert as we approach the third decade of the the 21st century.

And, of course, age is only one vector in this equation. There’s plenty of others, too. For example, if you want to really understand what’s going on with these parallel worlds, you need to factor in geography as well…

But that’s an article for another day.