We're entering a new dark age, where technology obscures, rather than clarifies. How do we cope — and survive? 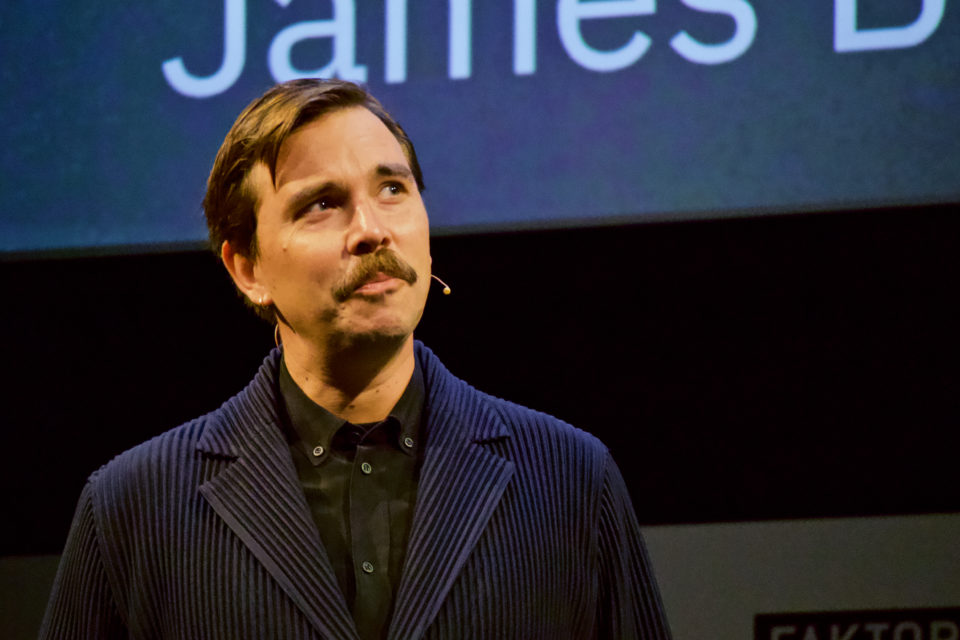 James Bridle is an interdisciplinary artist, and journalist. He spoke during the afternoon session of NEXT19 on 19th September 2019. These are our live-blogged notes from the day.

Despite coming from a background as a joyous nerd, James finds himself deeply concerned about the way technology is developing. When we talk about technology, often what we are talking about is the way we talk and interact with each other.

Take the cloud: this nebulous, invisible place where we talk and store our stuff – or that’s how we think of it. But it is very real and physical, owned by companies under legal jurisdictions. But the name and the “cloudiness” it implies is important. There is a tight relationship between our ideas of the weather and computation.

In the 19th Century, it was first proposed that we could predict the weather through computed data. Lewes Fry Richardson suggested that, if you divided the world up into small enough chunks, you can do calculations that predict the weather. And it worked. But it took several weeks – which was not fast enough to be useful.

By the time of the two-room ENIAC computer, we were getting closer to useful timescale for prediction. That computer was used for two things: weather prediction, and making nuclear bombs…

The ENIAC was a computer you literally went inside. The cloud has made that couple of rooms into something the entire world fits into.

When digital slows everything down 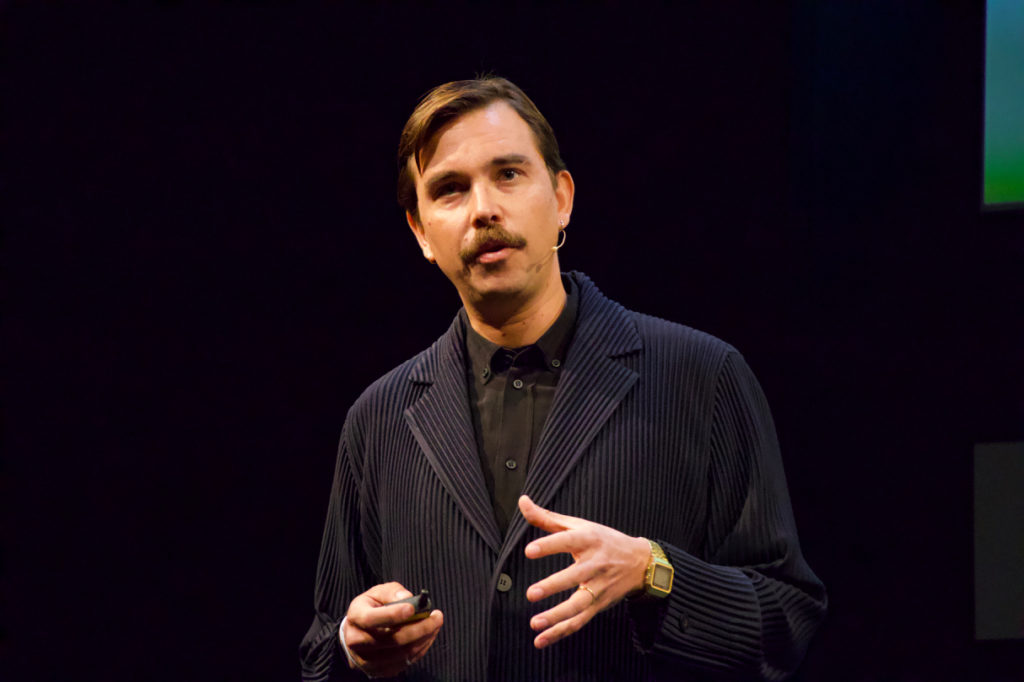 Meanwhile, Moore’s Law continues to be true. But it isn’t producing the results we want. Eroom’s Law shows that biotech discoveries are dropping as more computers are used. This is being replicated everywhere.

Even existing computational solutions are breaking down. As the atmosphere warms, air masses get more unpredictable, causing more clear air turbulence. And our past data is no use in solving these problems, because of climate change, and because of our inherited ideas of technology.

The internet itself is a driver of climate change, at a similar level to the aviation industry. Human cognition erodes at high levels of CO2 in the atmosphere. We’re making ourselves stupider – as death by GPS shows. People will follow computational systems to their death. It’s called automation bias, and it even impacts on pilots. Our brains like the easy way out, and hand over control to systems we trust.

Amazon uses a chaotic storage system, that shelves items together in clusters of predicted orders. No human can understand this, so they use wrist-worn devices to navigate the space. The humans don’t need to be educated – they just need to follow instructions. We are deskilling our people.

We’re using technology to hide labour, like the dark kitchens that fulfil Deliveroo orders. There are more orders than the original kitchens can cope with, so empty lots or car parks are filled with temporary kitchens where chefs work shifts.

YouTube is a cesspit of awful things. The YouTube auto play algorithm is completely uncoupled from ethics and morality. A 1980s video of Walter Kronkite talking about climate change is surrounded by recommendations of climate change denier videos. It’s an algorithm designed for attention and nothing else.

YouTube radicalises you – it pushes you into a place of political polarisation and paranoia. It’s easy to do this to humans. Ashley Madison, the site for people who wanted affairs, had a huge data leak. That data was analysed, and they discovered that 90% of the users were male – and that the 1000 most active female accounts were basically bots. People were being tricked into having sexy conversations with software.

Russia’s Internet Research Agency aims to just muddy the waters of discussion, rather than change minds. We’re developing technology that will make this worse – AI generated faced, and DeepFake videos. When people don’t understand how things work, and know information is being hidden from them, it is frightening, and it produces a politics of fear and anger – as we have seen.

3 Manoeuvres for the New Dark Age

Solutions are the problem. Solutionism makes things worse. Instead, we need manoeuvres to cope with our situation.

1. Use the tech we have to produce radically different outcomes

Delivery drivers in London got together in an online forum, and then they used ordering through the app to meet other drivers, and make a protest movement. It wasn’t what the app was designed for – but it delivered a great result.

2. Rethink what we want technology to do for us

Two satellites designed for military spying – but which were never used – are being repurposed to look outwards, to aid research about space. Tech invented for one purpose can be turned around to more positive purposes.

Athenian democracy was run from a machine that was visible in the public square. Everyone could understand how their democratic process worked – they could see it.