The parallel worlds of culture

Digital cultures are fundamentally different not only from mass culture of the 20th century, but also from each other. They'll probably develop a new kind of public sphere. 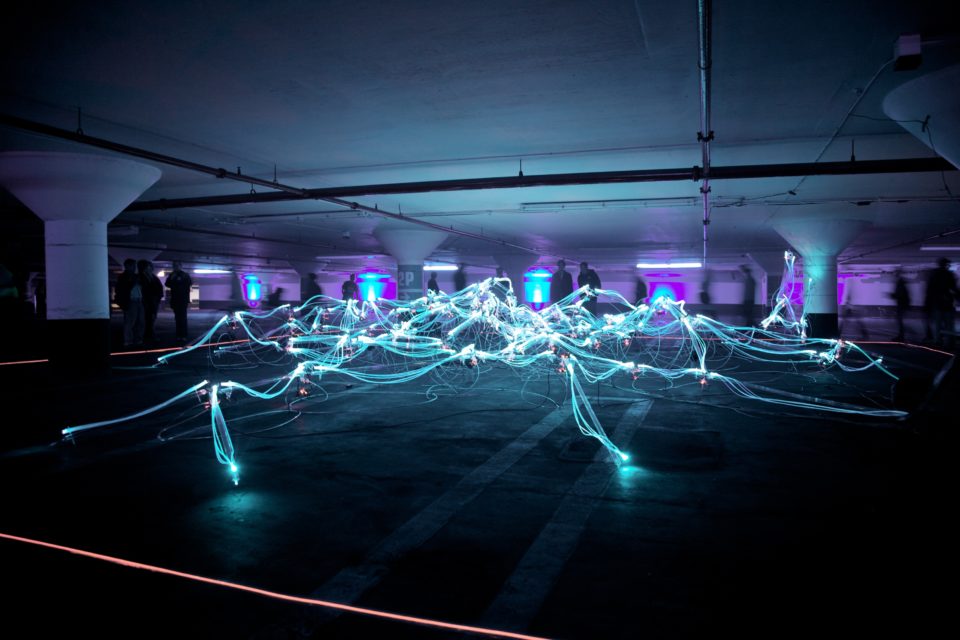 NEXT owes a lot to Steve Jobs and how he saw the world. There’s a famous quote that gets to the heart of it:

It is in Apple’s DNA that technology alone is not enough—it’s technology married with liberal arts, married with the humanities, that yields us the results that make our heart sing.

We’ve long hold up the notion of NEXT being focused on the intersection of business, culture and tech, rather than just tech. Technology is the culture. Or at least a culture. But we’ve written surprisingly little about culture in general and the parallel worlds of culture in particular. Especially in a year dedicated to Parallelwelten.

Different cultures tend to live in their own parallel worlds, with little or no contact to others. While in the past primarily geographical distance and language barriers divided cultures, these days cultural distance itself has replaced geography and language as main differentiators. Digital technology allows people to build and maintain cultures over geographical distance, and English as the lingua franca of the internet is a major building block of digital cultures.

Digital culture in its tribal phase

Cultural distance manifests itself through politics, ethics and moral, beliefs, habits or arts. Digital culture currently is in its tribal phase, and that means we’ve a long way to go. The mass societies of the 20th century are crumbling under the pressure of digital tribalism, and the new elite defines itself through moral superiority. According to philosopher and publicist Alexander Grau:

To be an elite becomes a question of attitude and lifestyle.

Their characteristics are openness, interactivity and creativity – all moral categories in his view. As Grau points out, we see a new kind of culture clash where not only values collide, but also incompatible concepts of value resources. Communication between the new elite and the rest of the world is difficult. On the surface, both camps still speak the same language. But in fact the two milieus use their own idiom, which can no longer be translated into the idiom of the opposite side.

With this analysis, Alexander Grau holds a mirror up to us. The digital industry and we, who happen to work in it, are clearly part of this new elite. We are creating and sustaining the cultural distance to those who aren’t part of it.

Digital cultures are pluralist. They are about difference and distinction. To an extent, digital cultures disrupt the pillars of mass culture and nation states. Since culture is a strong mode of integration, political and public institutions are weakened, at least with regard to discoursive practices and symbolic interaction.

As long as nation states retain the powers to impose taxes or provide security, they won’t disappear. But in the global digital sphere, both powers have come into question. Nation states struggle to tax the digital behemoths or ensure digital security. And while consensus was the modus operandi of mass culture and mass societies, it has now been replaced by polarisation and division.

And this means more fighting and less compromise.

The decolonisation of cyberspace

Digital cultures will probably develop a new kind of public sphere, with their own political institutions, taxes and security regimes. The late John Perry Barlow declared independence of cyberspace as early as in 1996. But until today, very little governance emerged in this space. To a great extent, cyberspace effectively has been colonised by the digital giants that are now on top of the global economy.

This is likely to change. For a playbook, look at the history of colonialism. The decolonisation of cyberspace will require a revolution, which means a change of elites. The dictatorships of the Zuckerbergs need to end.

I’d like to borrow the closing words from Ben Thompson:

The fact of the matter is that the world is fundamentally changing, just as it did five hundred years ago. At the same time, that change will take time — the printing press was invented in Germany in 1440 and yet German unification did not happen until 1871 — and will be guided by choices we make along the way. The sooner we recognize that transformation is coming, the more readily we can reject authoritarian attempts to hold onto the world as it was, and create the world we want to see.

Photo by Marius Masalar on Unsplash