Every week we take a closer look at the new normal and talk about changing behaviours that are forming in these strange times around the globe, and which of them might last. This week was obviously dominated by the reactions to the killing of George Floyd: The protests in the US and elsewhere (like in Sweden on the picture above), the ways politicians, public figures, brands and platforms responded and the question – what can we do ourselves to change this unbearable situation.
As mentioned in this week’s What’s NEXT episode, three things struck us the most in this context:
/ Racism is very deeply woven into our societies – not only in the US. So becoming aware of biases of any kind and of one’s own misconceptions is a bigger obligation than ever.
/ Staying silent on these matters is no longer an option. This is also true for brands and digital platforms. But being outspoken about this is not the only step forward, companies and institutions must lead by making diversity and equality a core value.
/ While we witness a polarisation of societies, we also see growing parts which, aim for a future that is more just for everyone and are willing to fight for it.

So we all have to think about our own role in this. And how to make a difference.

Imagine a society with a minimum of touch. No handshakes, no hugs, no pat on the back, even touching objects touched by strangers is forbidden. We are told to keep our distance and have to imagine a 1.5-meters space between us and everyone else. And unfortunately, we are really terrible at it, as it is not in our nature. So what are we going to do? The Smart Distancing System (SDS) developed by the Dutch artists Jólan van der Wiel and Nick Verstand combines motion tracking with computer-guided laser beams, offering playful guidance on how to move through public space. This is a pilot version, but they are working on the real application right now. 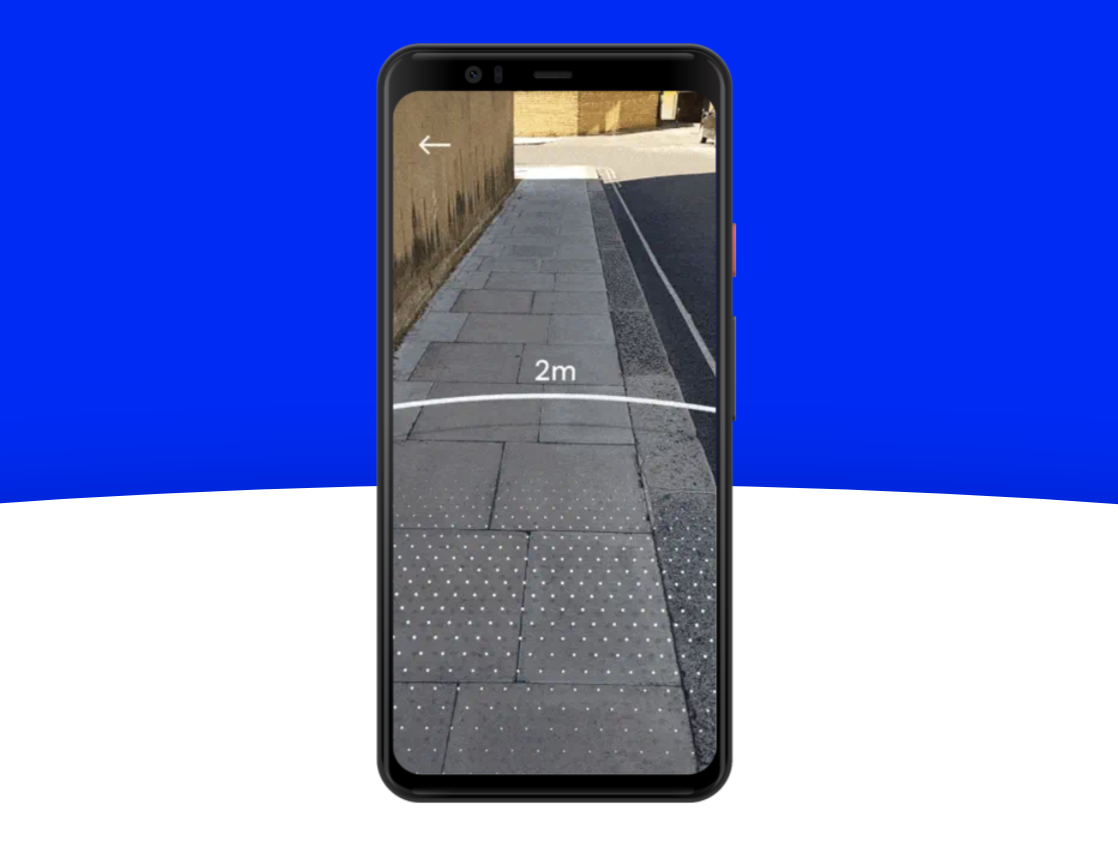 Another example, developed by Google for Android devices, is SODAR. Just open up the Chrome browser and go to goo.gle/sodar to launch the tool. Your phone will use augmented reality to map the space around you, superimposing a two-meter radius circle on the viewer from your camera. Not super practically on a mobile phone, but helpful if you can combine it with glasses…

TRACK OF OUR LIVES

All over the world, tech companies and governments collaborate to use phone data and contact tracing in their search for a better way to fight the virus. Latvia just launched the first app globally that uses the Apple and Google data: ‘Apturi COVID’ (Latvian for ‘Stop COVID’) now available for 2 million Latvians. The app complies with the requirements of the General Data Protection Regulation (GDPR) and they offer the source code for any government that wants to do the same. Switzerland is on the same track.

Apparently, it is the most popular app in the app store, but only 40.000 people have downloaded it so far. Smartphones with the Apturi COVID app exchange signals or digital “handshakes” via Bluetooth, which will be encrypted on the user’s phone. If one phone user becomes ill and gets tested, the other will be warned that he or she has been in contact with a Covid-19 infected person. The infected person and the place where the contact took place will remain anonymous to the user. And your phone will only exchange data if you are close to someone else for 15 minutes or more.

Anyone interested in these issues should also take a look at the incredible system that’s been built in China to trace and contain the virus. Government agencies have enforced the cooperation of Big Tech such as Alibaba and Tencent, as well as citizens. An app called the ‘Close Contact Detector’ pretty much rules daily life for hundreds of millions in China right now. It tells you if you’ve been in contact with anyone known to have the virus. If it displays a green screen, you’re allowed to go out; if your screen turns red, you need to stay at home. You need to scan a QR code on this app to be allowed to enter lots of shops and public transport. A fascinating insight into how tech-fueled authoritarianism can help contain the virus; of course at the expense of data privacy. Will this system ever be totally dismantled? How will it tie into the wider Social Credit Rating system? Huge questions ahead. 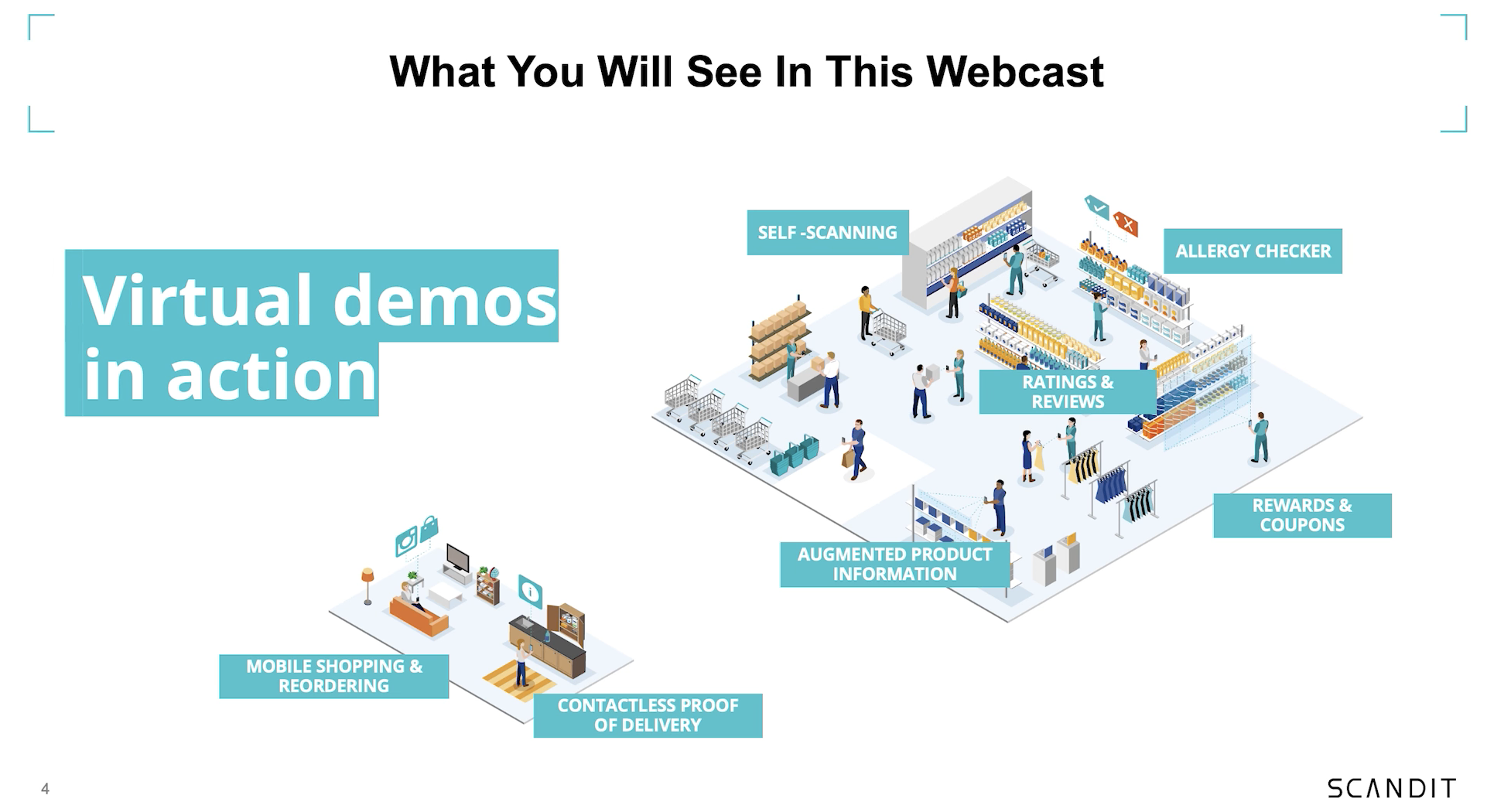 We’re not going to see anything quite so intense in Europe. But tech is likely to change our daily lives and business for many in years ahead. The Swiss startup Scandit makes software that turns a phone into an enterprise standard barcode scanner and object recognition tool. The idea is, that everyone in shops can scan their own shopping and leave, rather than passing through the tills. Scandit says shopping entering a semi-permanent new normal of long waiting and social distancing, and their tech can help.

We’re going to see this everywhere. News came this week that the Dutch fintech giant Adyen is helping the famous Rijksmuseum reopen by installing tech for cashless payments. You can now purchase tickets and pay at the cafe by scanning QR codes or using digital wallets such as Apple Pay. The story here is one we’ll see repeated in other ways too: a trend – in this case towards cash- and touchless payment – that was already underway will be accelerated by the crisis. What about McDonald’s and their touchscreen ordering technology? That is relatively new, and now it seems they may have to seriously rethink it; no one about to eat wants to touch a glass surface that a million other people have touched before!

Speaking of the way the lockdown has changed our lives. A lack of sport and sports broadcasting has pushed people to some strange new viewing behaviors lately. One massive beneficiary has been a channel called Jelle’s Marble Runs. Yes, this is the world of competitive marble racing! This channel, run by Dutch brothers, has been around since 2006, but has seen a massive spike in viewing figures lately. Now over 1 million subscribers are part of this excitement. Stage races, commentated – the video above shows a Marbuler E event that is supposed to reproduce Formula E race car events. Addictive!

And there is more! These two mild-mannered Englishmen have had a hit with their channel Cracking the Cryptic, all about solving Sudoku puzzles. Almost 1 million have watched their most popular Miracle Sudoku video; these guys are heros in the world of competitive puzzle solving.

But there is a serious point to it: as some traditional jobs evaporate, more and more work will be about human connection: caring for each other and ENTERTAINING each other. Not everyone is going to be PewdiePie with millions of subs and a huge empire; but many will make a decent living from an audience of a few thousand. However niche your interest, there is an audience out there for it!

Oh, all these things digital! Let’s end this news bit with something uplifting and physical. Here is a wonderful initiative from Rotterdam. A lot of people will not be able to travel abroad this summer. That’s why in Rotterdam they work on “holiday streets” – locals get the tools to make their own street into a holiday destination. Traffic is rerouted, pools and games for the kids, and so on. Drift, a research institute for transitions, helps the inhabitants to find out what works – whole streets need to cooperate after all – 15 streets are willing to try this out. Previously Happy streets and Dream streets did something similar.

So if you look at the world and things look miserable, look around you and there’s treasure everywhere, in the words of Calvin.

Photo by Teemu Paananen on Unsplash.