This is the news this week that TikTok are pulling out of Hong Kong over concerns about increasing Chinese interference in the city.
You will have all seen that China is moving to increase its control over Hong Kong, and recently passed laws that allow political activists to be transferred to the mainland for trial. It all amounts, say some, to an attempt to integrate Hong Kong into China, and this is raising concerns for a number of Big Tech players, who now fear that operating in Hong Kong may mean having to obey strict Chinese censorship laws, and may also mean sharing data with the Chinese government. The US is pretty keen that platforms that operate in the US do not share data with the Chinese government.

TikTok is actually owned by a Chinese company, ByteDance. But it’s always been at pain to draw a sharp divide between the version of TikTok that operates in China, which is called Douyin, and the version that operates across the rest of the world. So now it looks as though China is moving in on Hong Kong, it doesn’t want TikTok in Hong Kong. 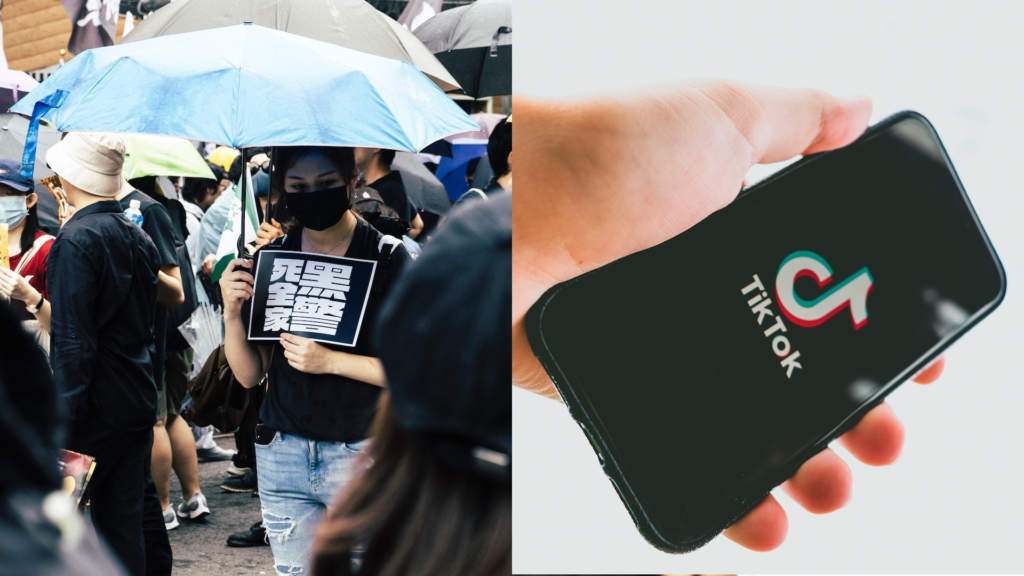 Photos by Kon Karampelas and Should Wang on Unsplash.

But it’s not just TikTok. Facebook, Google and Twitter have recently stopped responding to requests for user data from the Hong Kong government.

Right now this is a story about Big Tech companies and Hong Kong. But it’s not hard to see the far broader implications here. If these trends continue to develop, it’s possible to foresee a future in which the internet is effectively divided in two; on the one side will be the internet of China and its allies, and one the other the internet of the US and its allies. It’s notable that India recently banned TikTok and a whole host of other Chinese-owned platforms. And given that the internet is woven through everything now, a divided internet means a divided world.

This is really the scenario that the science fiction writers should be working on: what does it look like when the world is divided by a great firewall in this way?

Photo by Markus Spiske on Unsplash.

Now that is all for now for the world of online digital worlds, what about the real world? The physical world, where walls keep us apart? Even these walls are now going digital.

The Trump administration has awarded a major border security contract to use artificial intelligence on an unprecedented scale, to create a “virtual wall” along the border with Mexico. “Hundreds of solar-powered mobile surveillance towers with cameras and thermal imaging will detect moving objects and feed an artificial intelligence system capable of distinguishing among animals, humans, and vehicles, sending location and mapping information right to the cellphones of U.S. patrol agents”, as the Washington Post reports. Now guess who founded the company that won this contract? Seriously. Anduril’s founder is 27-year-old Palmer Luckey, who sold his previous VR company, Oculus, to Facebook for $3 billion in 2014.

You cannot make this up. Entertainment goes full surveillance here.

For this news-section, we also revisit a theme we have discussed before: digital worlds and how people find meaning online.

The current pandemic has provided a business boom for digital entertainment companies. We talked about “Animal Crossing: New Horizons” before – a game set on an island utopia just had a summer release, now you can go swimming or diving. There is a lot of discussion going on there, as apparently you can now swim around someone’s island and access protected areas!

Fortnite – 2,5 years old – now has 350 million players – up 100 million from last year and it is transforming into a social platform – with an in-game cinema, performances by real-world artists, and lots more.

And there are further examples coming from the game world that have been around for a long time and that show how the real world is reflected in digital worlds.

The Sims is a game that was first released 20 years ago and has sold nearly 200 million copies worldwide. As reported by the Insider, content makers have been getting creative and have started to build a work that reflects the new reality of the pandemic era.

Here you see work by “Blondie Simmer”, who has created a series of “quarantine vlogs” within the game, roleplaying out the pandemic. She creates cinematic videos of Sims following the medical advice of many health authorities around the world, being socially distant, and wearing masks when able. 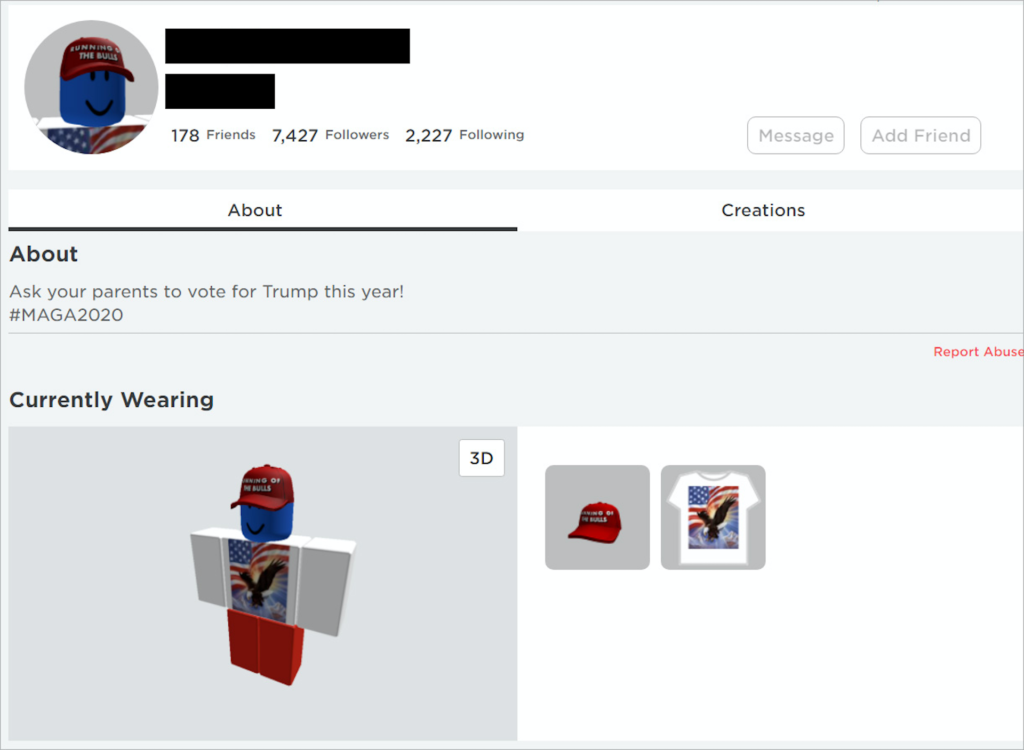 Roblox is an online game platform released in 2006, with user-created games in many genres and over 100 million monthly active users mainly kids between nine and 14.

As the BBC reported players started to get in-game messages urging them to support Trump in the November vote. “Hacked avatars have been dressed in existing in-game accessories that resemble items worn by Trump supporters” – including a hat that looks like a Maga hat, or a T-shirt featuring an American Eagle. How very 2020.

Do you miss the office? 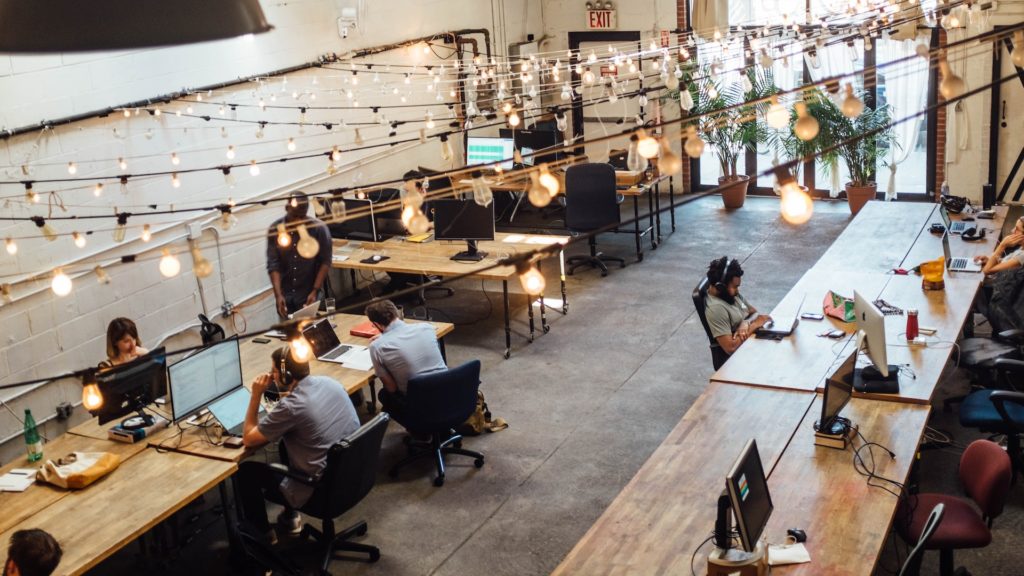 Photo by Shridhar Gupta on Unsplash.

In a survey of US workers conducted in April, over 70% of Gen Z and 60% of millennials felt less connected to what is going on at work, compared to just 50% of older workers.

It’s actually not hard to see why it might be younger workers who miss the office most. After all, many of them are living with three of four people crammed into a small apartment, no one has a desk, and you can’t hear yourself think. And it’s younger workers who are most in need of the kind of mentorship and informal learning and new opportunities that pop up via random conversation and interaction in an office.

It’s an interesting reversal though. For years trendy startups have tried to lure young workers with the promise of flex working, which means lots of working from home and cafes. Now the big thing to lure young workers may well be: “We have an office! And there are old people there, who can teach you things!”

The event experiences of the future

Obviously we are obsessed with the future of events. What is possible with online happenings: what do they mean, what new formats are being developed. We want to explore what you can and cannot do with a crowd that connects online, how you can delight or bore them. In the months to come, a lot of events are going to try to translate what they used to know into an online experience. And this is not easy!

It is truly an interesting time, and we love how artists are involved to make sense of it all. This online world wes developed by Christian Mio Loclair and his team at Waltz Binaire. Next visitors will remember his wonderful talk last year at our conference in Hamburg.

What he presents now, is work in progress – a new technology to experience endless virtual spaces and social environments for humans to enjoy together. Using cutting edge 3D Web technology, they aim to connect everyone from everywhere to everything. Running on every device – directly in the browser – it redefines live interaction on creative planets. We love it, and are keen on using it as soon as possible.

Another example to underline the strong conviction that we really need creative people to figure out what events and entertainment will look like in our new reality:

Nyantic, the company behind Pokemon go, the game that had millions of people walk around in their cities and towns to find digital goods – has just announced it is going to work with PunchDrunk, the theatre group. PunchDrunk runs theatre experiences like “Sleep no more”, where you enter a building and walk around to experience unexpected scenes, while you are part of the experience yourself. As they say, “We believe that the future of interactive audience experience will be at the cross section of gaming and theatre.”

So anyone out there listening reading this: if you have seen an interesting format, an unexpected way of bringing people together online, an experience to remember or have an idea to build one yourself please let us know. Monique will spend this summer writing an overview of everything we’ve spotted out there and will share it with all of you at a later point.

Finally, we had to show you this:

There’s a well-known YouTuber called MrBeast. Perhaps you’ve heard of him; he has more than 38 million subscribers. He’s done a number of insane stunts over the years, including a video of himself saying the name of another YouTuber, Logan Paul, 100,000 times in a row, taking him 17 hours. Yep, that’s how this guy got famous.

His latest stunt was run in collaboration with an internet collective called Mischief: a game called Finger on the App. Basically they built a special app, and the game is simple: everyone starts playing at a certain time, and the last person to take their finger off the app on their phone screen is the winner. The prize was 20,000 dollars, and there were hundreds of thousands of players all around the world; go and check out some of the YouTube videos they made of themselves holding their phone screen for seven hours straight. In the end MrBeast had to call off the competition early when three players lasted 12 hours, and each won 20,000.

So that’s where the lockdown has brought us to. We’re 30 years deep into the internet revolution, and this is what we’re using it for. Hey, we’re only human.

So, how long can you keep your finger on or off your phone screen?