What can you learn from a museum of German failure?

Why were Germans so fascinated with the Museum of Failure? Samuel West has some ideas - and they might change how you think about innovation. One of the most warmly received talks at last year’s NEXT was Samuel West’s about the Museum of Failure. He’s been collecting examples of failures both heroic and small and bringing them together in a museum where we can learn from them. The scale isn’t important – the lesson is.

You can catch up with his talk via my liveblog, or the video:

The physical museum itself in Helsingborg, Sweden had just closed last September. It was only planned to be open for the summer, and although it was more than successful enough to continue, the venue had only been booked for those few months.

But it’s coming back. In Munich. Yes, failure is coming to Germany.

I couldn’t resist the change to ask West: “Why is he bringing the Museum of Failure to Germany?”

West laughs. “I’ve had disproportionate interest in the museum and its message from German visitors. And it’s not just German nationals – it’s also German speakers like Austrians and Swiss.”

Beyond schadenfreude to learning

However, this isn’t just the Germans indulging in many British people’s favourite German word: Schadenfreude. There’s more to it than that. West digs deep into his own speculation: “Germans never fail – at least, that’s the image that, as a nation, they’ve very successfully projected to the world, one of superb quality and precision in their work and products.”

That image, compelling as it can be, may not be the most useful in 2018. “Germany has both a deeply conservative culture – but also an open culture. It takes a lot more to provoke a German than, say, a Brit.”

I concede the point.

Samuel explains that openness is vital to the country’s future. When it comes to organisations and innovation, German business leaders are actually aware of the need to innovate, and they need to let go and reevaluate their whole stance on failure.

“That’s positive – most countries are not there yet. And the Germans are ready to take action.”

German companies still tend towards the hierarchical, and they struggle with failure. Less structured organisations – like Scandinavian ones – have fewer consequences for failure. Asia is on the other extreme, with extremely hierarchical companies with a very high perceived personal cost for failure. 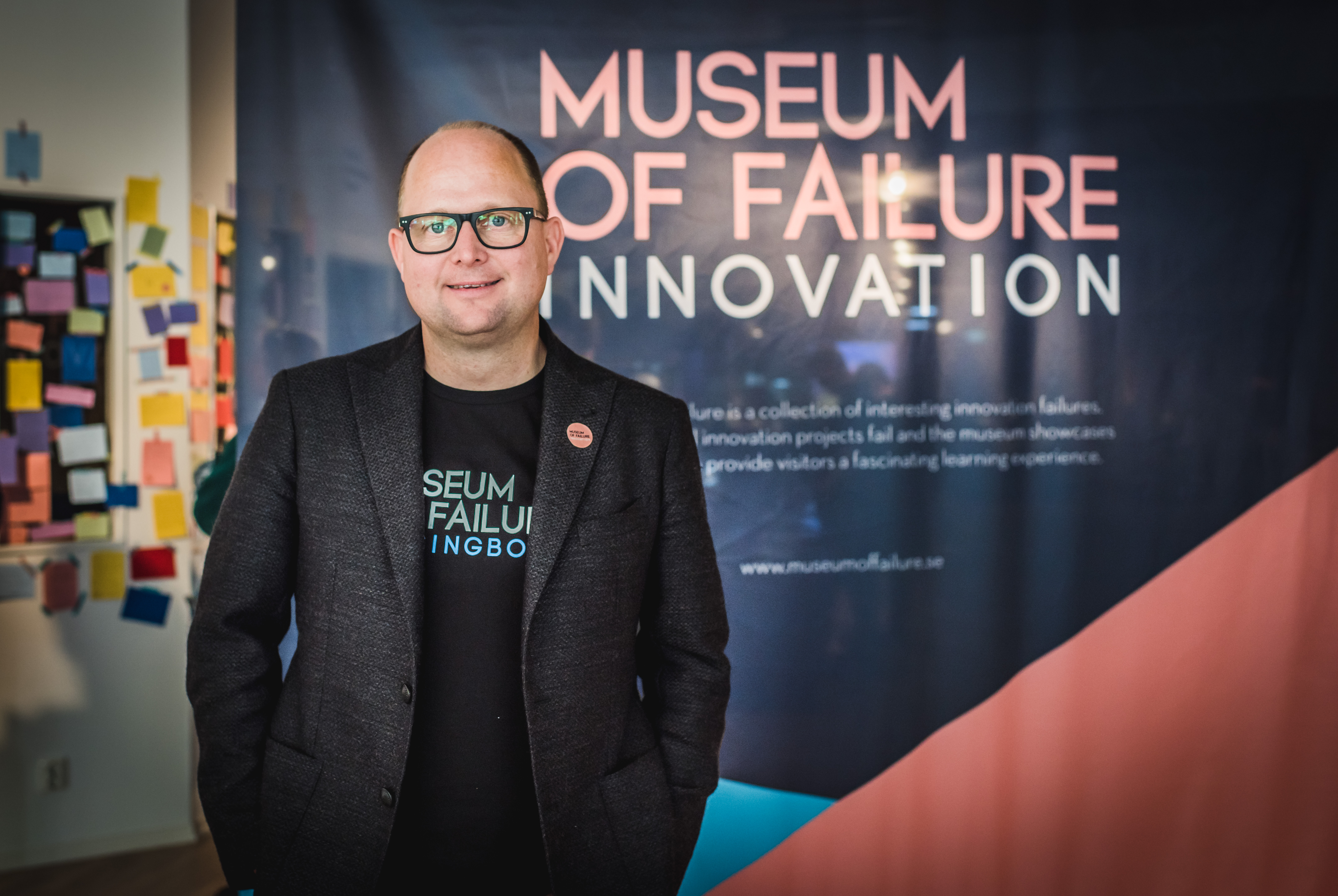 West put out a call for German failures – and he was pleased by the volume that came in. Many people cited the new Berlin Brandenburg Airport. Originally planned to open in 2011, it now looks like it won’t actually go into operation until 2020. Throughout the years we held NEXT in Berlin, I always expected that I would be flying to Brandenburg the next time. It never came true.

Another one was a German-made web tablet, a potential competitor to the iPad.  The WeTab (its website is still there, a moment of early 2010s web design captured in aspic) considered itself as the better iPad due to the fact that it ran on Android. It quickly disappeared from the market, after a presentation in which an error notification kept popping up….

Another fun one was an inflatable warning device for trucks. It’s a bright orange self-inflating figure that draws attention to the stranded truck. “It’s a great idea – but it never took off,” he says.

Many people suggested Walmart’s failure to enter the German market. That’s more of a failure of Americans, though, and doesn’t suit the museum.

Another popular one was the NH90, a new fly-by-wire, multipurpose helicopter. It was being jointly developed by a group of European countries, including Germany, France, Italy, The Netherlands, and The Untied Kingdom. You might be amused to note that the UK exited the project early…

As West points out with more than a little glee, it was designed for use in naval settings – but it rusted. They went into service in 2013 in Germany, but the whole fleet was grounded by 2014. It’s only now coming fully into service.

In true failure style, the Museum of Failure is missing its German opening deadline. It was planned to open in the Autumn this year, but has now slipped into next year – with a date of March or April planned.

That does mean, however, that you still have time to submit your examples of German failures. “They don’t have to be big ones, either,” says West. “Small and silly can be just as interesting and revealing.”

Some existing suggestions, shared on the #faillikeagerman hashtag include: