A short walk through our first book

Here at NEXT, we are somehow obsessed with the near future, culminating in the question: What's next? We've published a book, printed in German and as an e-book in both English and German, to spread some insights worth spreading. 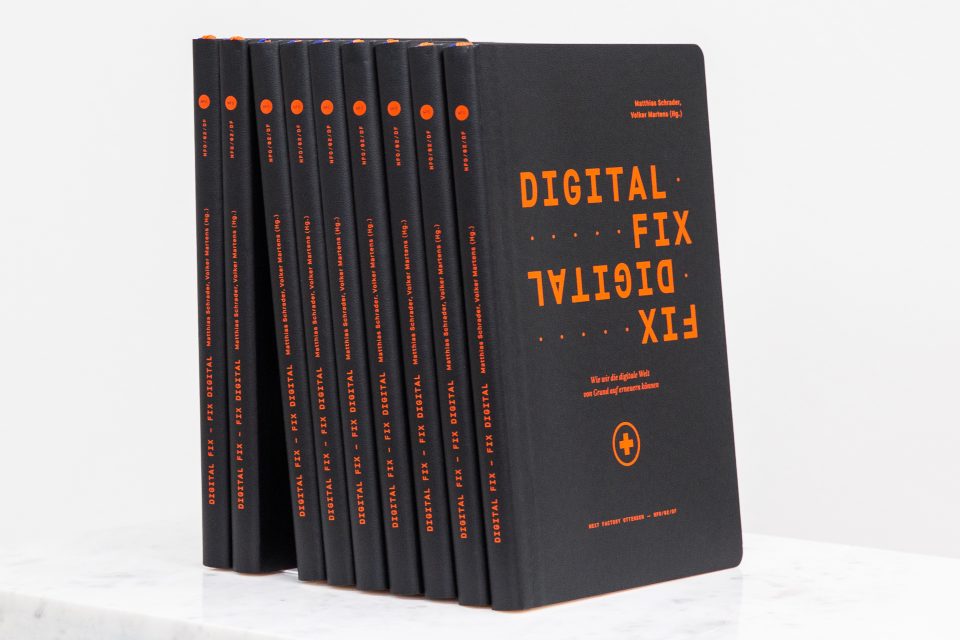 Here at NEXT, we are somehow obsessed with the near future, culminating in the question: What’s next? Since the future per se is unknown, we look at places where it has already arrived. But we still don’t know whether the future we see at certain places will ever be distributed, evenly or not. So we also need to assess the past, looking at long-term trends and comparing what really happened to what was promised early on.

That’s what fellow blogger Adam Tinworth did in his piece for our NEXT Book. It is sobering to be reminded of the idealistic euphoria of the mid-nineties.

We were, perhaps, the first victims of digital bubbles. We were trapped in our own little sphere of self-selecting early adopters. We hadn’t yet realised how homogenous that group was, or how different things would become when all the rest of humanity followed us into cyberspace.

Twenty years later, things have changed quite a bit, and now we are talking about possible fixes for the digital mess we’ve created. It has become very clear this year that some minor fixes here and there will not suffice. Instead, we need a major redesign. Pamela Pavliscak asks: Can we design for well-being? To achieve this, we need to fundamentally change the way we design technology. For the book, she has expanded her post, adding a lot of depth.

Since we now have learned at least something from the first waves of digital transformation, we could perhaps apply our insights to upcoming technologies, like augmented reality or artificial intelligence. David Mattin does the former, discussing what he calls Augmented Modernity, as a possible departure from central pillars of modernity, induced by technologies like AI, VR, robotics, and automation. (An earlier version of his article appeared at NewCo Shift.) His concluding question: What do we really want?

On a more practical level, Fifer Garbesi proposes a framework of an open-garden VR ecosystem, avoiding some pitfalls and traps we came across during the rise of the internet.

VR provides a powerful tool with which to shape our identity, a tool that could lead to powerful societal progress or terrible detriment. Now is the time for a discussion regarding ethical design, content, data management, and platform creation.

François Chollet scrutinises recent developments in the field of artificial intelligence. What deeply worries him when it comes to AI:

the highly effective, highly scalable manipulation of human behavior that AI enables, and its malicious use by corporations and governments.

His case in point: Facebook and the kind of manipulation they already do today, not to mention their massive investments in AI technologies. How AI can be done responsibly is then explained in great detail by Virginia Dignum. (See her posts on Medium for more, or buy the book.)

Besides these more practical questions raised by certain technologies, there is also a need to discuss political, economical, or philosophical issues. Stephan Dörner revisits the idea of an unconditional basic income. (Here is his article in German.) Nika Wiedinger documents a workshop discussion on “Democracy or Technocracy?”.

Tech companies are unbeatable in their self-confidence. Politics and the state are no longer needed; these companies are convinced that business and technology could do better.

Yours truly tries to summarise the dichotomy of digital fix – fix digital, concluding that

the direction of change is not predetermined by some integral forces of technology itself. We, the human beings, need to be at the helm of technological innovation, to understand what’s happening and to drive the change.

The final chapter of the NEXT Book was written by Tobias Revell. He asks the technology world

to think and create in a way that is neither doomy and concerned nor blindly optimistic.

We need a third option, and that is up to our imagination.

If you have made it to this point, you may ask yourself why you should buy a book which is in most of its parts available online for free. That’s an easy one: We’ve published this book, printed in German and as an e-book in both English and German, to spread some insights worth spreading. This stuff should be available as freely as possible. Thus, the book is licensed under CC BY-NC-ND 4.0.

On the other hand, designing, printing and shipping a book costs money, so someone has to pay the bills. If you buy the book, you pay for a better experience. (In case you prefer a printed copy or an e-book on your favourite platform, that is. Or you are looking for a nice Christmas present.)