David Mattin: addressing complexity with a new model of humanity

We are being overwhelmed by complexity - and it's fracturing our societies. We need to update our model of humanity if we're to have any chance of reversing this. David Mattin is Global Head of Trends & Insights at TrendWatching, where he writes and speaks about technological, social and cultural change.  He spoke during the afternoon session of NEXT19 on 19th September 2019. These are our liveblogged notes from the session.

What is the defining characteristic of the moment we find ourselves in? That’s an absurdly large and difficult question – and in that difficulty is the seeds of the answer.

We are suffering from overwhelming complexity.

People are responding to that by creating their own narratives, to make sense of this complexity. And the internet is amplifying that effect. Maps of social media connection by opinion show what you expect: people fell into echo chambers of like-minded people.

Our politics is increasingly becoming full of simplified narratives – they are fairytales that bear very little relationship to the reality of the world, and its inherent complexity. We used to think that authoritarianism was the big danger. But, as it turns out, Brave New World was a better prediction of the future than 1984.

Nobody did this to us. We did it to ourselves. We made the choices, bought the devices, used the services. We can’t tell if some of these things we use are the best or the worst things in our lives.

Is our society an utopia or a hell on earth? 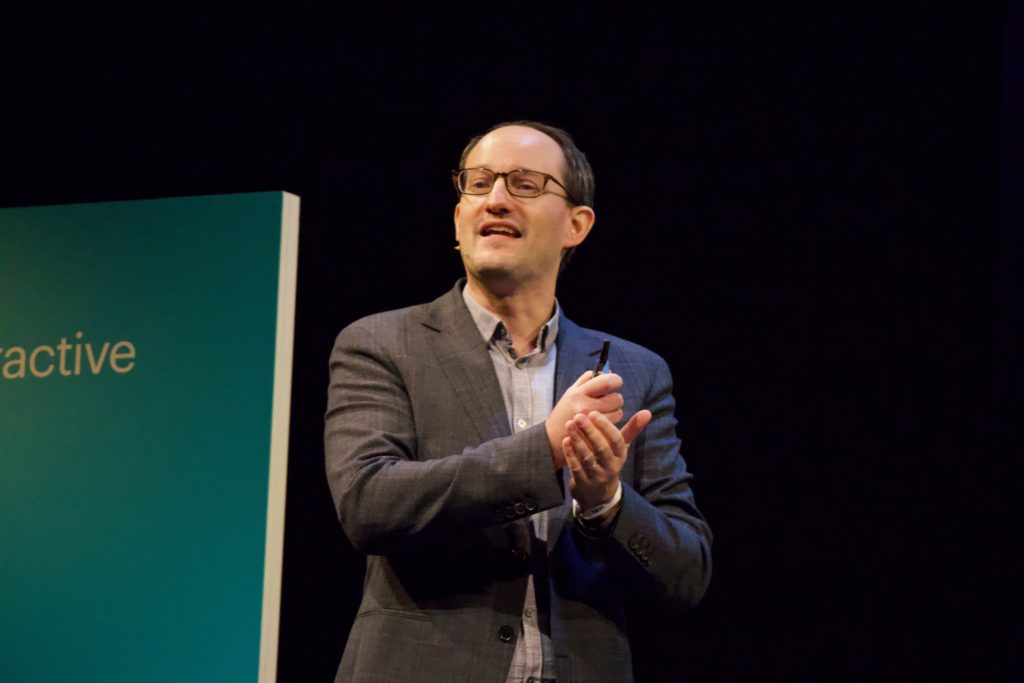 Our broken model of humanity

There is, though, one core narrative that underpins this. That is the story that we tell ourselves about the model of human beings we have in our heads. We think of the human as a rational decision machine, a model that was gifted us by the enlightenment. We’ve layered a technology filter on that. We think of the body as hardware “running” our rational, almost algorithmic software.

That model isn’t true. We are not rational deciders. We are very rarely rational in our decisions. We don’t understand human consciousness, but there are good reason to think it is not essentially algorithmic.

We need a new model.

A new model for a human being

Here’s a suggestion, a starting point, based on three ideas:

We are socially constructed. We are not atomised sovereign individuals. We are social creatures that exist within a social collective. We can accept and reject and be accepted or rejected. You can’t makes sense of the individual without that context. We have lost sight of that truth and we need to reassert it.

We are embedded in an environment – the planet Earth. That’s not optional. It’s a necessary part of who we are. “Mars colony”–type ideas are fantasies for now. The technology challenges are huge. The societal challenges are impossibly huge. We are colonisers of this planet – and we are adding a NYC per month and will for 40 years.

It’s time to manoeuvre to a new model of humanity. For you, as innovators, to move beyond the next technology, the next human need, and think about what a human being actually is.

Innovation is not enough. We need collective action. We need legislation. All of those will help the model emerge that will reduce complexity and collapse our fractured realities.