Digital technology can play an important role in the energy revolution. The basic ideas and concepts have been around for decades. 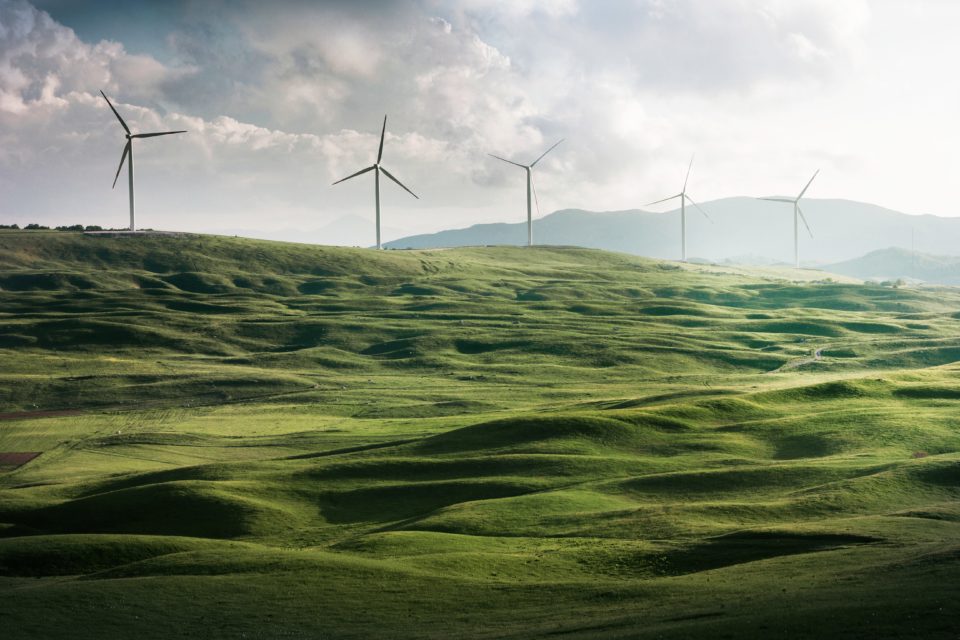 Since the Industrial Revolution, our Western civilisation has been built on fossil fuel (with a bit of nuclear energy, more recently). Over the past few decades, this model went global, leading to climate change becoming a major challenge for humanity in the 21st century. Climate change is a long-term topic that will remain on the agenda, even when other events, like the coronavirus outbreak or the migrant crisis, absorb a lot of attention that used to be paid to our planet’s climate just a few months ago.

Could we, at least in theory, run our world on pre-industrial energy levels? Probably not, since this would require going back to pre-industrial standards of living. How likely is that to happen? And even if we would collectively decide to abandon our civilisation, would that help? FT‘s Martin Wolf calculates:

Relying on actual reductions in output, in order to cut emissions by, say, 95 per cent, by 2050, would require a fall in world output of roughly 90 per cent, bringing global output per head back to 1870 levels.

If we decided to cut our GDP by 90 per cent, this would be €4,134.20 per person per year, or €344.52 per month. (This, by the way, shows that even a completely egalitarian distribution of our national income, where everyone gets exactly the same, would not work when we shrink the cake by 90 per cent before dividing it.)

Does that sound feasible? To get there by 2050, we’d need a 30-year recession with the economy shrinking by 7.4 per cent annually. For comparison: The Great Recession (2008/2009) saw the GDP of the United States decline by 4.3 per cent – over 18 months. So much for the degrowth debate.

According to Darrell Bricker and John Ibbitson, this is going to happen anyway. In their 2019 book Empty Planet, they maintain that in three decades from now, the world population will start to decline, causing a whole kind of other problems. In the words of the Wall Street Journal review:

And those are just a few of the challenges.

However, the decline of the world population will probably come too late to solve the climate crisis. Fortunately, the trend is our friend. As Amory Lovins points out in a paper published together with other experts, energy savings and clean energy growth have already been on track to hold global warming to 2°C for a decade.

The revolution is well under way

This trend of course needs to continue. Even 1.5°C could be cheaper than business as usual, the authors find. The clean energy revolution is well under way. Renewable energy is currently being deployed wherever it is the cheapest option, driving fossil sources like coal off the market. Bloomberg NEF’s New Energy Outlook concludes

that a least-cost deployment of renewable energy would keep power sector emissions on track for a 2-degree trajectory, but only until around 2030. Beyond that, decarbonization would need to be hastened by policy intervention. To achieve a 1.5 degree trajectory as envisaged by the Paris Agreement will need much more rapid transition than economics alone can deliver.

This is good news, as it gives us a decade to set up policies for the time beyond 2030. The clean energy transition relies on a bunch of exponential trends, or learning curves, driving prices for production and storage (batteries as well as other options) down, while scale and volume are going up.

Granted, these curves are not as steep as those in the digital industry. But the order of magnitude is similar. The energy revolution will take more time than the digital revolution, but the impact will be much greater. And, since it follows an exponential path, most of the impact will materialise late in the game.

Think and design in systems

This may be hard to grasp, but it doesn’t make sense to wreck our economies now, just to save a few billion tonnes of CO2 emissions. We need massive investments in clean energy to ramp up the revolution. A shrinking global GDP will make it harder to achieve the goals of the Paris Agreement.

And we need to think and design in systems. In a letter to the FT, Amory Lovins asserts:

Here are two simple truths: systems thinking is part of the solution, and we often overlook the potential of energy savings. Both are interconnected. Digital technology can play an important role in the energy revolution. The basic ideas and concepts have been around for decades: the intelligent grid, the energy net, or the energy web.

I’ll leave you with another quote from Martin Wolf:

We will not stop relying on fossil fuels by choosing universal impoverishment. But we also cannot stop using them soon enough, at our present glacial rate of reduction in emissions per unit of output. So we must massively accelerate technological progress away from burning fossil fuels.

Photo by Appolinary Kalashnikova on Unsplash