Migration is back on the agenda

Are we prepared for the age of mass migration? No, we aren't, says Parag Khanna, who just wrote a book about the subject. 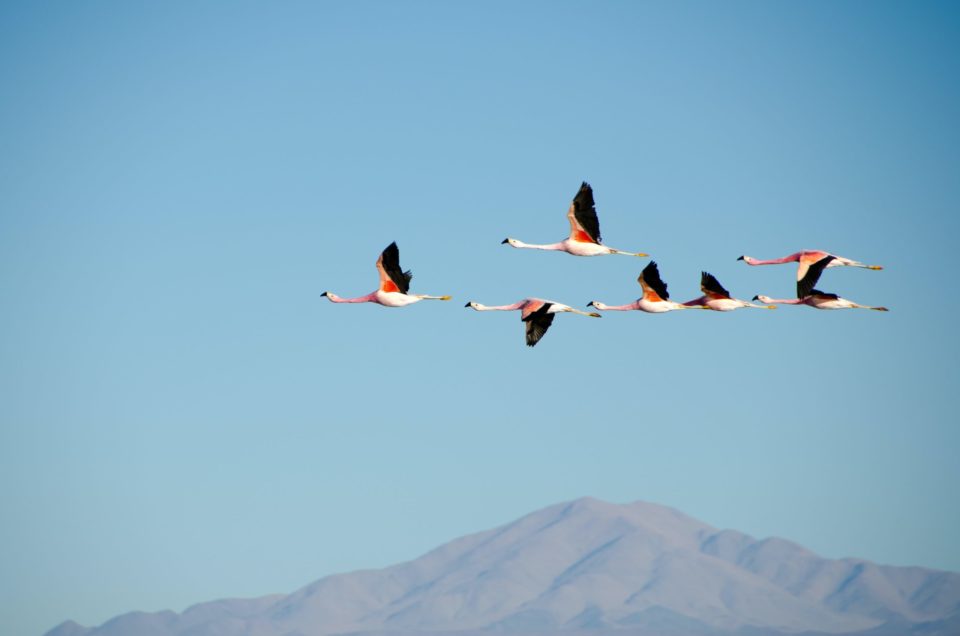 The agenda for the Twenties looks pretty clear to me, and migration is certainly high on it. The hastened end of the Afghanistan mission sent us a strong reminder of that. From the earliest days of history, migration has always been part of the human condition.

I grew up in a region that experienced the phenomenon of migrant workers since the industrial revolution, and possibly before. Craftsmen travelled to work all across the country, but returned to their home turf at least once a year. That’s how they would make a living and support their families, who remained at home to cultivate the land and raise livestock.

The digital revolution has provided us with another layer of migration: now, it’s the digital realm that people migrate to. Some of them are becoming digital nomads. As I wrote a few years ago:

People will always flock to regions, industries and professions where value creation is higher than elsewhere. These days it is the digital sphere where that is the case.

We are already living in the metaverse

These days, the digital sphere is only loosely coupled with the physical sphere. Again, the pandemic has propelled this decoupling further ahead. In some ways, we are already living in the metaverse. So far screens, small and big, are our windows to the metaverse, but the interface may — and probably will — change.

But when both work and commerce went virtual in 2020, and entertainment focused on screens as well, huge parts of our lives already slipped into the metaverse. Granted, it is a dull, early version of a metaverse. But it will improve quickly, since we now have both the users and the technology.

The metaverse is not what Mark Zuckerberg has in mind.

But before we explore the metaverse, let’s get back to migration. For millennia, people were forced to migrate for work, to sustain themselves and their families. Most of the people I went to school with left their home region for further education and, later, work.

In contrast, today’s digital workers are largely free to choose where they live, regardless of where they work. Work has moved to the metaverse. The definition of prosperous regions will change. Migration will focus on better places to live, rather than better places to work.

The Federal Labour Office estimates that Germany needs 400,000 immigrants per year just to sustain its labour force. This will be quite a challenge. There’s no shortage of people wanting to migrate, but Germany finds it hard to manage migration, select qualified immigrants and integrate them. And so, we have been stuck with political polarisation on this issue for decades.

But the middle ground isn’t currently strong enough to support a reasonable, sustainable and ethical immigration policy for Germany. If this doesn’t change, it will be difficult to attract the immigrants needed and set up decent immigration management.

Mobility as a lens

Germany is not alone in its struggles. I don’t want to mention a friendly nation that went so far as to leave a pan-national union of states over this issue… According to Parag Khanna, who will keynote at the NEXT Conference Limited Edition this September (reserve your seat here),

“almost no Western democracies are prepared for the new age of mass migrations.”

Climate change will, of course, be a principal driver of migration for decades to come. While some parts of the Earth will become less inhabitable, others will improve, driving people to move. Parag Khanna estimates that half of the Earth’s population is likely to move over the next few decades. Where will they go?

The author uses mobility as the lens to view our future civilisation. Obviously, that encompasses more than migration. And besides climate change and economic reasons, there are other factors that will drive it: political unrest, demographics, technological innovation, or future pandemics, to name a few possibilities.

For billions of people, constant mobility will be the new normal, if we agree with Khanna. Then, there is domestic migration as well as urbanisation, which is another word for people moving from the countryside to the cities. If we only focus on migration across borders, we severely underestimate the matter.

Parag Khanna expects that migration will accelerate, because the driving forces are gaining strength:

These forces will be multiplied by the degree of interconnectedness that our networked age brings. The result that he predicts is accelerated mobility. And, of course, these driving forces are itself interconnected. The pandemic and its aftermath will only further accelerate the trend, Khanna posits.

During the lockdowns and beyond, people all over the world questioned their living place and looked for better options. Wherever health care has proved inadequate, people are being induced to leave the country. Millenials and Generation Z are on the move, and globally, these groups account for almost half of the population.

They are going to vote with their feet.

Photo by Shwetha Shankar on Unsplash.