2017 predictions: Machine learning, voice interfaces and the politics of algorithms

What will 2017 hold for the tech industry? Here are our guesses…

Predictions are very much a mug’s game. The safe path – as much is there is a safe path – is to look at what’s happening now, and just extrapolate from there. The problem with that is you miss the unexpected things – the things that truly revolutionise the way you think about tech and digital. Luckily, though, these things are rare, and hopefully we can make some pretty educated guesses about how things that are emerging now might develop over the next few years.

Here are my predictions for 2017, based, in part, on some thinking done at NEXT central, as we plan for 2017’s event.

AI and, in particular, machine learning is clearly going to be a big issue in 2017. They’ve been the breakthrough technology of 2016, and, as that work develops, they’ll enable new forms of interface and service we couldn’t deliver up until now. The idea of computers being able to learn and refine their knowledge based on provided datasets with minimal human involvement is a profound shift in the way we see digital devices. It’s already changing some basic aspects of our digital life, from RankBrain being a part of Google Search, to both Apple and Google using it to make photo searching fundamentally better.

In fact, it appears that Google is scaling back on many of its other “moonshot” projects because clearly machine learning is the next big thing.

It will almost certainly not get the attention it deserves from the media – because it’s not a sexy, consumer device bit of tech – it’s a tech bit of computer science. But if you’re in any way serious about digital, you need to get your head around this subject. 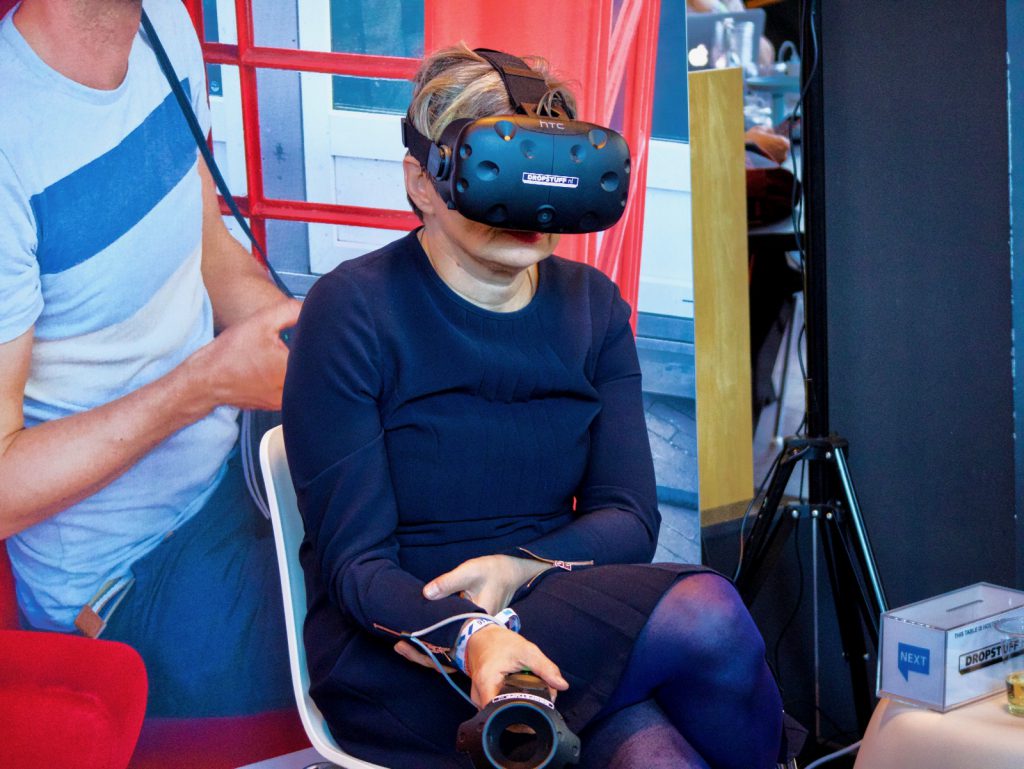 It looks like 2017 will be the year the tech industry will realise it has been backing the wrong horse as the big new interface model. People have been excited about Virtual Reality since the 1980s – remember Lawnmower Man and Tron? – but it remains a long way off fulfilling its potential. Right now, getting in is expensive, and the current devices are more akin to next generation specialist games consoles than mass market devices. Consumer level tech is on the market now from HTC and Oculus, but are pricey and require very powerful PCs to run them – which means even more expense.

Instead, we’ve seen AR seen a big jump into the public consciousness through 2016 – and Pokémon Go in particular – and the realisation that a lot can be done in this space with the device we already have – the phone – rather than expensive new kit. Less sexy from a “new toys” perspective, but more interesting i terms of actual usefulness. However, even that feels like it’s a way off – and there’s a new interface making bigger inroads already: voice. 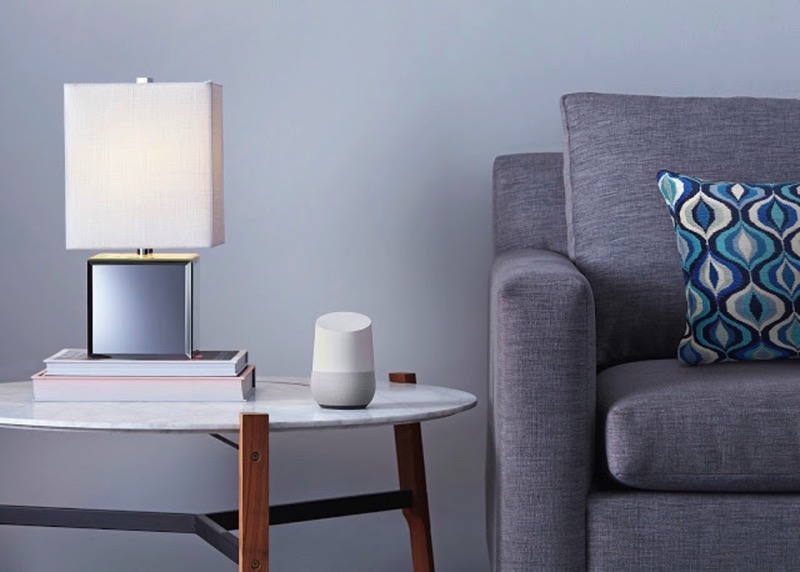 We’ve been getting more comfortable with the idea of talking to your devices since the introduction of Siri to the iPhone back in October 2011 – over five years ago! But, of all companies, Amazon revolutionised the space with the Amazon Echo. The talking cylinder you can talk to is still only available in three countries – the US, the UK and Germany – but is rapidly spreading into the public consciousness and became quite a desirable gift over Christmas. Google’s in the market now, and if Apple has ambitions for its HomeKit system for IoT devices, it needs to be as well. Home voice-controlled kit is about to get big.

A device like this solves a lot of problem – especially with the internet of things. Smart lightbulbs are great – until you realise controlling them with your phone is a bit of a pain. Controlling them with your voice? Now we’re talking (pun intended). Indeed, I suspect that voice may end up as the default interface for the internet of things in a residential setting. Talking of which…

The Internet of Things

The poor old IoT has been on the predictions list for about five years now, but it’s slowly getting there – the components (like a voice interface and mesh WiFi networks) are dropping into place to actually make it work. Which is all great – as long as it can wrestle with the big issue that has arisen: security. With the recent DNS denial of service attack being built on an IOT botnet, the lack of security on most devices has become plain. And people are growing conscious of it, as they invite always-on listening devices into their homes. Basically, the IoT is about to happen – as long as it doesn’t screw it up again in 2017. And rigorous security is the path to that.

Quietly, in the background, the Industrial IoT is still under-discussed, and something people should be aware of. It has the potential to truly reshape societies, as the key transport and distribution infrastructures get faster, cleverer and more efficient. The work being done now in aware, self-tracking devices and machinery, couples with drones for survey and fault-finding and the potential for autonomous or semi-autonomous vehicles to reshape our base infrastructure is not to be underestimated. For all the attention on self-driving cars, this remains one of the most impressive demos to date:

As a few companies start to dominate our communications infrastructure – step forwards Facebook and Google – their algorithmic nature has come under scrutiny. At a simplistic level people assume that computers making the decisions prevents bias. After all, the human is out of the equation, right? The problem is that humans wrote the equations, and so bias is, essentially, codified in the algorithm. And as people get at identifying and manipulating the bias, dramatic things happen. We’ve seen the Gamergate model used to huge impact in Trump’s election campaign in the US, even as questions have been raised about the sort of sites rising to the top of Google.

As the political atmosphere in the West grows ever more febrile, expect the morality of the algorithms to come under ever-greater scrutiny.

Here’s the tricky one: the transformational products are the ones you don’t expect: like the iPod, like the Amazon Echo. So they’re hard to predict.

However, there are some things we can predict. For example, digital transformation of companies is clearly no longer NEXT – it should be now (and we’re moving to the point where non-transformation is a competitive disadvantage, rather than transformation being an advantage.) 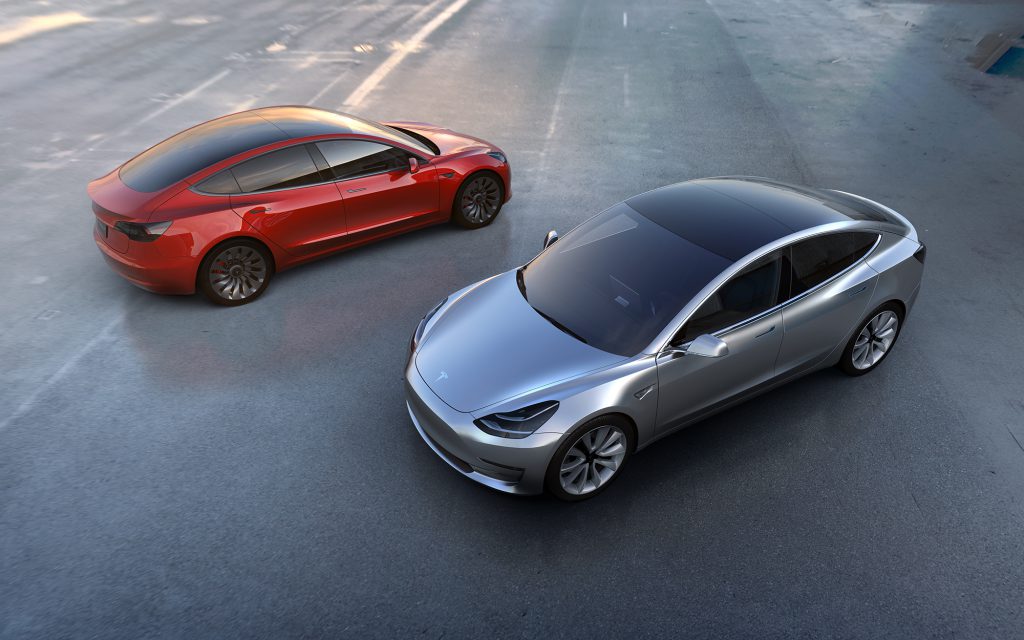 Our attention needs to be moving to the emerging technologies that underlie the next wave of transformative products. We’ve already talked about machine learning, AR and voice – these are technologies you should be comparing against your company’s mission and figuring out if there’s customer value in replying them. It’s also one of the reasons I’ve written quite a bit about Tesla in recent weeks – what Musk is doing with solar power has the potential to transform many industries. Everyone’s still writing about the next transformative app or device (and that is leading to an over-obsession with tech that’s likely to be niche, like VR), and it feels like we need to push a step further ahead into the emerging technologies that will enable the next wave of transformative services and devices that might look very different from the ones we have now.

We’ve touched on this before (and it was our conference theme a few years back), but it’s worth breaking out on its own: the political changes we’re seeing – from an authoritarian-leaning President in the US, to a hugely intrusive security and monitoring bill passed in the UK – might make “secure by design” a key message for product and marketing people – or get them in political hot water. Tech is about to get more political than it’s ever been before and we need to be prepared – and factor it into our thinking.