Work, companies, and offices won't go away anytime soon, but all three will change profoundly. Hybrid work is the next step. 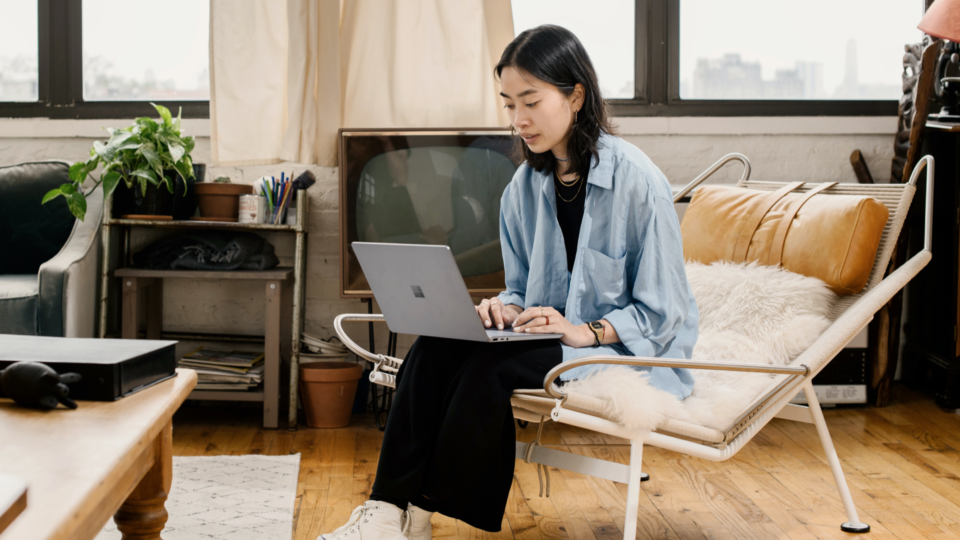 These days, there’s a lot of buzz around hybrid work models. Despite this, there are surprisingly few detailed models of how this will pan out in the near future. What’s clear is that a majority of workers (83%) prefer a hybrid work model, whatever that means. Asked how often they’d like to work remotely if allowed, a whopping 29% of US office workers opted for five days per week. But only 11% of US executives said that a typical employee should be in the office one day per week or less. Instead, 29% would like to see their workers three days a week.

So there is some tension between the wishes of employers and employees, as always. But there’s also a division inside the workforce, since 20% want to work remotely for only one day per week or even less, and another 19% for two days. The extremes of (almost) fully remote or always on-site are both very popular. How can we overcome these rifts? Obviously, we’re in for a great reshuffle of seats. Remote work got a huge boost from the pandemic.

A lot of people will be drawn to companies which, at the very least, allow the option of fully remote work. Some companies will return to the office work strategy of the olden, pre-pandemic days and thus lose many employees. Most will somehow try to muddle through. This is why hybrid models are in demand. But before we try to sketch out those models, let’s have a look at the fundamentals:

The future of work

The third question seems to be easy. In his second letter to the Thessalonians, Paul the Apostle famously wrote:

“Now we hear that there are some of you who are living lives without any discipline, doing no work themselves but interfering with other people’s. In the Lord Jesus Christ, we urge and call on people of this kind to go on quietly working and earning the food that they eat.”

This advice is deeply ingrained into our Western culture. It’s the Protestant ethic and the spirit of capitalism. Work seems to be part of the human condition. Indeed, the employment rate in Germany reached an all-time high of 56% in 2019 and declined only slightly to 55.9% last year. (This number also includes people who are looking for a job.) The other 44% of the population (aged 15 to 74) are teenagers (aged 15 to 19), retired former workers (aged 74 and below) and the minority of people who neither work nor are looking for work, for whatever reason.

A new mode of integration?

Let’s note that a significant part of the population isn’t working and has no intention of doing so. Let’s also note that this notion only includes gainful work. There’s a lot of work outside of employment or self-dependent business. And these numbers are probably inflated by the fact that people must at least pretend to have an intention to work to get access to social security payments. If we adopt a universal basic income (UBI), this would change. With a UBI, we would get a new mode of societal integration besides formal and informal work. (If UBI is feasible, that is.)

The recent popularity of the UBI concept is driven by the promises of automation, which might indeed render a lot of current jobs obsolete – but will almost certainly create many new jobs as well. Let’s for a moment assume that work isn’t going away anytime soon. Maybe we’ve seen peak work in Germany in 2019, but don’t hold your breath for the decline of employment. That will take some time.

The future of companies

The second question is more complicated. Ronald Coase explained the need for companies and other organisations with lower transaction costs on the inside. According to him (and he received a Nobel Prize for this insight), companies emerge when the market as a coordination mechanism doesn’t work as well as companies do. Now, the interesting part is that the internet has dramatically lowered transaction costs and continues to do so. This has first and foremost benefitted consumers, while established companies struggled with their own weight.

We’ve seen new kinds of companies emerging, like countless start-ups, fast and nimble. Some of these then grew into digital behemoths, like Amazon, Facebook, and Google. But only Amazon, due to its huge physical footprint, developed a large headcount, with around 1.3 million workers. Google’s mother company Alphabet employs 135,000 people. That’s only 10% of Amazon’s workforce. But Amazon is truly exceptional, since only Walmart and China National Petroleum employ more people than the tech retail giant (not counting armies, McDonald’s franchise employees, Britain’s NHS, and China’s State Grid).

To sum things up: there are still companies in the digital age, and if they can leverage lower transaction costs through digital technology, they can grow at least as big as their incumbent counterparts. For the foreseeable future, I wouldn’t expect companies to go away.

The future of the office

Let’s get to the first question. For centuries, offices have been the place where companies gather their people to work. But as the term home office already implies, people need a place to work at home as well when they don’t go to the office. People without such a place, for whatever reason, are keen to return to the company office, if they ever left it. On the other hand, people working from home permanently will demand compensation for their extra room and facilities. There will still be offices, just not evenly distributed.

The paperless office got a huge boost over the past 15 months. We digitised many paper-based processes literally overnight last year, sometimes in an improvised but effective way. The company office as a place to store and move huge amounts of paper is obsolete. But what still can’t be done remotely is meeting people physically. As the classical meeting has turned into a Zoom conference, and since a hybrid remote/physical meeting doesn’t work very well with typical conference room settings, we’re set for a round of change.

We’ll see new kinds of meeting spaces and new hybrid settings. And we’ll need more telephone booths in the office, where people can conduct their countless Zoom calls. Open plan office space will only be used when it’s useful, and that’s way less often than many companies thought in the past, when it was the default mode of working. Office usage will be more casual, deliberate, and optional. People will vote with their feet and only come to the office when the experience rewards the extra effort.

Hybrid work is the next step

Company offices must be dramatically better than home offices to be attractive, and obviously, this threshold varies between different employees. Companies are going to measure office occupation, adjust capacities according to demand, and improve the office experience if they want people to show up. Perhaps every third employee will only set foot in the office occasionally, and we need to deal with that.

The company office has turned into a resource available to the employees on demand. It’s now more of a clubhouse where employees have exclusive access. Some are regulars, while others only show up from time to time. The digital revolution and the pandemic have disrupted work, companies, and the office. None of them will go away, but all will change profoundly. Work, companies, and offices have been virtualised to a certain degree. Hybrid work models are a step in between, like hybrid cars. The office is dead, long live the office.

More about work and the office

Last updated on October 14, 2021. Photo by Surface on Unsplash